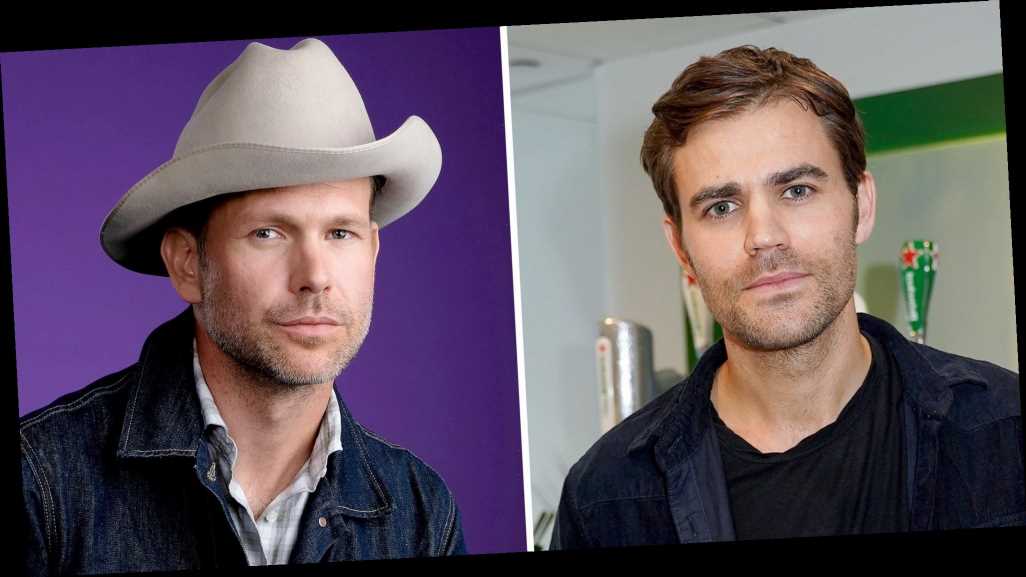 Their fangs are out. Paul Wesley and Matthew Davis duked it out over social media while watching the 2020 vice presidential debate on Wednesday, October 7 — and threw it back to their former Vampire Diaries characters in the process.

‘Vampire Diaries’ Cast: Where Are They Now?

In several since-deleted tweets, Davis, 42, acknowledged that he thought Vice President Mike Pence should be given ample time to respond to the moderator’s questions without being interrupted. His posts sparked a lengthy back-and-forth between him and Wesley, 38, who disagreed with his former costar’s perspective.

“It would also be nice if pence answered the question he was originally asked rather than deflecting,” the New Jersey native replied, invoking a heated response from the Legally Blonde actor.

“Paul likes to vote for criminals and losers, just like he did in 2016,” Davis wrote in a post that was later deleted. “Your opinion on the matter carries little weight as far as I’m concerned. Next.”

Wesley wasn’t deterred by the harsh remark. “Guys Alaric drank some vervain he’s losing it,” he quipped, referring to the herb used to protect characters on the fantasy CW drama from falling under a vampire’s influence.

The Vampire Diaries aired for eight seasons from September 2009 to March 2017. Wesley portrayed Stefan Salvatore, who was turned into a vampire at age 17 during the 1800s. He was the main love interest of Elena Gilbert, who was played by Nina Dobrev. Davis, for his part, made recurring appearances on the series as Alaric Saltzman, a vampire hunter seeking to avenge the death of his wife. In October 2018, Davis reprised his role in the Legacies spinoff, currently airing on The CW.

Every ‘Vampire Diaries’ Character Who Died and Came Back to Life

As the former colleagues continued their Twitter war, Davis took aim at Wesley’s “super classy” fans and made it clear that he wasn’t interested in their witty responses, writing “Yawn” in a separate post. Wesley, however, noted that it was all in good fun.

“Lighten up baby boy u know u miss me,” he tweeted, before signing off with a final positive message. “@ImMatthew_Davis love you buddy,” he wrote.