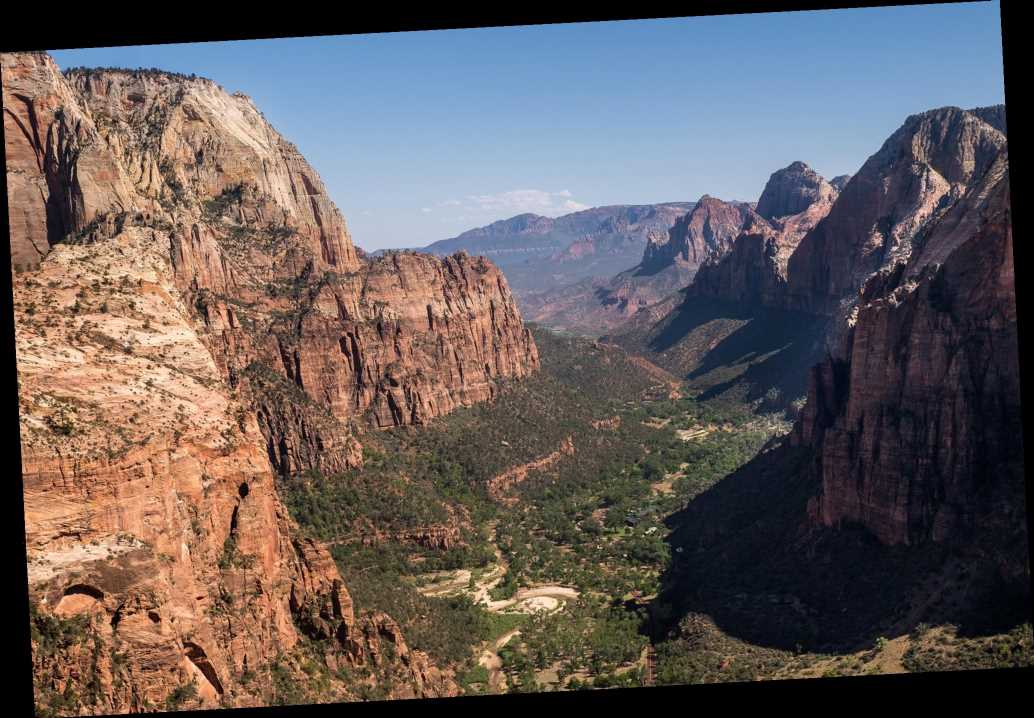 A man died after falling from the Angels Landing rock formation at Utah's Zion National Park.

On Friday, the man was identified as 43-year-old Jason Hartwell of Draper, according to a press release from the National Park Service.

"On Thursday afternoon, a search and rescue was initiated based upon reports from park visitors that someone had fallen off Angels Landing," the release said. "On Friday morning, members of the search team located Mr. Hartwell's body at the base of the summit of Angels Landing."

Hartwell "sustained injuries consistent with a high elevation fall," said the organization, which is working with Washington County Sheriff's Office on the incident.

Angels Landing is a 1,488-foot tall rock formation located in Zion. The trail to the top is "a steep, narrow ridge," according to the park's website, and has proven fatal in the past.

Just last month, 42-year-old Corbin McMillen was found dead at the base of Moonlight Buttress, a trail on the West Rim Trail near Angels Landing, according to The Salt Lake Tribune. His car was found parked at a trailhead on Feb. 18 and a search was initiated when it remained there the next day.

"Our deepest condolences go out to the McMillen family and friends," Zion Superintendent Jeff Bradybaugh said, the outlet reported at the time.

In 2019, another body was discovered at the base of the landing after a 19-year-old female hiker from Maine had gone missing. In a statement, the National Park Service said the body that workers found was "consistent with the age and gender of the hiker reported missing."

At the time of her death, CNN reported that there had been nine previous fatalities on Angels Landing since 2004.