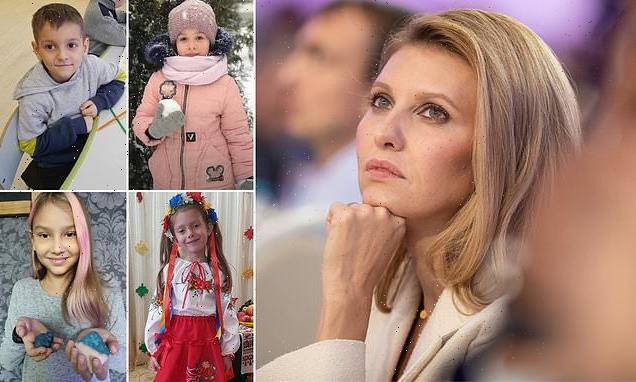 ‘My question for Russia’s mothers: How do you feel that your sons are slaughtering our children?’ Ukraine’s First Lady OLENA ZELENSKA gives a Mother’s Day message like no other

Ask any mother what is most precious to her in the world, and I am certain you’ll hear the same answer: Children. But this terrible war means death to children.

‘Dead’ and ‘children’ — these two words refuse to stand side by side. As a mother, I know it’s impossible even to utter them. It means broken hearts, broken families and broken destinies.

Now I have to tell the world about Alice from Okhtyrka. She did not live to be eight years old. She was killed during the shelling of her city along with her grandfather, who covered her with his own body. 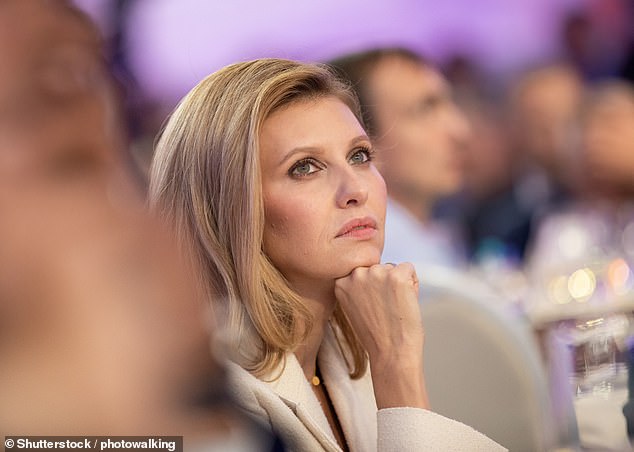 First Lady of Ukraine, Olena Zelenska, has penned a heartfelt letter to Russian mothers, asking them to think of the impact the invasion is having on Ukrainian children 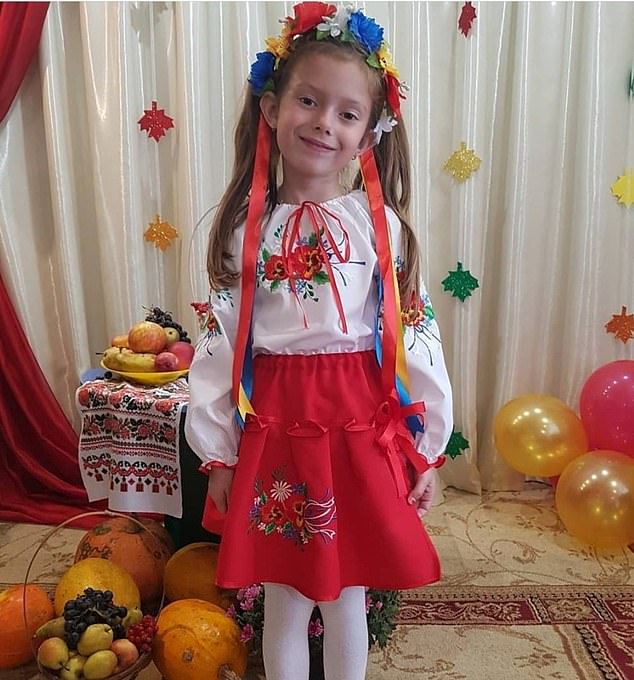 I have to tell you about 18-month-old Kirill from Mariupol, whose parents raced him to the hospital under fire — but where doctors could not do anything to save him.

About Polina from Kyiv, killed by shelling on the streets along with her parents and brother. About 14-year-old Arseniy, who was struck in his head by a projectile. Under heavy fire, the ambulance simply could not reach him and he bled to death.

I have more such children to tell you about. Six-year-old Sofika and her one-and-a-half-month-old brother, who was shot dead by the occupiers together with their mother, grandmother and grandfather while trying to leave Nova Kakhovka, by the Dnieper River, in their car.

These names must not become statistics. Behind figures unknown to you are the lives of children cruelly cut short. 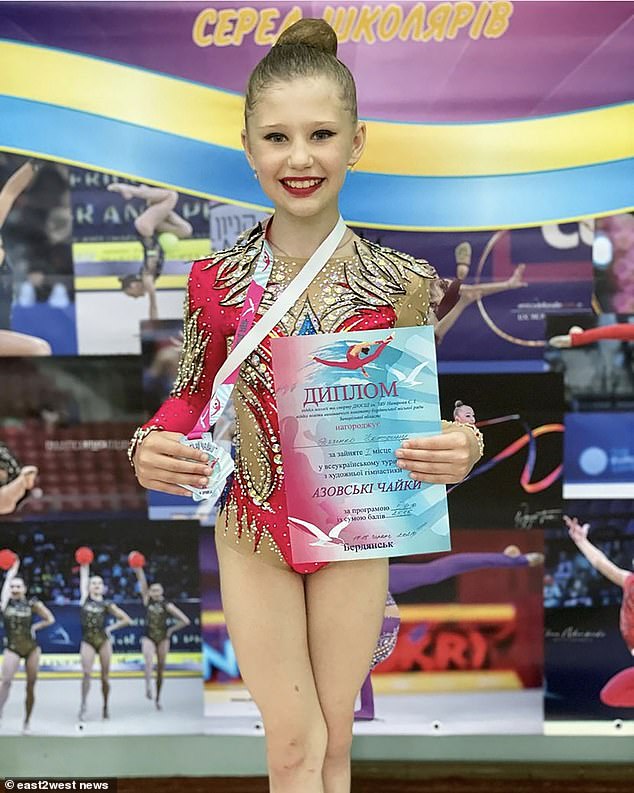 Kateryna Diachenko, 11, who was a rhythmic gymnast who had competed across Ukraine before the war, reportedly died after her home was struck by a Russian missile in Mariupol

At least 38 children were killed when I first talked about them. Now, as I write, in front of me is a photo of 11-year-old gymnast, Kateryna Dyachenko. Her house collapsed during shelling, making her the 135th Ukrainian child killed by Russia and its war of aggression.

In Lviv, 109 empty prams were laid out in the middle of a silent square to honour the children killed by Putin. This was a terrible spectacle.

I have been asked if I am crying in the war. Yes, I am. Recently, I saw a grave in the yard of an ordinary residential complex. It bore a self-made plaque: ‘Mother. Son.’ Both had given their lives.

This is how neighbours bury the dead under constant shelling in our cities of Mariupol, Bucha and Gostomel.

We understood in the first days of the war that Russia was killing civilians. The fact that Russia is doing this so cynically and consciously is still shocking. It is now safer for our children to be born in bomb shelters than in hospitals. After all, Russia is bombing maternity hospitals.

You have probably seen the photos of a bombed maternity hospital in Mariupol and the bloodied women who were victims of that attack. 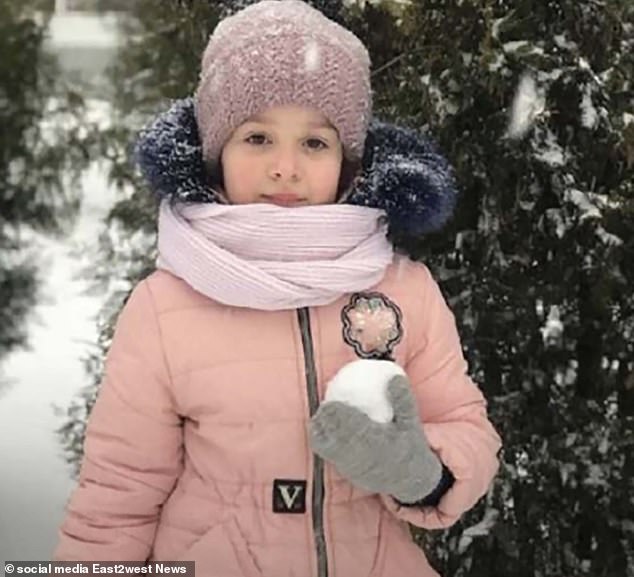 In Russia there was enough cynicism to dismiss it as a production, a stunt, because in the photo was a famous blogger. And she had just come there to have a baby. And she gave birth. But already in the conditions of the destroyed hospital.

Since the beginning of the war, 15,000 Ukrainian children have been born. Imagine — 15,000 children do not know what peace is. And instead of a peaceful sky they see the concrete ceiling of a dark basement.

I was recently moved by a photo of a mother from Kyiv. When a rocket hit her apartment building, she covered her newborn daughter, protecting her from the wreckage with herself. The shrapnel-cut woman was fittingly called the Kyiv Madonna by the media.

There are other children who, in addition to facing the horrors of this war, also suffer from serious illnesses. Bomb shelters have become oncological facilities for children stricken with cancer.

Some of our little patients had only two or three remaining doses of chemotherapy when the war started. Everything was interrupted for them — and their prognosis now looks bleak. 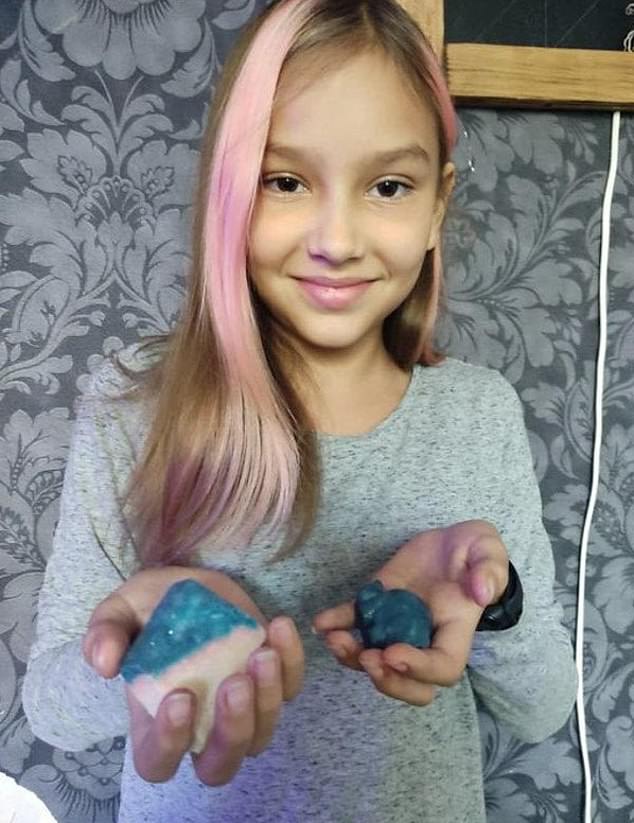 Polina, who was in the final year of primary school in Kyiv, was killed when she, her brother and her parents were gunned down by Russian forces as they tried to flee Kyiv

After my request for help, Ukraine is evacuating children with terminal illnesses or other serious conditions to safety in western Europe. They need to win their own victory, as long as we, the parents, win a common victory for them.

Half of Ukrainian children have become ‘internationally displaced persons’ due to the war. You will now see many of those children in your country — children with adult eyes, because they have seen death.

If you see such children and such mothers, whose fathers remain here to defend the country, please help them to become warm again. Show them that there are safe places and decent people in the world: people who do not rejoice in someone else’s pain.

What is happening in Ukraine is not just Putin’s crime. He yells the orders. His soldiers are sent to kill — thousands of young boys and men: sons and fathers themselves. Their own will has been stunted. 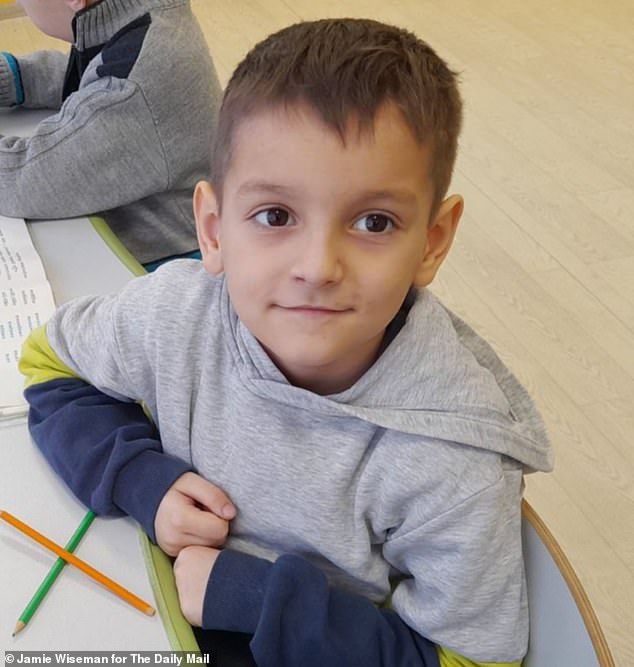 Maxym, 6, his sister Alina, 13, and their mother Anna, 31, were all shot as they tried to flee Kyiv, his sister and mother both survived but he sadly died

I have asked Russia’s mothers: how do you feel that your sons are killing our children? That they throw bombs at them, shred them with mortars? No mother would wish for her child to be a child-murderer. Not even for the generous rewards promised by Putin.

But so far I have heard only a deafening silence from Russia’s mothers. Are they intimidated or indifferent? I don’t even want to imagine, because I don’t know which is worse.

When people in Russia say that their troops are not hurting the civilian population, I ask you to show them the pictures of the children snatched from us.

Show them the faces of Ukrainians who, having barely begun to breathe, have cruelly been denied the chance to grow up.

I ask you to remember and repeat this terrible truth: Russian invaders are killing Ukrainian children. Tell this to Russian mothers — so that they know what exactly their sons are being sent to do in Ukraine. Show these faces to Russian women — and remind them that their husbands, brothers, compatriots are killing Ukrainian children — children the same as theirs. Remind them that silence makes them complicit in these deaths.

Let me end on a different note. As a mother, I try to inspire my children. As Ukraine’s First Lady, I hope to inspire my country’s children. But it is I who am inspired by the children and the mothers of Ukraine. Let me tell you: they are incredible.

The other day, volunteers from the Ukrainian town of Beregovo — on the border with Hungary — helped a refugee from Mariupol cross the border into safety. Her name was Svitlana and she was a teacher. After weeks of constant shelling in the basement of her home, this exhausted woman was carrying no fewer than four children. Only one of them was her own.

The second child was her sister’s son. Her sister had run out of the house looking for water and did not return. The third child belonged to neighbours who had also been killed. The fourth was an orphan Svitlana had picked up on the street as she ran to the evacuation buses.

Thanks to Svitlana, four Ukrainian children are alive.

That’s what a real mother is — and I bow to her.

n As told to Kapil Komireddi, the author of Malevolent Republic: A Short History Of The New India.