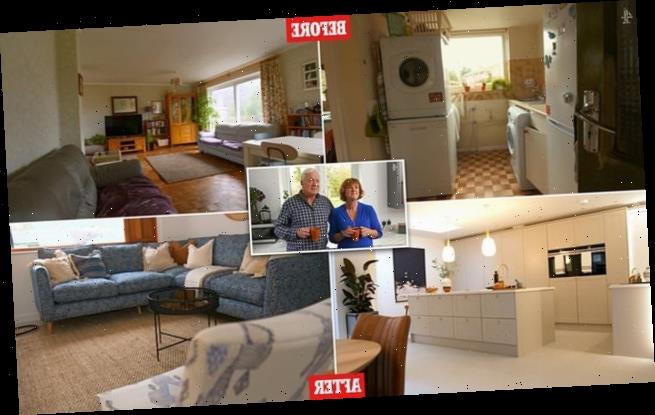 Ugly House to Lovely House viewers compare couple’s 1960s property to a ‘psychiatric hospital’ after they spent more than £180,000 on a ‘completely bland’ modern makeover

Ugly House to Lovely House with George Clarke viewers compared a couple’s ‘completely bland’ home to a ‘psychiatric hospital’ – after they spent a whopping £180, 000 giving it a modern makeover.

Last night’s episode of the Channel 4 show featured Fiona, an accountant for a construction firm and her IT consultant husband Hugh, who moved to a gorgeous corner of Hampshire two years ago – and bought a house that was anything but.

The drab, dated property was gripped by a 1960s time warp inside, while the awkward layout was just not fit for them to spend time with their six grown-up kids.

However, despite spending over £180, 000 giving the property a modern update, viewers were left less than impressed with the final outcome. 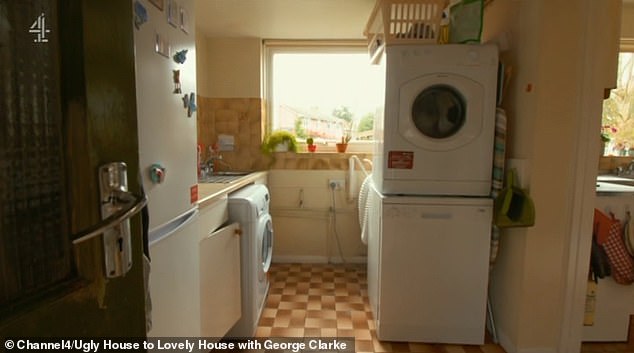 Last night’s episode of the Channel 4 show featured Fiona, an accountant for a construction firm and her IT consultant husband Hugh, who moved to a gorgeous corner of Hampshire two years ago – and bought a house that was anything but. Pictured, the drab kitchen before 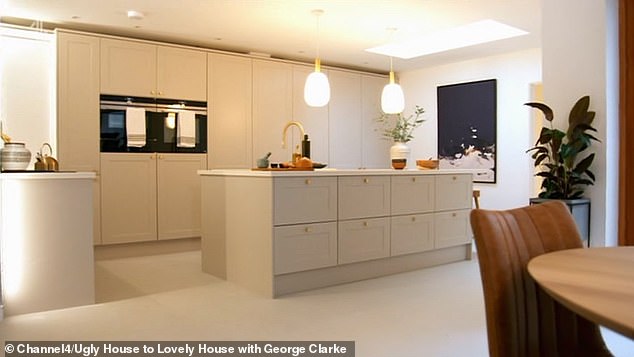 The couple gave the kitchen a modern makeover, but viewers accused it of looking ‘bland’ (pictured) 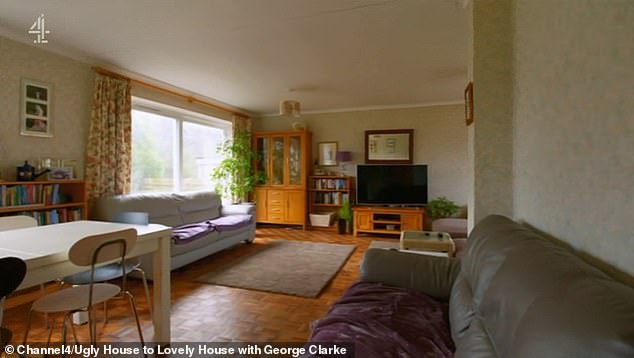 The drab, dated property was gripped by a 1960s time warp inside. Pictured, before the transformation 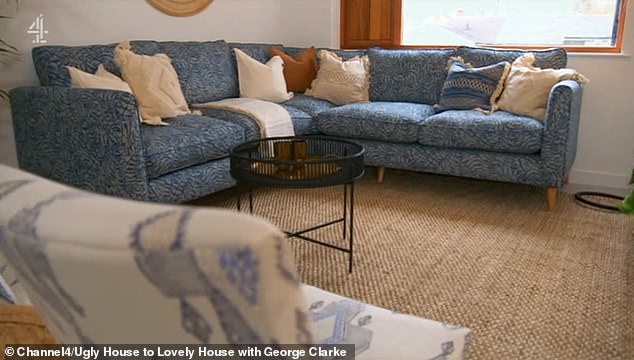 During the episode, the couple explained that they bought the house last year, knowing that as it stood, it was a long way from their dream home and a place where their six grown up kids could come back to.

‘I hope Fiona had a vision because it was her idea to buy it,’ Hugh said, to which Fiona replied: ‘I don’t really like anything but the garden – it’s stuck in a time warp really.’

Their daughter added: ‘When I first saw this how I thought,”What have they done taking me from our old home? I would say ours is one of the worst on the neighbourhood.’

Fiona went on to say that they initially bought the property due to the ‘area south-facing back garden and potential.’ 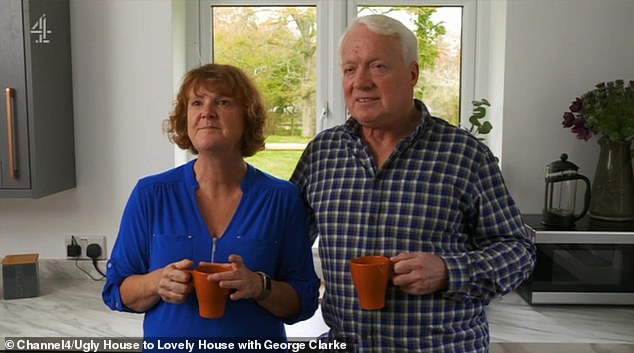 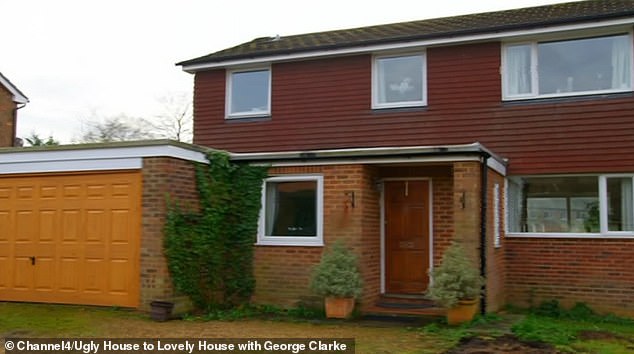 When asked what she disliked about the house, Fiona replied: ‘Garage windows, tiles, front door.’ Pictured, the exterior before the transformation 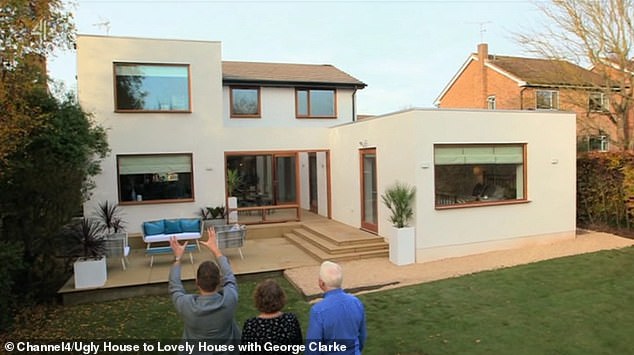 Taking to Twitter, one unimpressed viewer compared the property to a ‘psychiatric hospital’ (pictured)

And when architect George asked the couple what they didn’t like about the house, they didn’t hold back.

‘Garage windows, tiles, front door,’ said Fiona, to which George added: ‘There’s not much left not to like. That’s pretty much the whole house!’

Speaking of the layout before the transformation, the TV presenter explained: ‘The house has a large footprint, with a huge double garage dominating the front.

‘A hallway with an adjacent study leads past a downstairs cloakroom and shower, to a good size living and dining room. Then the kitchen and utility rooms are set to one side.

He continued: ‘The layout upstairs, those small, is very efficient. The stairs are on the front facing north side, along with a tiny family bathroom, allowing the four bedrooms, including a minuscule boxroom, to line up along the south side, allowing the light and better views of the garden.’

And when he visited a year-and-a-half later, he was blown away with the results – including a light hallway and bright open kitchen which he said is ‘clean and not clinic’ – adding that Fiona got the balance ‘just right.’ 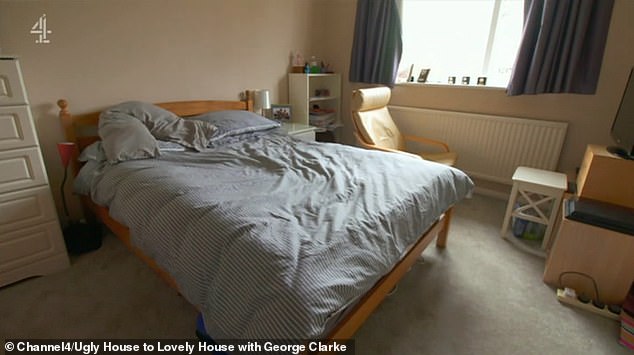 The bedroom before was bland and dated and in desperate need of a lick of paint. Pictured, before 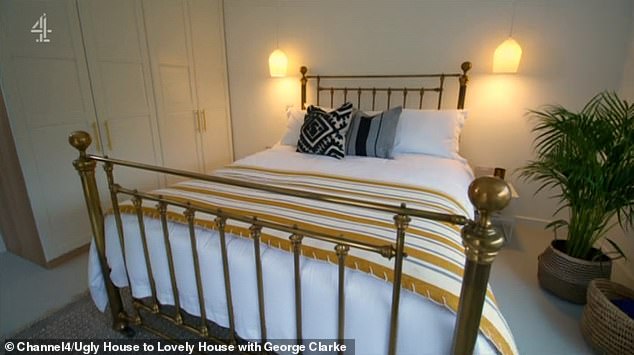 Fiona and Hugh added some modern-looking furniture to give the bedroom a fresh new feel. Pictured, after the renovation 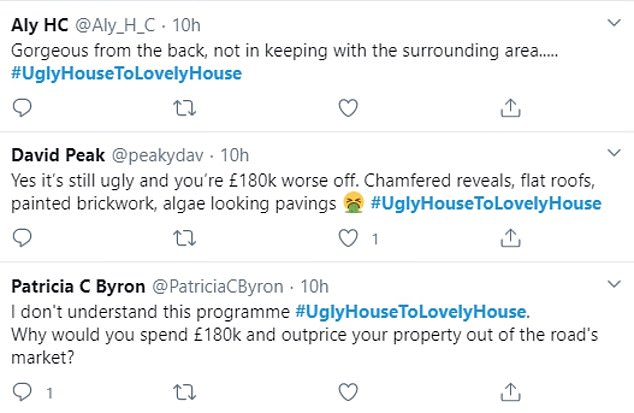 While George was delighted with the modern makeover, viewers weren’t quite as impressed (pictured)

Speaking of the exterior he added: ‘Look at that eh, I have to say, it looks incredible.’

But viewers took a very different opinion, with many suggesting the new white exterior of the home didn’t suit the surrounding houses.

‘Gorgeous from the back, not in keeping with the surrounding area….. ‘ wrote one, while a second agreed: ‘I don’t understand this programme. Why would you spend £180k and outprice your property out of the road’s market?’

Elsewhere, others took issue with the price of the renovation, and the ‘bland’ interior design.

‘£180k you could buy another house for that,’ wrote one, while a second penned: ‘Its gone from being 70s to weirdly early 60s.’

A third added: ‘And i LOATHE the kitchen,’ while a fourth commented: ‘Never understand why ppl on shows like these don’t just buy a plot of land and built from scratch. They spend more on the re-build than the original house and totally out of tune with the rest of the street!’