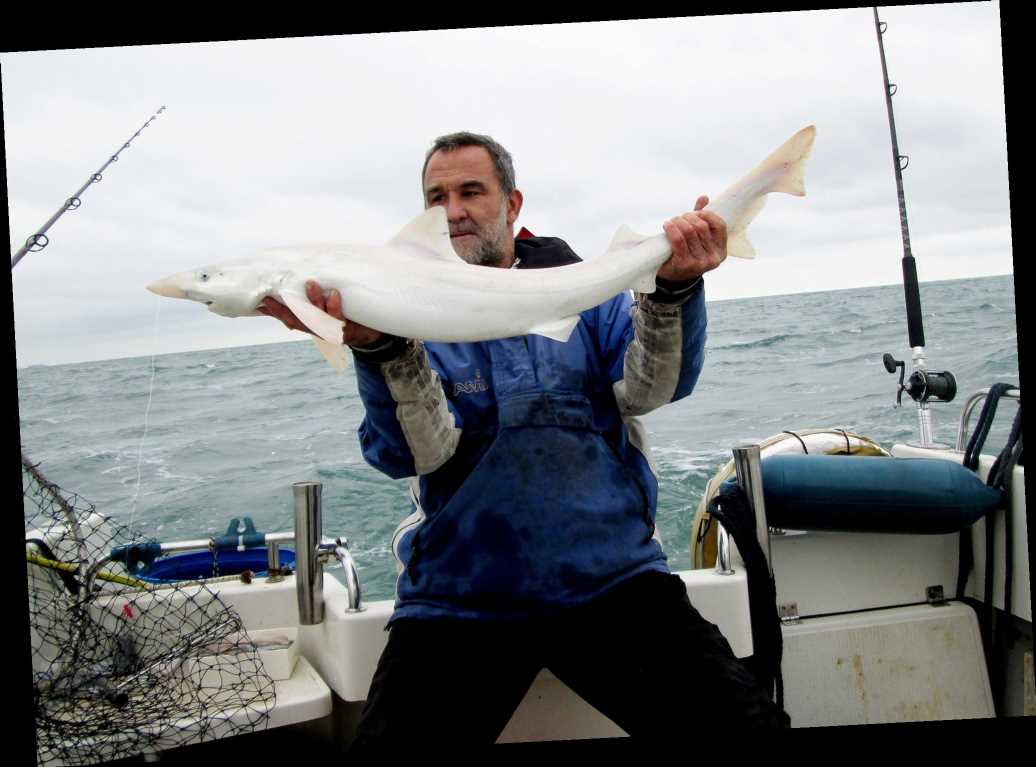 Getting deeper and deeper into the Halloween season, you'd be forgiving for thinking this creature is a ghost shark.

According to SWNS, the shocking swimmer is actually and all-white tope shark and likey the "first-ever albino" tope shark captured and photographed. Jason Gillespie of Waterlooville, England, was the lucky angler to spot and catch the very rare shark.

He and his friend, Dean Farley, were fishing off the coast of the Isle of Wight on Gillespie's boat when the 50-year-old felt a tug on his line, reports Portsmouth News.

"When I saw this white shark I let out a series of expletives. I have been fishing for over 30 years and I’ve never seen anything like it," Gillespie told the outlet. "As soon as we saw it we knew we had to get it on-board to get some photographic evidence."

Gillespie and Farley hauled the blindingly pale shark on board and snapped a few photos with the predator, estimated to be around 20 pounds and over 3 feet long, before releasing the tope shark back into the water. After looking at the photos, experts from the University of Portsmouth’s Institute of Marine Sciences believe the shark has albinism, a group of inherited disorders characterized by little or no melanin production.

"The pure white body and pink-tinged extremities suggest albinism, which is the absence of any pigmentation or coloration," the university's Dr. Sarah Marley said. "The pink is the result of seeing blood vessels beneath the skin." Dr. Marley also expressed shock that the all-white tope shark was still alive since the creature's bright coloring must make it difficult for the shark to camouflage and avoid predators.