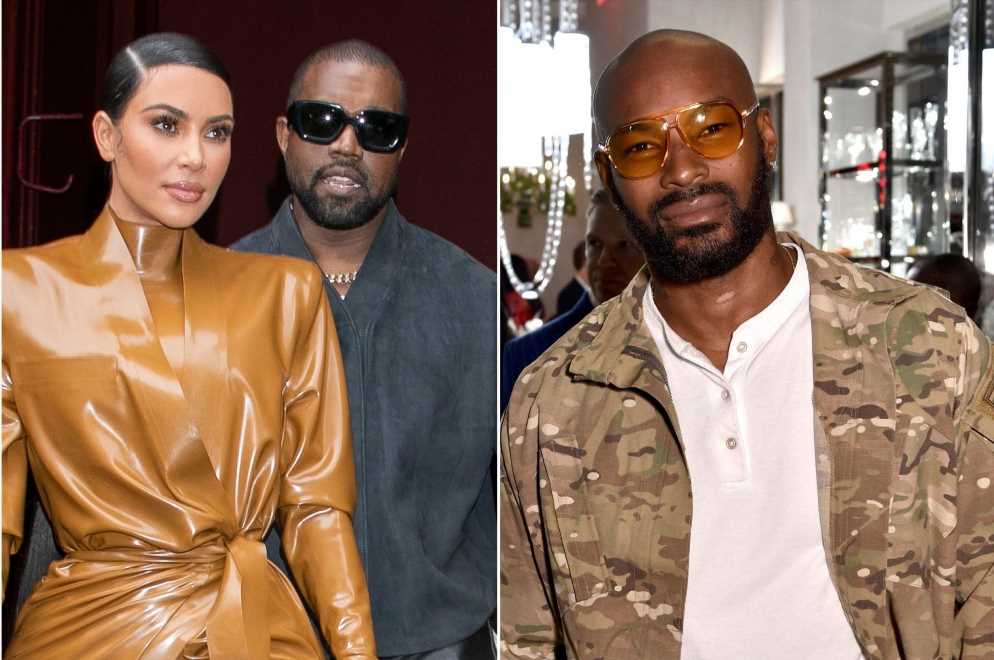 Tyson Beckford’s son to walk in his debut runway show

The beef is really roasting between Tyson Beckford and Kim Kardashian

Kim Kardashian and Tyson Beckford in war of words

Kanye West tried to “get tough” with Tyson Beckford in 2018, according to the model — at a black-tie gala attended by Hillary Clinton and Oprah Winfrey.

It all started when Beckford, 50, accused West’s then-wife Kim Kardashian of getting plastic surgery and criticized her on social media about it.

Beckford eventually ran into West, 43, at Ralph Lauren’s 50th anniversary party, where Beckford revealed he “tried to get tough with me.”

“I was standing in the middle of Oprah Winfrey and Hillary Clinton. He was on the other side of the table, and when I tried to make eye-contact with him, he wouldn’t look at me,” Beckford recalled on the Instagram show “Let’s Go Live! with Sharon Carpenter.”

He claims West, instead, sent one of his minions to follow him to the bathroom to talk to him, but the male model told the goon, “I suggest you get out of this bathroom before I wipe you all over the wall.”

West eventually called him out in an Instagram video “two weeks later” according to Beckford, who suggested he was too afraid to approach him in person at the Ralph Lauren event.

“I’m like, ‘You did not want no smoke. I had on my tuxedo. I would have undone my tie and got into it if you wanted to, but you didn’t. I think you didn’t realize how big I was,’” he said.

Kim and Kanye have since divorced and even though Beckford is exposing the incident now, he wishes them well.

“They’re going through some hard times right now. My whole energy is positive,” he concluded.

It would not have been Beckford’s first bout of celebrity fisticuffs over a woman.

In 2016, Page Six reported that Beckford had an ugly exchange at a Manhattan nightclub with DJ Ruckus — who had recently started dating his ex, Shanina Shaik — and then chased the DJ several blocks on his motorcycle.

When they arrived at Ruckus’ condo building, sources told us, “Tyson [got] off his bike, still with his helmet on and [started] confronting Ruckus, and then they went back and forth until the doorman called the cops.”