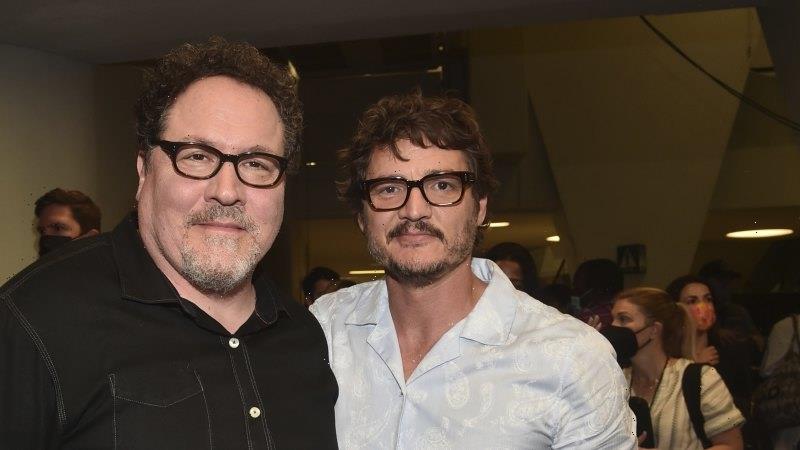 Twenty years is a long time in a galaxy far, far away. When they premiered, the Star Wars prequel films were derided for having too many digital effects and introducing controversial plot points into the story

Two decades later, the latest Star Wars television series Obi-Wan Kenobi, which springboards out of those three films, has become one of the most successful Star Wars projects in a generation. 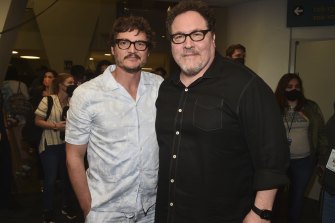 So much so that an appearance at the Star Wars Celebration convention by the show’s two stars – actors Ewan McGregor and Hayden Christensen – became one of the four-day event’s breakout moments, sending the crowd into paroxysms of excitement.

Speaking ahead of the convention – a multimillion-dollar marketing machine for the multibillion-dollar Disney-owned Star Wars franchise – McGregor said it was pleasing to see the once-shamed prequel trilogy finally have its moment in the sun.

“I meet the people who we made those films for, who were the kids of the time,” McGregor said. “Our Star Wars films are their Star Wars films, in the way that Carrie Fisher and Alec Guinness and Mark Hamill and Harrison Ford’s films were ours.

“And that’s beautiful that they were important to the kids who we made them for,” McGregor said. “It’s just so nice to finally get that wave of positivity about them.”

Star Wars Celebration is the Comic-Con of Lucasfilm’s Star Wars universe. It funnels tens of thousands of fans, many in full cosplay costume, through its turnstiles and into an array of halls and spaces in LA’s Anaheim Convention Centre.

Populating its warren-like laneways are everything from retailers selling new or collectible Star Wars toys, action figures and other merchandise, to fan activations featuring Star Wars characters, actors, costumes and props. There is even an area given over to Star Wars-specialist tattoo artists.

If you needed proof of its commercial power, consider this: four days of being heavily marketed to by Disney comes at a price. The adult four-day ticket to Celebration costs $US195 ($272), plus taxes and fees. Entry for a single day is $US75.

Coupled with the American Memorial Day holiday weekend and the neighbouring Disneyland theme park, which houses the Star Wars-themed Galaxy’s Edge, the tourist town of Anaheim was rammed with people: Stormtroopers, Jedi Knights, and an eclectic mix of princesses and Sith Lords walking among the everyday tourists. 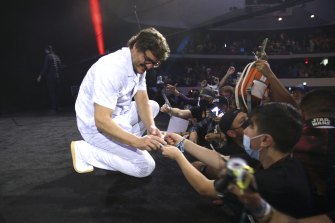 Pedro Pascal from The Mandalorian meets the fans at Star Wars Celebration.Credit:Jesse Grant / Getty for Disney

Like its broader Disney-focused sister event D23 Expo, Celebration is essentially a massive marketing machine for one of the most valuable film and television properties in modern history. Its announcements and reveals are pored over and dissected by fans and media alike for weeks after.

But equally fascinating is what was not announced at Celebration. As fans applauded new TV projects, the future of Star Wars as a film franchise was curiously left lingering.

Despite persistent speculation for several years around new Star Wars film projects, no new information was forthcoming. Ahead of the event, Lucasfilm president Kathleen Kennedy told Vanity Fair that the planned Star Wars: Rogue Squadron would not meet its 2023 release date, and that another project, from Taika Waititi and still with no title, would likely be released first.

Speaking on the red carpet at Celebration, Kennedy was also vague. “We had so much to highlight with the new television that we have coming, we’re going to have plenty of time to showcase [what we’re doing in the movie space] in the same way,” she said. 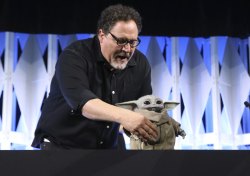 Instead, in the galaxy far, far away, it looks like streaming is the future, at least for the moment, with the television projects planned for Disney+ dominating proceedings.

Among the major announcements made over the weekend was confirmation that the new series Andor, spun off the Star Wars movie Rogue One, would premiere on August 31 globally this year on Disney+. The series, set five years prior to Rogue One, will get 12 episodes, with a second season of 12 episodes to follow.

And another new Star Wars television series, Star Wars: Skeleton Crew, was announced. That project, which follows a band of children lost and looking for a way home, will star actor Jude Law, will be set in the time period of two other shows, The Mandalorian and Ahsoka, and will air in 2023.

Disney, never one to miss an opportunity, used the huge Celebration crowds to dial up the noise on several non-Star Wars assets. Actor Harrison Ford appeared alongside the first reveal of a still image – but no other details – from the fifth Indiana Jones film. And a trailer was released for the Willow sequel, set 20 years after the 1988 original and starring actor Warwick Davis.

One of the weekend’s busiest events was the panel for The Mandalorian, featuring the show’s producers Jon Favreau and Dave Filoni, and actors Pedro Pascal and Katee Sackhoff.

Chatter on the panel teased one of the major story threads for the third season of The Mandalorian, and would seem to suggest the show’s protagonist Din Djarin (Pascal) was embarking on a quest to claim the throne of the planet Mandalore. 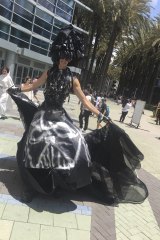 That would make his former ally, Bo-Katan Kryze (Sackhoff), now a rival, as her long-arc storyline in the Star Wars mythology has been to reclaim her home planet’s vacant throne. According to in-story canon, the wielder of the fabled “darksaber”, a type of Jedi lightsaber, is the rightful heir.

“My dad raised me on science-fiction, he raised me on strong characters, and when I was little, we didn’t have many strong female characters to discuss,” Sackhoff told the Celebration audience.

“To be able to play the women that I get to play throughout my career has been a gift, and strong women keep presenting themselves to me… and the fact that they trusted me to bring [Bo-Katan] to live-action, I’m pinching myself.”

The audience was also given a glimpse of the highly anticipated Star Wars series Ahsoka, starring Rosario Dawson as the eponymous former Jedi who has appeared in episodes of The Mandalorian. That series is planned for a 2023 release.

And despite an appearance by New Zealand actor Temuera Morrison, who plays the iconic bounty hunter Boba Fett in the television series The Book of Boba Fett, the absence of any footage or discussion of a second season was enough to ignite speculation that the show’s single season would stand on its own.

“There’s no official word just yet [on a second season],” Morrison said. “They filmed it like it could just be a nice book and we’ve read the book. Otherwise, we could write another book.”

Disney stages the Celebration and D23 Expo conventions on alternating years, typically, and Celebration has historically moved between cities including London, Chicago and Orlando. Because of scheduling delays arising from the pandemic, both events are being staged in Anaheim, California, in 2022.