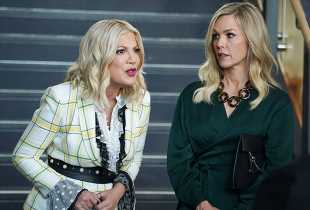 After posting the best debut of the summer last week, “BH90210” saw a large dropoff in the ratings this time around.

Last week “BH90210” comfortably came top in the Wednesday night rankings, however, this week the show came third overall behind “Big Brother,” which posted a 1.0, and “America’s Got Talent,” which topped the night at a 1.1. The show’s ratings tumble is all the more surprising given that its “Masterchef” lead-in gained on last week, hopping up 10% from a 0.73 to a 0.8.

In terms of total viewership, “America’s Got Talent” easily won the night with 7.7 million, followed by “Big Brother” with around 4.3 million. “BH90210” almost beat “Big Brother” to first place with its debut, but episode 2 finished as the ninth most watched show on the night.