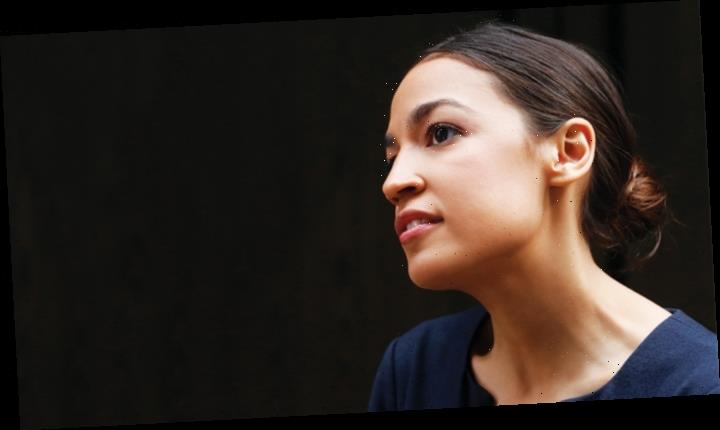 Whoopi Goldberg, Alexandria Ocasio-Cortez, Chaka Khan, Robyn, Leslie Jones, Normani, Jeff Goldblum, Daisy Ridley, Thandie Newton, Olivia Munn, Rachel Bloom, Daniel Franzese, Jonathan Bennett and Winnie Harlow have been cast as guest judges on Season 12 of “RuPaul’s Drag Race.” They join rapper Nicki Minaj, who was previously announced, in the lineup, and will assist show regulars Michelle Visage, Carson Kressley, Ross Mathews and host RuPaul as they decide who will stay, lip-sync for their life or “sashay away.” As other seasons, the show will follow 13 queens will compete for the ultimate title of “America’s Next Drag Superstar” and a grand prize of $100,000. Fenton Bailey, Randy Barbato, Tom Campbell, Steven Corfe, Mandy Salangsang and RuPaul serve as executive producers. The upcoming season will premiere Feb. 28 on VH1. See a sneak peek below.

Season 2 of “After Life” will premiere on April 24, Netflix announced. The series, created by, written, directed and starring comedian Ricky Gervais, follows Tony (Gervais), a writer for the local newspaper whose life is upended after his wife dies from cancer. The upcoming chapter will focus on the protagonist as he tries to become a better friend to those around him. Each grappling with their own problems and only to be intensified by the looming threat of the local newspaper being shut down. The series also stars Penelope Wilton, David Bradley, Ashley Jensen, Tom Basden, Tony Way, David Earl, Joe Wilkinson, Kerry Godliman, Mandeep Dhillon, Jo Hartley, Roisin Conaty, Diane Morgan, Tracy-Ann Oberman, Peter Egan, Ethan Lawrence and Bill Ward. “After Life” is executive produced by Gervais and Duncan Hayes. Charlie Hanson serves as producer.

“The Good Fight” will return to CBS All Access for its fourth season on April 9. Season 4 opens with Reddick, Boseman  and Lockhart who, after they lost their biggest client, Chumhum, and their founding partner’s name was tarnished, were forced to accept an offer by a huge multi-national law firm, STR Laurie, to become a small subsidiary. Suddenly, all of their decisions can be second-guessed by the giant firm that is literally on top of them. Christine Baranski, Cush Jumbo, Audra McDonald, Sarah Steele, Michael Boatman, Nyambi Nyambi, Zach Grenier, John Larroquette and Delroy Lindo make up the cast alongside Hugh Dancy, who recently joined Season 4 in a recurring role. Robert and Michelle King serve as showrunners of the series, which they co-created with Phil Alden Robinson.