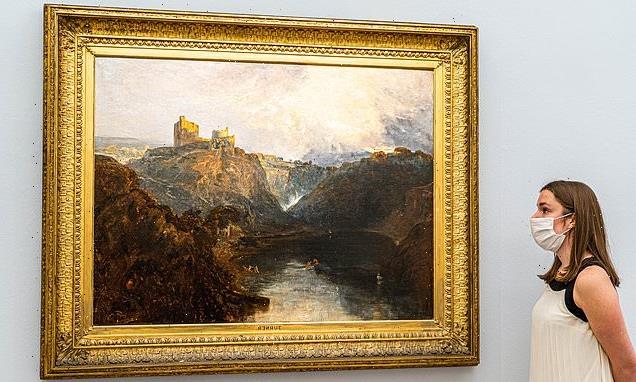 A Turner painting which was thought to be fake for over a century has been re-attributed to the painter – and fetched £1million at an auction last week.

The oil painting of Cilgerran Castle in Wales, which is a second version of another painting of the same view by J. M. W Turner, has perplexed art experts for more than 100 years over whether it was real or fake.

Art scholars have been debating the legitimacy of the painting ever since it was exhibited at the Guildhall in 1899.

It was eventually agreed that the painting was likely created at the start of Turner’s career, but had alterations that were more reminiscent of the later years of his life.

Thanks to years of research and modern technology, experts were able to conclude that Turner altered the painting himself, the Telegraph reported. 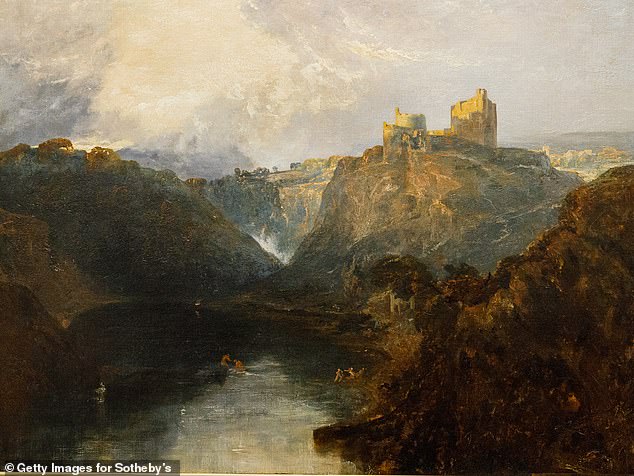 An oil painting of Cilgerran Castle in Wales by J. W. W. Turner, pictured, which was thought to be a fake for over a century, has been re-attributed to the master – and it sold for £1million at a Sotheby’s auction this week

And the work has now been sold for £1 million at an Old Masters evening auction at Sotheby’s.

It took three years to verify the authenticity of the painting, Julian Gascoigne, Sotheby’s senior specialist of British paintings said.

The auction house first valuated the painting for its former owner, and it was decided by the team the work required further examination, and that it should be compared to the original to help confirm it was authentic.

Ian Warrell, a Turner expert, inspected both paintings at Cragside, and concluded they were likely created ‘by the same hand’. 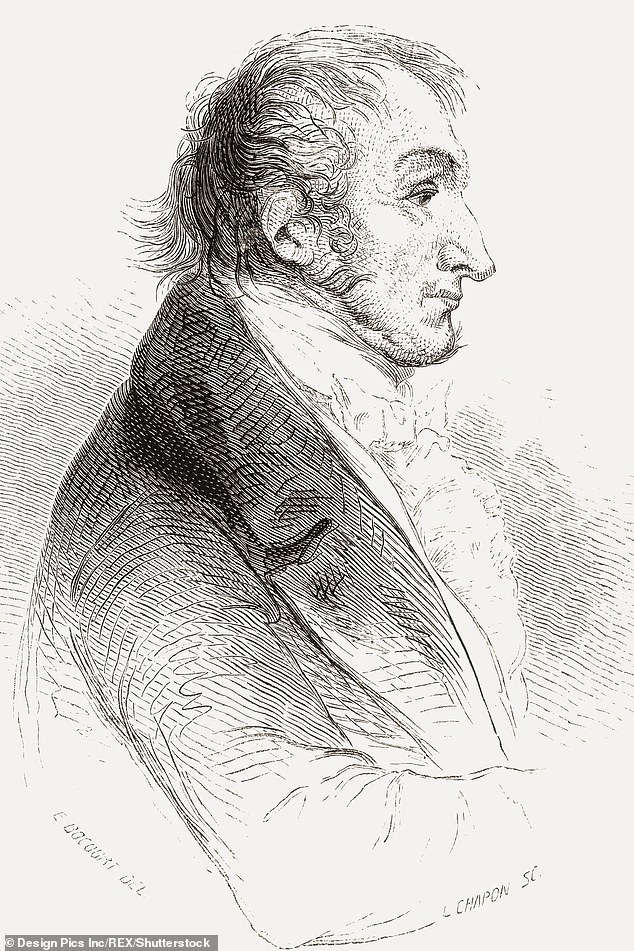 Turner, pictured in a drawing from 1867,  bought the painting via proxy, modified it and sold it again

Mr Gascoigne said: ‘The final piece of the jigsaw puzzle…was that this picture was re-purchased in 1827 from Sir John Fleming Leicester, an incredibly important collector who had bought the picture years earlier, by Turner himself.

At the time of the purchase, Turner was re-purchasing some of his work with the idea of donating them to the state.

Turner had used an agent to buy back the work, which resulted in the name in the catalogue being different.

Warrell discovered a press report from the time revealing it was Turner who had bought the painting by proxy in 1827.

Gascoigne revealed that Turner, who was at a later stage of his life at the time he b ought the painting back, set out to rectify aspects of it he was not satisfied with.

After making the alteration, Turner sold it to his patron, Hugh Andrew Johnstone, Munro of Novar.

In order to assert the authenticity of the painting, the Sotheby’s team used a specialised X-ray fluorescence machine in order to map its elements and components of its paint. 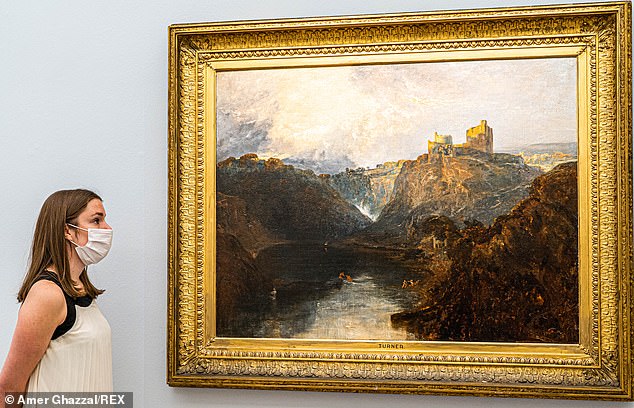 The painting, pictured, was bought back by Turner later in his life and he set out to rectify the aspects of his earlier work he was not satisfied with

They cross-referenced the information with their research and were able to confirm the painting was all from Turner.

Progress in technology has helped expert uncover the hidden stories of some of the most revered painters.

In October,  hidden Picasso painting of a naked, crouching woman that lies underneath one of his other works was reconstructed by scientists using artificial intelligence and three-dimensional printing.

The team from University College London (UCL) said that their one-off replica of ‘The Lonesome Crouching Nude’ would ensure the work was no longer ‘erased from history’.

Experts believe that Picasso painted over the work with some reluctance in order to reuse the expensive canvas at a time, early in his career, when he was relatively poor.

The original was first revealed under Picasso’s late 1903 work ‘The Blind Man’s Meal’ — a restatement of the Christian sacrament — by X-ray fluorescence scans in 2010.

Its discovery ended a long search for the lost work — which was known from its depiction in the background of ‘La Vie’, a contemporary oil painting by Picasso.

All three works come from the artist’s ‘Blue Period’ of 1901–1904, which were all monochromatic and inspired in part by the suicide of his friend Carles Casagemas, as well as by Picasso’s travels through Spain.

‘The Blind Man’s Meal’ — and the earlier work it conceals — is presently held in the collections of The Metropolitan Museum of Art in New York.

This is not the first lost work recreated by the researchers. They previously replicated a portrait of woman hidden under Amedeo Modigliani’s 1917 ‘Portrait of a Girl’.