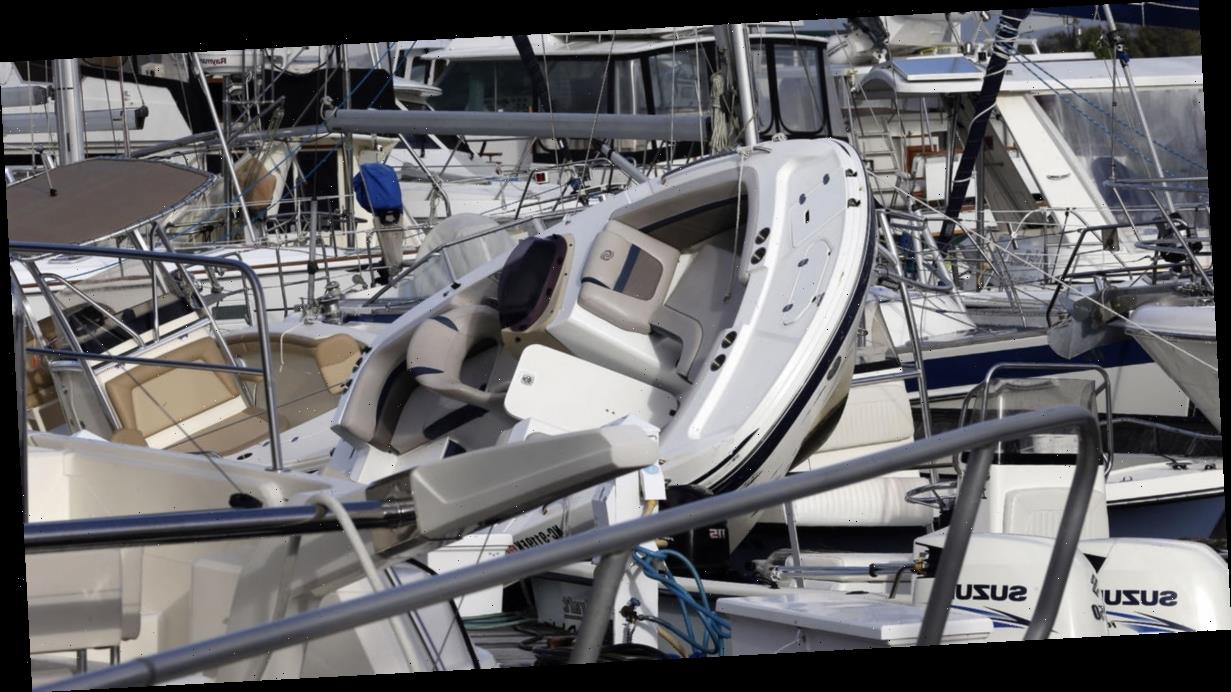 Tropical Storm Isaias spawned tornadoes and dumped rain during an inland march up the U.S. East Coast on Tuesday after making landfall as a hurricane in North Carolina, where it piled boats against the docks and caused floods and fires that displaced dozens of people  At least one person was killed when one of its twisters hit a mobile home park and an outage led to an issue with a nuclear power plant.

A tornado that touched down at a mobile home park in Bertie County, North Carolina killed at least one and left several people missing, local officials said.

The storm crossed over land as a hurricane just after 11 p.m. with maximum sustained winds of 85 mph.

Royce Potter, a fifth-generation seafood purveyor and owner of Potter’s Seafood in Southport, said he rode out the storm on a boat docked near his business after he got the impression from forecasters that his area would be spared.

“They got this wrong,” he said, visibly shaken. “I’ve ridden storms out here for years.” 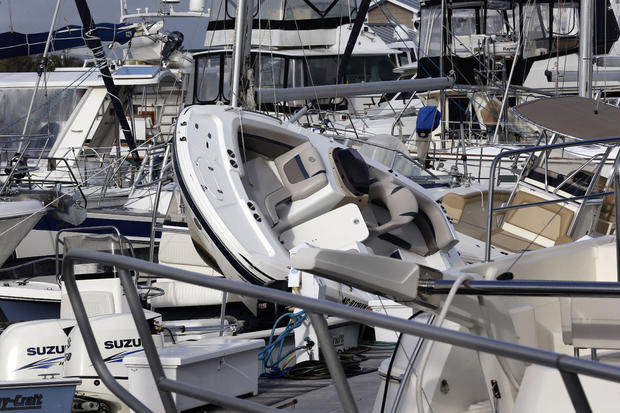 At 8 a.m., Isaias had sustained winds of 70 mph was moving north/northeast at 33 mph, according to the National Hurricane Center.

The storm could continue to bring down trees and cause power outages as it moves north along the mid-Atlantic and New England coastline, said Robbie Berg, a hurricane center forecaster.

“We don’t think there is going to be a whole lot of weakening, we still think there’s going to be very strong and gusty winds that will affect much of the mid-Atlantic and the Northeast over the next day or two,” Berg said. Rainfall will continue to be a big issue, he added.

More than 500,000 homes and businesses lost electricity, most of them in North Carolina and Virginia, according to PowerOutage.US, which tracks utility reports.

An off-site outage led the operators of a nuclear power plant in the path of the storm in Brunswick County, North Carolina to declare an “unusual event” in one of its units late Monday night, but the operators said, “There was no impact to the health and safety of the public or plant personnel. The safety significance of the event is minimal. All safety related systems operated as designed.”

The National Weather Service Wakefield, Virginia office tweeted overnight that a “radar-confirmed large and extremely dangerous tornado is on the ground and moving toward Downtown Suffolk, Va! If you live in/near Suffolk or know someone who does, take shelter immediately!

Around 5:45 a.m., it tweeted that a “radar-confirmed tornado near Kilmarnock is moving NW at 55mph. The storm is moving toward Lancaster, Wicomico, Robley, Heathsville, and Farnham.”

Another tornado was confirmed in Vienna, Maryland.

Firefighters from the town’s fire department were battling the blaze with assistance from Horry County firefighters in South Carolina, Tony Casey, a spokesperson for Horry County Fire Rescue, told The Associated Press.

At approximately 11:40 p.m., there were reports of multiple structure fires in the area of Ocean Isle Beach, North Carolina.

About 80 miles north of Ocean Isle Beach, roughly 30 people were displaced due to a fire at a condominium complex in Surf City, news outlets reported. It’s not clear if the fires were connected to the storm. No injuries have been reported.

Coastal shops and restaurants closed early, power began to flicker at oceanfront hotels and even the most adventurous of beachgoers abandoned the sand Monday night as newly re-strengthened Hurricane Isaias sped toward the Carolinas.

The hurricane center warned oceanside home dwellers to brace for storm surge up to 5 feet and up to 8 inches of rain in spots, as Isaias moved up the coast.

“All those rains could produce flash flooding across portions of the eastern Carolinas and mid-Atlantic, and even in the northeast U.S.,” said Daniel Brown, senior hurricane specialist at the U.S. National Hurricane Center. A tropical storm warning extended all the way up to Maine, where flash flooding was possible in some areas on Wednesday.

Isaias killed two people in the Caribbean and roughed up the Bahamas but remained at sea as it brushed past Florida over the weekend, providing some welcome relief to emergency managers who had to accommodate mask-wearing evacuees in storm shelters.

Authorities in Myrtle Beach, South Carolina, ordered swimmers out of the water to avoid rough surf and strong rip currents. By nightfall, power began to flicker at beachfront hotels as Isaias crossed the last bit of warm water on its path toward the U.S. mainland.

Still, on this part of the South Carolina and North Carolina coasts that has been affected to varying degrees by seven tropical storms or hurricanes since 2014, residents weren’t panicking.

Since forming last week, Isaias has been buffeted by competing forces both trying to kill and strengthen it, said University of Miami hurricane researcher Brian McNoldy.

“Of all the places it could be, it found the warmest water it could,” which fuels storm development, McNoldy said. “And yet it is struggling.”

That’s because dry air kept working its way into the storm at low and mid-levels, which chokes storms.

Isaias’ passage near Florida over the weekend was particularly unwelcome to authorities already dealing with surging coronavirus caseloads. The storm brought heavy rain and flooding to the state, forcing authorities to close outdoor virus testing sights, as well as beaches and parks. Officials tied signs to palm trees so they wouldn’t blow away.

About 150 people had to keep masks on while sheltering in Palm Beach County, which had a voluntary evacuation order for people living in homes that can’t withstand dangerous winds, said emergency management spokeswoman Lisa De La Rionda.