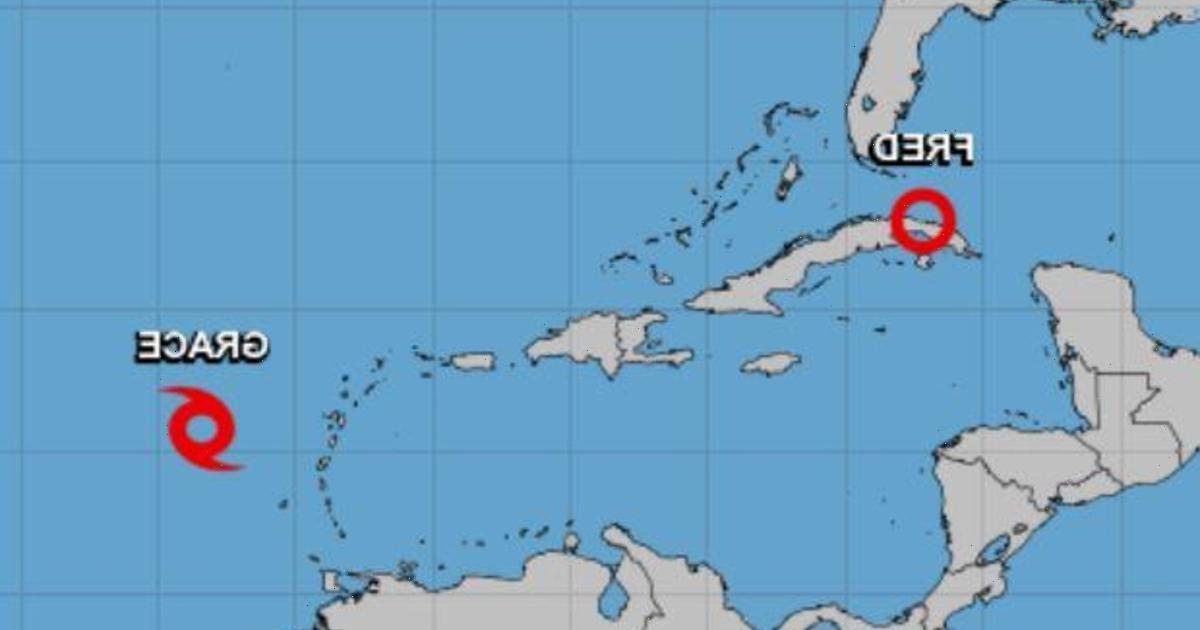 Tropical Storm Grace formed Saturday morning in the Atlantic Ocean, while Fred remained a tropical depression headed into the eastern Gulf of Mexico.

Both systems were expected to bring heavy rain and flooding. Fred, which has already been classified as a tropical storm before, could regain such strength later in the day or on Sunday, according to the U.S. National Hurricane Center.

The center said in its 8 a.m. EDT advisory that Grace was centered about 355 miles east-southeast of the Leeward Islands and could reach the Lesser Antilles by Saturday night. It was moving west at 22 mph with maximum sustained winds of 40 mph.

Grace is expected to be near Florida by Wednesday of next week, CBS Miami reports. 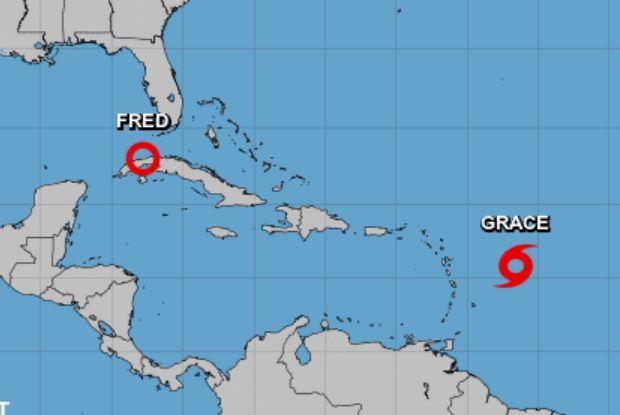 Grace was forecast to bring 3 to 6 inches of rain to the Leeward Islands, Virgin Islands and Puerto Rico into Monday.

Meanwhile, Fred remained a tropical depression with top winds around 35 mph. Forecasters said the system appeared “disorganized,” and projecting that it would pass west of the lower Florida Keys on Saturday afternoon and then move into the eastern Gulf of Mexico.

A tropical storm warning was in effect for the Florida Keys west of the Seven Mile Bridge to the Dry Tortugas. Fred was centered Saturday morning 25 miles west of Havana and 125 miles south of Key West, and it was moving west-northwest at 13 mph.

Once a tropical storm, Fred weakened to a depression by its spin over Haiti and the Dominican Republic, where it knocked out power to some 400,000 customers and caused flooding that forced officials to shut down part of the country’s aqueduct system, interrupting water service for hundreds of thousands of people. Local officials reported hundreds of people were evacuated and some buildings were damaged. 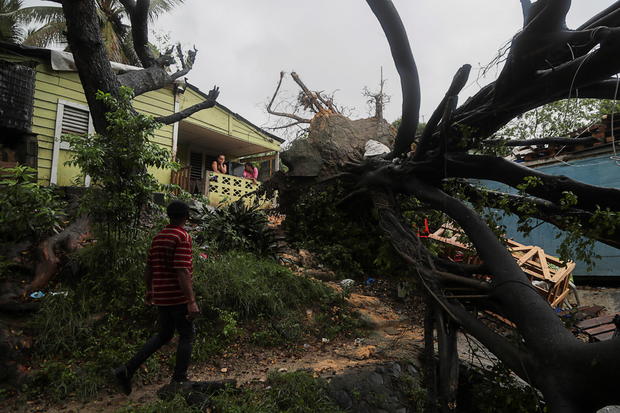 Fred was expected to bring 3 to 5 inches of rain to the Keys and southern Florida through Monday.

CBS Miami reports all of South Florida will be on the east side or “dirty side” of Fred. All the deep tropical moisture associated with Fred will lead to heavy rain, flooding, gusty winds, and the potential for tornadoes on Saturday.

No evacuations are planned for tourists or residents in Monroe County, Keys officials said Friday. The county’s emergency management officials are advising people in campgrounds, recreational vehicles, travel trailers, live-aboard vessels and mobile homes to seek shelter in a safe structure during the weather event.