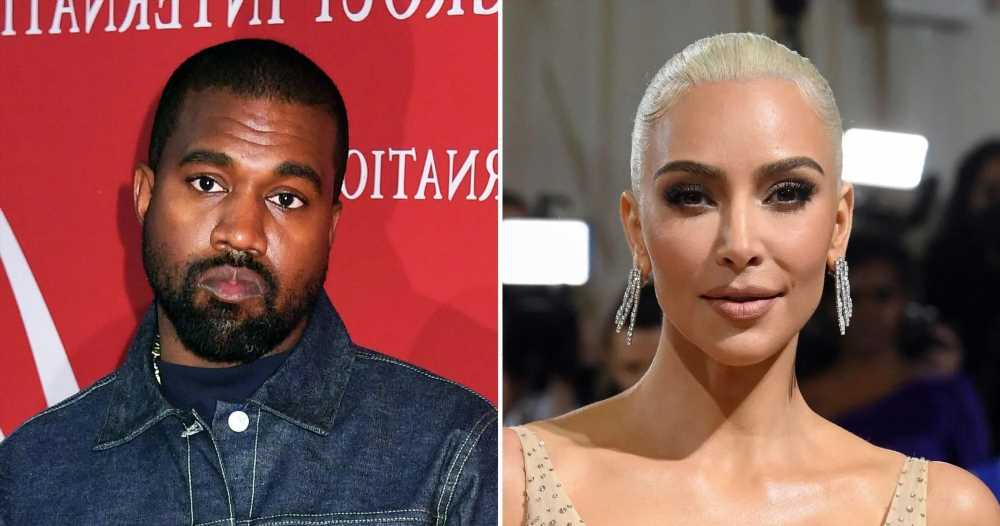 Standing up for her loved ones. Kim Kardashian reflected on her marriage to Kanye West — and the reality star wasn’t afraid to put her ex on blast for his past behavior.

During a new episode of Hulu’s The Kardashians, which premiered on Thursday, May 26, Kim, 41, voiced concerns that Kanye, 44, would talk “mad s–t” about her on a new song.

“I think that I will never stop being me. All I can do is control how I react to something. I can’t control how he treats me or how he has always treated you guys,” she told her family during a dinner. “I protected that for so long, but I said, ‘I will never let that happen to you guys again.’ For once in my life, I feel strong. I am not going to let someone treat you guys [a certain] way or myself.”

Kim noted that she previously struggled with her then-husband’s public comments about those closest to her, saying, “I do recognize the impact that my relationship has had on my family. And I have never had the opportunity to just say, ‘I am sorry.’”

The Skim founder’s family also weighed in with their outlook on the situation. Khloé Kardashian questioned why the rapper was “trashing” the mother of his children. The former couple share kids North, 8, Saint, 6, Chicago, 4 and Psalm, 3.

“We don’t have to sit here and throw stones back. We just take it on the chin,” the Good American cofounder, 37, said. “The truth always prevails. You will never regret being a good person. Never stoop to other people’s levels.”

Meanwhile, Kris Jenner pointed out that Kim has done “nothing but be great” to Kanye throughout their relationship. “When people are saying disparaging things about any of us, it hurts all of us because one day your kids are going to read all of it,” the momager, 66, said in confessional interview. “That is something everybody has to be really aware of.”

After nearly seven years of marriage, Kim filed for divorce from Kanye in February 2021. Later that year, the businesswoman requested to be declared legally single and to restore her last name. The petition was granted almost one year after her original divorce filing.

Amid their split, the Yeezy designer made controversial public statements about Kim and her family. The KKW Beauty founder made a rare comment on social media about Kanye’s “constant attacks” after he questioned her parenting earlier this year.

“As the parent who is the main provider and caregiver for our children, I am doing my best to protect our daughter while also allowing her to express her creativity in the medium that she wishes with adult supervision — because it brings her happiness,” Kim wrote via Instagram in February. “Divorce is difficult enough on our children and Kanye’s obsession with trying to control and manipulate our situation so negatively and publicly is only causing further pain for all.”

The Kardashian-Jenner Family’s Friendships With Their Exes: A Guide

The California native continued: “I wish to handle all matters regarding our children privately and hopefully he can finally respond to the third attorney he has had in the last year to resolve any issues amicably.”

During Thursday’s episode of The Kardashians, Kim reflected on getting to a better place in her life while going through a high-profile divorce. “The status of my relationship with Kanye hasn’t really been clear to people because I was trying to figure it out too,” she admitted. “I am ready to move on but I think for so long always depending on someone else, I forgot that I have an opinion too. And I forgot that I can make decisions too.”

New episodes of The Kardashians air on Hulu Thursdays.