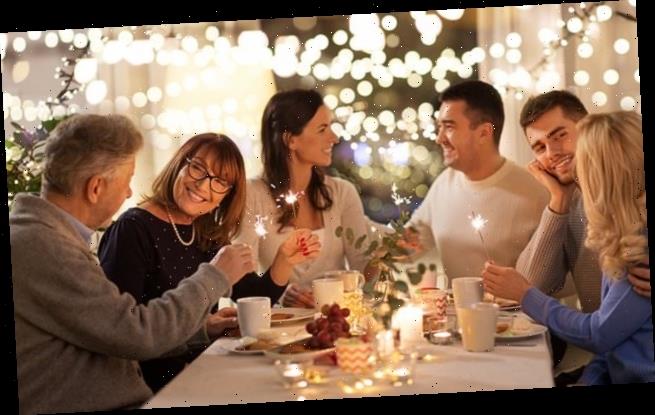 TOM UTLEY: Whisper it, but there is one cheery reason I’m celebrating the Rule of Six

Ever anxious to look on the bright side, today I draw your attention to one of the few cheery aspects of lockdown and the Rule of Six.

True, the edicts flowing from Whitehall and local authorities may be crippling the economy, throwing millions out of work, seizing up the health service, condemning the elderly to loneliness and wrecking the life chances of our young.

But for one thing at least, some of us can be grateful: ever since March, the rules have killed off the social nightmare of the middle-class dinner party. They have absolved us of all responsibility to reciprocate past hospitality and given us the perfect excuse to reject any invitations that may come our way.

Indeed, the great mystery to me is why anyone should actively wish to attend these grisly gatherings. But I’ll come to Jeremy Corbyn and his mates later. 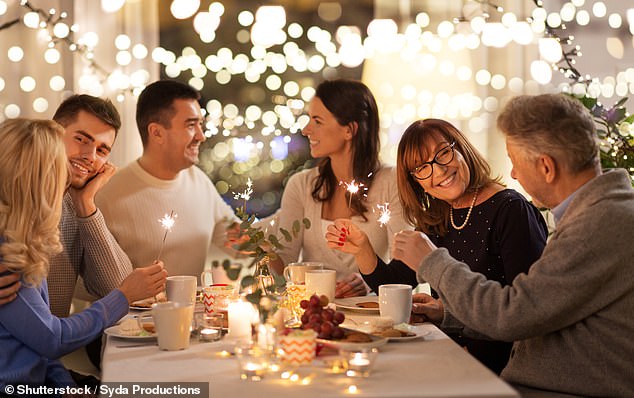 Ever anxious to look on the bright side, today I draw your attention to one of the few cheery aspects of lockdown and the Rule of Six (Stock image)

Oh, how I used to dread that phone call from friends or neighbours: ‘We’re having a few people round for a meal on Saturday — nothing fancy — and we’d love you both to come. There’s one couple in particular we’re longing for you to meet. We know you’ll get on like a house on fire.’

Well, if I’ve learnt anything from experience, the guests we’re supposed to adore will take an instant dislike to us, and vice versa. They’ll say sneery things about my job, lay into poor Mrs U over her work for an anti-abortionist group or spend half the evening moaning about Brexit (a cause close to my heart almost from the day we joined what was then billed as the Common Market).

Either that, or they’ll boast disgustingly about their swanky holidays in the Maldives or the dazzling successes of their children. (‘Two of yours are still looking for work, are they? Poor you!’)

By the end of the evening, when the wine has done its work on my tongue, I’ll be fighting back with barbed remarks of my own, or belittling the achievements of the couple’s young. (‘Your boy works for Goldman Sachs, does he? Oh, how embarrassing for you.’)

Meanwhile, my wife will be looking daggers at me, muttering ‘do shut up, Tom’ and glancing surreptitiously at her watch, yearning for the hands to creep round to a respectable hour for leaving. On one occasion, I even heard myself praising the awful Donald Trump, just to annoy a fellow guest who had riled me.

Indeed, the only pleasure to be derived from these occasions comes afterwards, when Mrs U and I are back at home, treating ourselves to a nightcap, mocking our fellow guests and laughing over the sheer ghastliness of the evening.

But while it’s grim enough attending a dinner party as a guest, throwing one ourselves is even worse — which is why we do it only once in a blue moon, when the list of people we owe stretches halfway round the block.

Weeks beforehand, Mrs U will start agonising about who to invite and what to give them to eat.

Now, I hasten to say that when it comes to producing the good plain grub I love, Mrs U is an excellent cook. But one of the infuriating rules of the middle-class dinner party, at least as she interprets them, is that tried-and-tested recipes, honed to perfection, just won’t do.

No, if we’re having people round, she insists on giving them something special, which almost always means something she has never cooked before. Something, in short, that’s bound to go wrong.

As DP-Day draws ever closer, the tension cranks up even more. What will she wear? Should it be something formal, in which case the guests are sure to turn up in sweaters and jeans? Or should she dress down — thereby all but guaranteeing the guests will be wearing suits, ties and full-length skirts?

And what about the seating plan? What if the Smythsons and the Fox-Barclays can’t stand each other? Dare she seat Josephine next to Richard, or will it be too obvious that she’s hoping to arrange a romance?

Then, at the very last moment, a guest will ring up to cancel, sparking a vain hunt for someone to make up the numbers. Chances are, the stand-in will turn out to be a vegetarian or allergic to at least one ingredient in every dish on the menu.

Finally, the doorbell rings, the first victims arrive and the curtain rises on a nerve-jangling ritual of awkward formality, forced jollity, one-upmanship and either inebriated ill-temper or disapproving sobriety (‘No, thank you, I’m driving’).

Almost invariably, at least one of the guests will arrive late, meaning the food will be overcooked, while the pre-dinner small-talk among those already assembled becomes more and more sticky.

‘Really, how long have you lived there? How many have you got? Boys or girls? Oh, and what are they up to? Yes, sorry, you’ve just told me that.’ Meanwhile, in the kitchen the soup has overboiled, the main course has burned to a cinder and the dog is throwing up something that looks suspiciously like the mousse au chocolat et Cointreau, intended for afters.

When the last guest eventually leaves — and while most are happy to escape as soon as they judge it decent, you can be sure at least one will outstay his welcome into the small hours — an exhausted Mrs U and I will look at each other and say in unison: ‘Never again!’

So it is that I bless Boris Johnson for sparing us this hell for the foreseeable future. Yet some, it seems, are gluttons for punishment. Which brings me to Mr Corbyn, his hosts and fellow guests who risk fines of £200 each — a grand total of £1,800 — having been caught on camera committing the new-fangled crime of sitting down to a meal with more than six people.

As the former Labour leader admitted in his apology, there were nine at that party, including himself, his wife Laura Alvarez and various others, said to include ‘Left-wing activists, film-makers and artists’.

To put my cards on the table, I’m inclined to agree with those who believe the present rules are far too draconian and question the Government’s right to impose them by decree.

I have no time at all, however, for those hypocrites — whether government advisers, epidemiologists or former Labour leaders — who tell the rest of us to abide by the rules but think themselves too grand to obey them.

But I won’t dwell on that here.

All I will ask is, who but a madman would fail to seize the excuse to refuse an invitation to any dinner party — let alone a gathering of arty Lefties — attended by that barrel of laughs, the vegetarian teetotaller and ranting bore Mr Corbyn?

It looks to me like the dinner party from Hell.

You have only to glance at the photograph to see everyone present is having a miserable time. Only the woman sitting on Jezza’s right is even attempting a smile. As for the former leader himself, he is positively glowering at the camera, over what looks like a half-eaten courgette, with the expression he usually reserves for hostile interviewers.

Could it be that he realised the picture was bound to find its way into the Press and so land him in hot water?

Well, he deserves it. Indeed, I have far more sympathy for his dotty brother Piers, who has been fined a swingeing £10,000 for organising a protest against the lockdown. At least nobody can accuse him of preaching one thing while practising another.

As for me, I’m just happy to have the excuse for a long break from the agony of the middle-class dinner party.

Is it too much to hope that, even after life returns to something like normality, our oft-repeated prayer will be answered: ‘Please God, never again!’