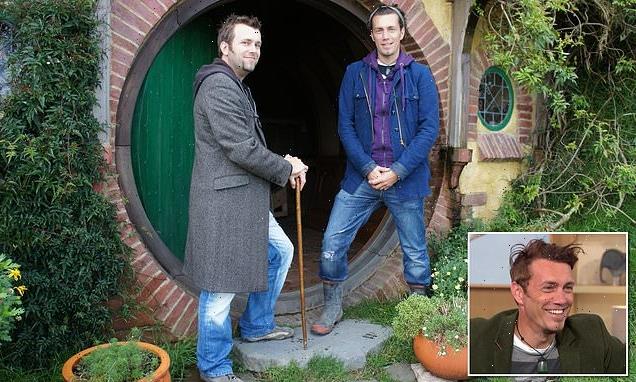 A quest worthy of Frodo! Great-grandson of J. R. R. Tolkien reveals late brother told him to use family name to raise awareness of motor neurone disease after setting him list of 50 challenges to complete after he died

The great-grandson of Lord of the Rings writer JRR Tolkien has vowed to use the author’s fame to raise awareness of motor neuron disease after losing his brother to the condition.

Royd Tolkien, 51, who works as filmmaker, hit the headlines in 2017 after completing a series of outrageous bucket list challenges set by his late sibling Mike, who tragically died in 2015.

Now, Royd has turned his adventures into a book and documentary titled ‘There’s a Hole in My Bucket’, which details the 50 challenges set by his brother, including dressing as Gandalf on a plane and tripping over at Mike’s funeral.

Appearing on This Morning today, he said that while they live a ‘normal life’ as relatives of the esteemed author, Mike had instructed him to ‘use the name’ to raise awareness of MND. 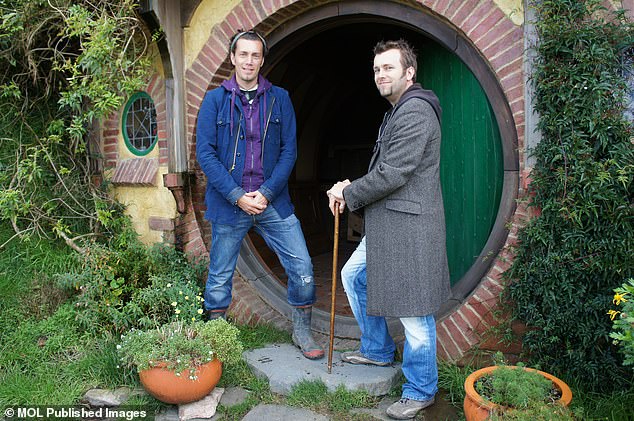 The great-grandson of Lord of the Rings writer JRR Tolkien has vowed to use the author’s fame to raise awareness of motor neuron disease after losing his brother Mike to the condition. The pair are pictured together in New Zealand before Mike’s death 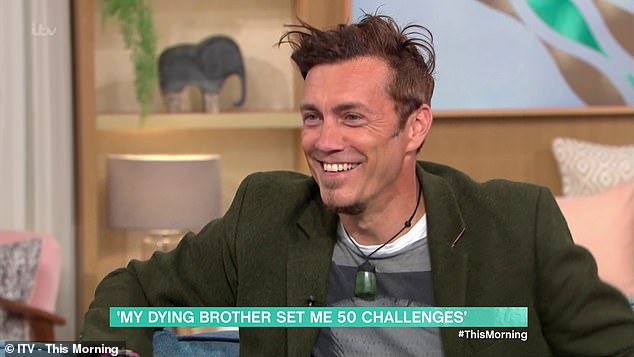 Appearing on This Morning today, Royd said that while they live a ‘normal life’ as relatives of the esteemed author, Mike had instructed him to ‘use the name’ to raise awareness of MND

Speaking of being Tolkien’s great-grandson, he said: ‘It’s a very lucky position to be in, it’s very normal.

‘We don’t have an unusual life, but what it has afforded me is the ability to, in this instance, promote this book and this documentary to raise awareness for motor neuron disease and to use it in the right way.

Mike was diagnosed with motor neurone disease in September 2012, and Royd said the family had ‘no idea what was coming’. 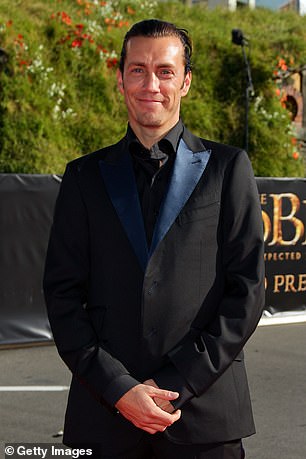 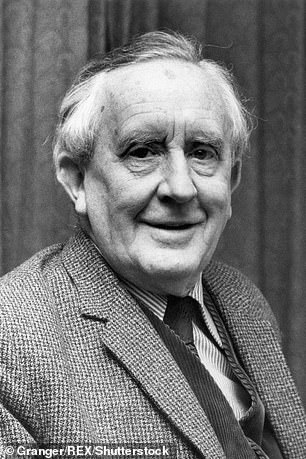 Royd, from Mold in North Wales, (pictured left in 2012)  completed a series of outrageous bucket list challenges set by his late sibling Mike, who tragically died in 2015. He said that his grandfather’s fame allowed him to promote his book and documentary, and raise awareness of the condition. Right, J.R.R. Tolkien

Royd, from Mold in North Wales, said that completing the challenges – designed to reflect Mike’s adventurous spirit and sense of humour – was ‘a really emotional journey’.

‘I think normally you look up to your older brother or sister, but I always looked up to him,’ he said. ‘He had a wicked sense of humour. This [the list] was not just about things he wanted to do, but things to do on his behalf.’

His first challenge was to ‘trip over at the most awkward and embarrassing moment at his funeral service’.

‘When I stood up and actually, I tripped over a bit too hard and genuinely banged my head,’ said Royd. ‘I looked out across the people who were there, it was full, it was rammed and nobody was looking at me. 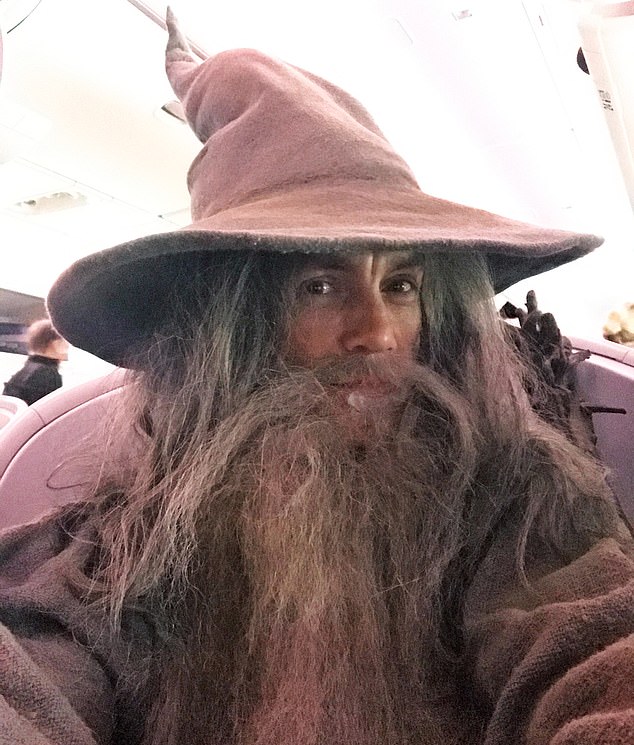 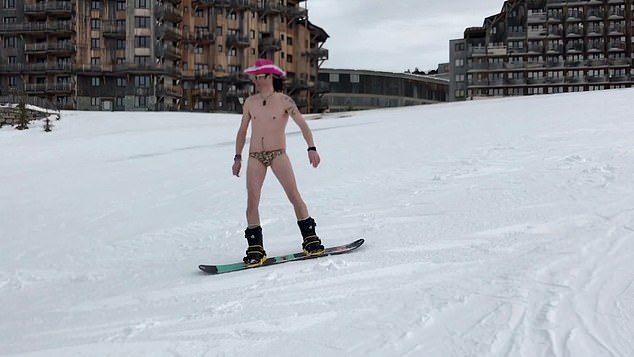 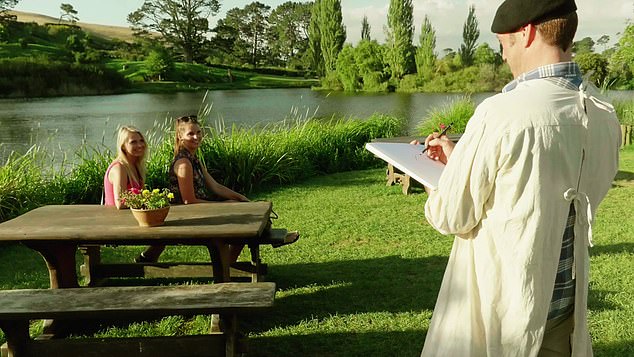 Although unable to draw, Royd was tasked with approaching people at Hobbiton, where the movie was filmed and now a popular tourist attraction, and offer to sketch them

‘I had to tell me dad and my son what was going to go on or they would have tried to help me.’

The challenges, which included holding a tarantula and bungee jumping in a tutu, took place mainly in in New Zealand and took three and a half months to complete.

Another saw Royd dress up as Gandalf while greeting passengers on a plane to New Zealand wearing the real costume, provided by The Lord of the Rings director Peter Jackson.

Other tasks including performing a stand-up routine with just 20 minutes to prepare; snowboarding wearing nothing but a leopard print thong and a pink cowboy hat and approaching people at a popular tourist attraction and asking to sketch them.