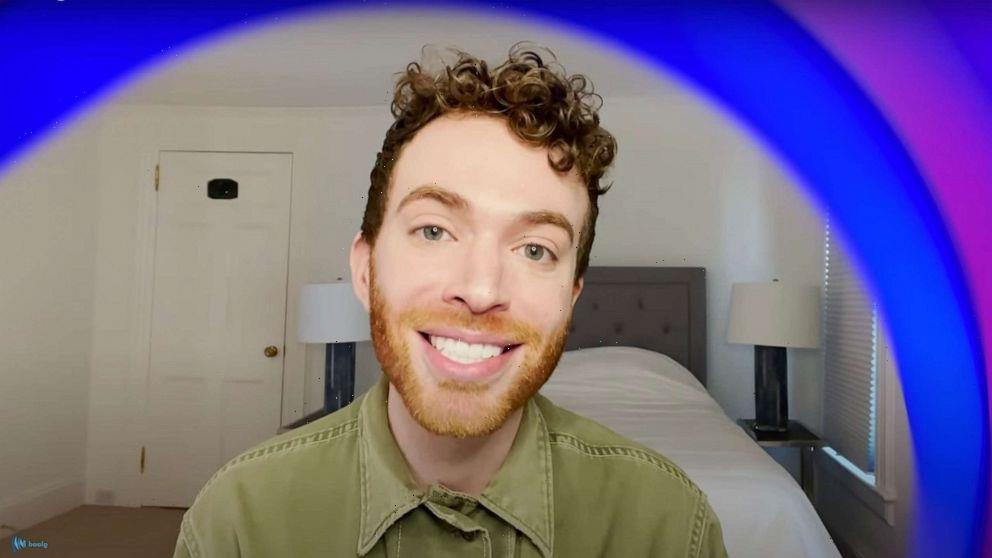 TikTok creator Josh Helfgott is changing the world one viral post at a time, whether he knows it or not.

The recipient of this year’s inaugural “TikTok Queer Advocate of the Year” award, presented by GLAAD, the nation’s largest LGBTQ+ media advocacy group, Helfgott credited the social platform for granting him the ability to create the representation and visibility he said he didn’t have throughout his youth.

A son of two mothers, Helfgott shared in a powerful acceptance speech for the GLAAD award that despite growing up in an LGBTQ+ household, he was still scared to come out as gay as a kid because of bullying and shaming he experienced in school.

“I thought [my moms] were the only ones, because I never saw anyone like them on TV,” he said. “And when I was in middle school, I began to notice myself paying a bit too much attention to a handsome boy … which is when I realized my moms weren’t the only ones.”

“But I didn’t even tell them that I was gay,” he added. “I kept it a secret, because I was ashamed. Kids at school told me I was weird, I was a loser, I would never be cool. And I believed them. Until I finally accepted that I wasn’t weird. I was gay.”

In an interview with “Good Morning America,” Helfgott outlined how shame and lack of representation are interconnected.

“I grew up feeling so ashamed in private, I didn’t tell anyone,” he said. “I didn’t show anyone the shame, but it was boiling within me: shame of being the only one like me. And it took years and years of understanding that the narrative that other people were telling me about myself wasn’t true, that I wasn’t weird.”

“The weirdest thing about growing up gay, is having people see it before I did,” he recalled.

“I remember in first grade on a playground when a boy learned the word gay and he actually kindly said, ‘Hey, I think you might be gay.’ I didn’t even know what it meant, but the shame was already there.”

“In third or fourth grade, kids learned the F-slur, like the derogatory word used towards gay men, and that was the word that became the word of choice in middle school and especially in high school. That word still sticks with me,” Helfgott added.

“Any story that I think back to young me tends to involve some guy shouting or whispering the F-slur at me. When people do that, it creates so much anxiety within them, and they turn inward. It took me a long time to turn it outward.”

Gay men speak out after being turned away from donating blood during coronavirus pandemic: 'We are turning away perfectly healthy donors'

It was TV that ended up being his unlikely hero in high school when bullying reached a peak for him, he said.

“One day, I turned on the TV and I saw Oprah Winfrey on the Oprah Winfrey Show,” he said. “It was nothing like how I viewed myself. I saw this woman on TV and she was empowered, and I just became best friends with TV.”

“When I watched TV, I felt I was no longer alone in my bedroom. Oprah was a huge turning point for me to realize that I could take my own story and share it with other people, because that’s what she did.”

“Three months into quarantine was when I made my first ever TikTok, because up until then, for my whole life, I was too ashamed to turn on the camera and tell my own story,” Helfgott said.

While amassing nearly 4 million followers across his social media didn’t happen overnight, Helfgott told “GMA” that leaning into his own story helped him find his own voice on social media as someone who could amplify other LGBTQ+ people, stories and voices, so others like him could discover they weren’t alone in the world.

“When I made when I made my first TikTok, I was super nervous, because I thought TikTok was a place of trends and dances, and I’m not a dancer,” he said.

“One day I decided to share a story of a gay couple from the 1950s who wrote a secret love letter to each other, and that made me cry. I was reading it at home and I started crying, so I decided I’m going to turn on the camera.”

“I woke up the next morning and it had 100,000 views, and I cried again,” Helfgott said. “And I never stopped from there. I made it a mission to continue to share stories that moved me, and then I pushed further into the LGBTQ+ advocacy space and education and amplifying voices during Black Lives Matter and then realizing that I need to use my platform for all minority groups.”

TikTok nominated ME for “Best Queer Advocate” Award🏳️‍🌈 Can you vote for me? Link in bio🥺 ILYSM

“It is all relatable, and the intention of my [GLAAD] speech was to show people that I am the same as them,” he said.

“I think being open about what you’ve experienced in your past and having people in the public be open about their past is the best way to promote healing and to do something good, because I don’t make videos to be an influencer,” Helfgott added.

True to his title of “Advocate of the Year,” Helfgott said the message he’d most like to share with other LGBTQ+ people in the world is: “You are not alone.”

“Even if you feel like you’re the only one, I promise you are not,” he said. “And you are good enough, and you are worthy, and you are special. I know for sure that being LGBTQ+ is a superpower.”

Asked what he would say now to his younger self, Helfgott replied: “Life is going to be much brighter than he imagined. I would say you are OK. And hang on tight, because where you’re at right now is not where you’re going to be forever.”