Golf legend Tiger Woods was the driver and sole occupant inside of the Genesis GV80 SUV, which was traveling north on Hawthorne Boulevard at Blackhorse Road when he crashed near the Rolling Hills Estates and Rancho Palos Verdes neighborhoods just after 7 a.m, according to the Los Angeles County Sheriff's Department.

The vehicle sustained major damage, and Woods had to be extricated from the wreckage by Los Angeles County firefighters and paramedics, sheriff’s officials said.

Anonymous law enforcement sources told the LA Times that Woods was traveling at a high rate of speed and lost control of the vehicle before crossing the center divider. Woods' SUV reportedly rolled multiple times before coming to a halt.

The sources added that Woods had to be removed through the car’s windshield. The front end of the SUV was reportedly heavily damaged and the windscreen frame had been removed where Woods was extracted from the vehicle.

Officials have not revealed the cause of the accident. An amublance took Woods to a hospital in serious condition, and a traffic investigation is being conducted by investigators from the LASD's Lomita Station. 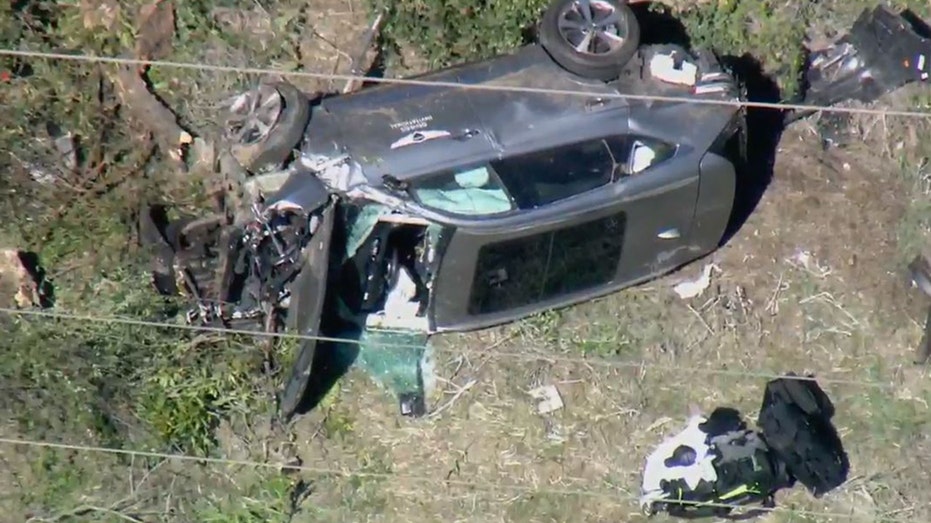 The 2021 Genesis GV80 carries a starting price of $48,900. The car contains a 300 horsepower engine, a 14.5-inch horizontal touchscreen on the center console and an 8-inch digital instrument panel. It has 10 airbags, a forward-collision warning system, evasive steering technology and an interior camera to alert drivers if they're falling asleep.

Genesis is the luxury brand sold by Korean automaker Hyundai.

"This morning, Genesis was saddened to learn that Tiger Woods had been in an accident in a GV80, a Genesis spokesperson told FOX Business in a statement. "Our thoughts and prayers are with Tiger and his family at this time." 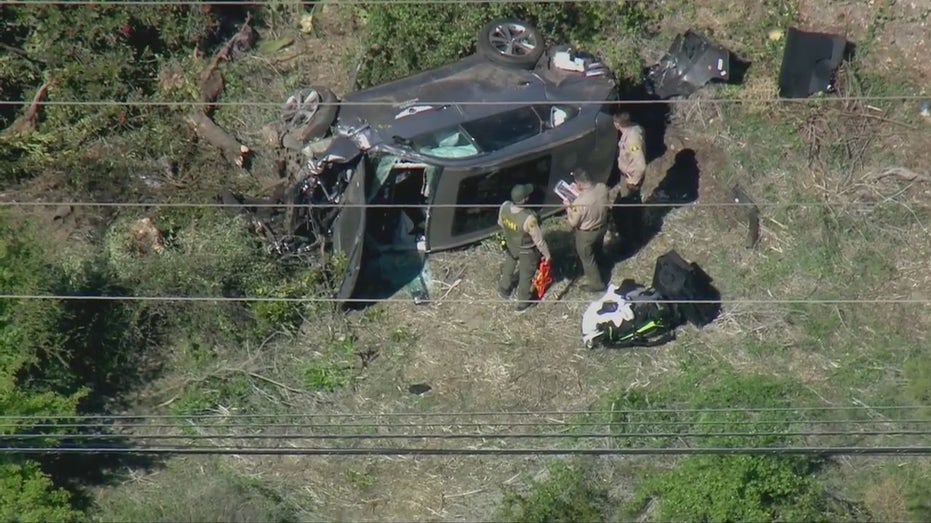 This is the third time Woods has been involved in a car investigation. The most notorious was the early morning after Thanksgiving in 2009, when his SUV ran over a fire hydrant and hit a tree. That was the start of shocking revelations that he had been cheating on his wife with multiple women. Woods lost major corporate sponsorship, went to a rehabilitation clinic in Mississippi and did not return to golf for five months. 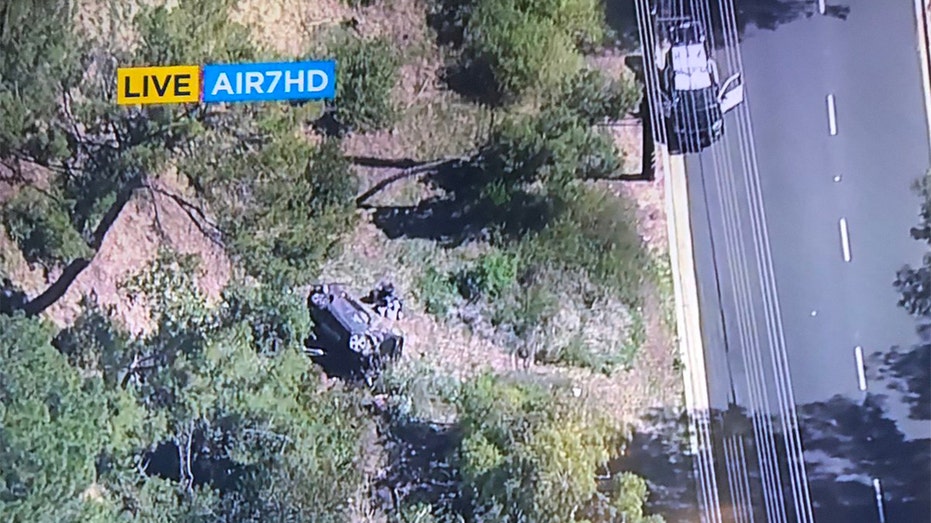 In May 2017, Florida police found him asleep behind the wheel of a car parked awkwardly on the side of the road. He was arrested on a DUI charge and said later he had an unexpected reaction to prescription medicine his back pain. Woods later pleaded guilty to reckless driving and checked into a clinic to get help with prescription medication and a sleep disorder.