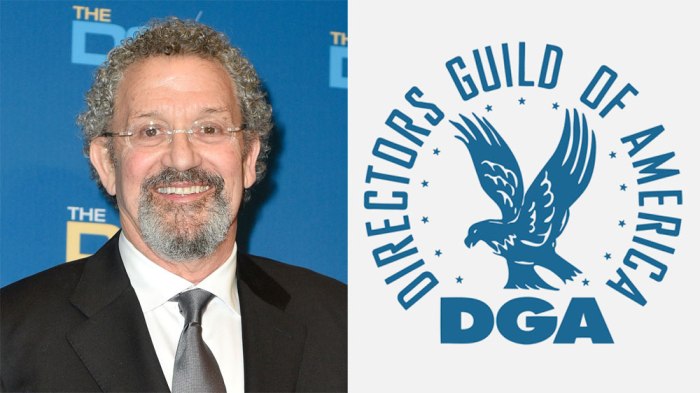 Veteran TV director Thomas Schlamme has been re-elected president of the Directors Guild of America for a two-year term.

Schlamme was selected by the acclamation of 155 delegates at the DGA’s convention on Saturday at DGA headquarters in Los Angeles. DGA presidents typically serve for two two-year terms, as did Schlamme’s predecessor Paris Barclay. The DGA represents more than 18,000 members.

“It is my honor to once again accept the position of President of the Directors Guild of America,” said Schlamme. “It’s a privilege I don’t take lightly. We’re in a time of immense change, and the next few years will be critical for the DGA and for our industry. I am focused and ready to lead us through our next negotiations, and to ensure that the creative and economic rights of directors and their teams are protected for years to come. And I am fortunate that serving alongside me is a dedicated, experienced team of fellow officers elected to represent our members.”

Prior to being named president in 2017, Schlamme had been on the DGA national board since 2005. He was co-chair of the 2014 and 2017 negotiating committees together with secretary-treasurer Michael Apted.

In 2017, the DGA honored Schlamme with the Robert B. Aldrich Achievement Award for service to the DGA and its membership. Schlamme joined the DGA in 1978.

The successor deal to the DGA’s master contract is likely to be negotiated late this year. The current pact expires on July 1.

Schlamme is best known as a TV director and has won nine Emmys and three DGA Awards. He teamed with Aaron Sorkin on directing and executive producing “The West Wing,” “Sports Night,” and “Studio 60 on the Sunset Strip.” His credits include “Mad About You,” “ER,” “Friends,” “Spin City,” “The Larry Sanders Show,” “Parenthood,” “Boston Public,” “Mr. Sunshine,” “Murder in the First,” “Pan Am,” “Manhattan” and the FX drama series “Snowfall.”

Schlamme’s feature credits include “So I Married An Axe Murderer,” “You So Crazy,” and “Miss Firecracker.” Schlamme is currently shooting the upcoming HBO series “The Plot Against America.”

Schlamme has also been active in monitoring the inclusion issue. The DGA noted in its October report that women and directors of color posted record levels of employment in episodic television directing jobs during the previous TV season. The percentage of episodes directed by women rose to 25% of all episodes, and the percentage of episodes helmed by directors of color increased to 24% of all episodes. Schlamme said earlier this year that the survey showed that networks need to do more.

“It’s encouraging to see that the compass is pointing in the right direction, yet progress is mixed,” he told Variety. “The bright spot here is that the doors are finally opening wider for women, who are seeing more opportunities to direct television. But it’s disappointing the same can’t be said for directors of color. The studios and networks who do the hiring still have a long way to go, and we are committed to continuing this important fight.”

“Michael’s history of guild service is immeasurable,” Schlamme said. “Suffice it to say, the 21st century of this guild is because of Michael Apted, and because of his work. We all stand on his shoulders.”