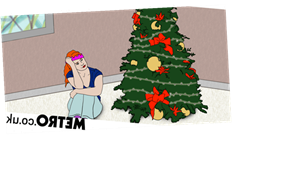 Christmas is a pricey time of year.

There’s presents to think about, food and of course, a few festive tipples.

Despite a year of uncertainty, many of the 2,000 people surveyed still have plans to go all out for the festive season, spending more on new clothes, gifts and decorations.

It also said that people plan to spend an average of £85 on decorations, up from £71 last year.

The only place the study showed we might cut back slightly is on food – with an average spend of £100, compared to £102 last year.

Despite the increase in spending, nearly two-thirds of those surveyed said they were cutting back on their plans because of the pandemic.

Of course, it’s important to take a look at your financial situation and decide what can work for you when it comes to Christmas spending.

If you are worried about Christmas spending, make a plan and be prepared to say no.

The research revealed 59% of shoppers have set a budget for festive spending this year, but 27% admitted they may not stick to it.

The company added: ‘Christmas is a time of unexpected costs and splurges so keep your spending in check by doing your research before you take the plunge. Those minutes you spend browsing could help you save a good few pounds.’

If you want more tips and tricks on saving money, as well as chat about cash and alerts on deals and discounts, join our Facebook Group, Money Pot.

MORE : When should you put your Christmas tree up – is November too early?