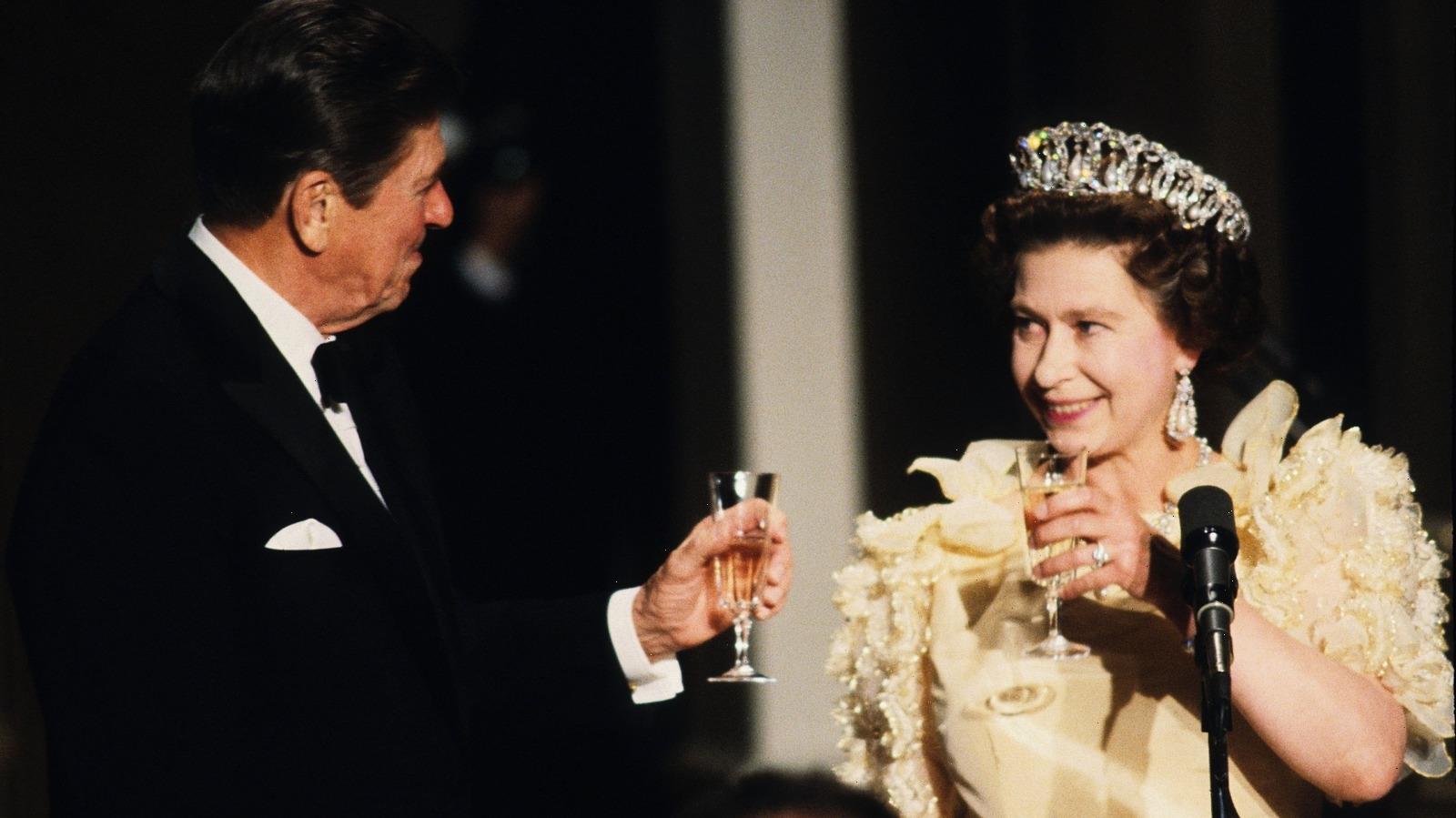 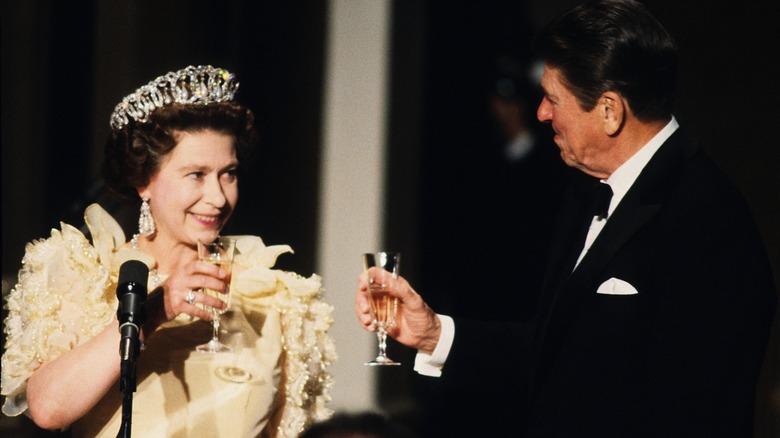 If you’ve seen The Crown, you’ll know the important role the Queen of England plays in foreign affairs. Many times, the Queen rolls out the red carpet and puts the full glamour of the monarchy on display when foreign heads of state come to visit — and American presidents are no exception. According to Town and Country, Queen Elizabeth II has met with 12 of the last 13 sitting presidents. That number will increase to 13 out of 14 after President Joe Biden heads across the pond later this year.

In both 2018 and 2019, President Donald Trump met with her majesty. During his first visit, he watched a military parade with the sovereign, got a look at Windsor Castle and took tea with the Queen, the outlet reports. The Queen met with President Obama multiple times throughout his presidency as well. During the Obamas’ 2009 meeting with the British head of state, the first lady broke protocol and gave the monarch a hug, according to Town and Country. While people are technically not allowed to touch her majesty, the Queen reportedly took no issue with the breach. Especially since the Obamas came back multiple times, there likely wasn’t too much damage done.

Queen Elizabeth also hosted Presidents George W. Bush and Bill Clinton, Insider reports. She also formed relationships with other commanders in chief. Indeed, upon George Bush’s death in 2018, the Queen called him “a great friend and ally of the United Kingdom”. Prince Charles represented the royal family at his funeral services, according to the outlet.

Queen Elizabeth went to a baseball game with George Bush 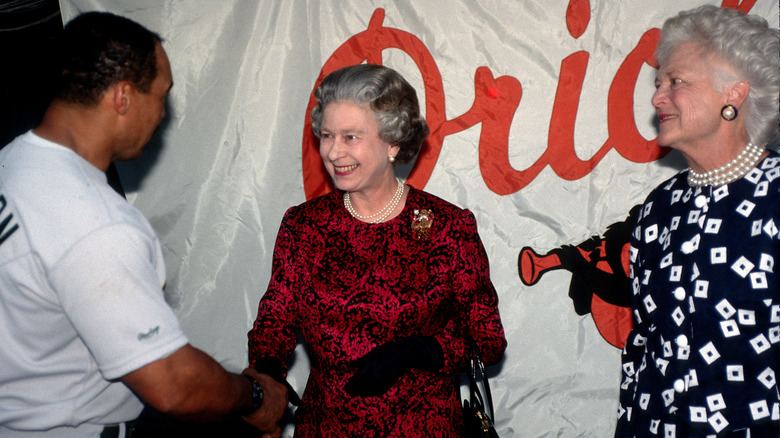 The two unlikely friends, the Queen and President Bush also went to a Baltimore Orioles game during her visit to the United States in 1991. Insider notes that it was the first time her majesty and Prince Philip had attended a baseball game. She was also close with President Regan and his wife, Nancy. The monarch came to a state dinner at the White House and bonded over their love of horses during his visit to the UK. The Queen even flew out to Regan’s California ranch in 1983 to ride the family horses. She also knighted him after the United States fought alongside the UK in the Falkland wars, the outlet notes.

President Jimmy Carter gave the Queen Mother a kiss on the lips during his visit in 1977 — something the Queen has likely never forgotten. She also danced with Gerald Ford in celebration of the American bicentennial in 1976. President Nixon reportedly attempted to set his daughter up with the then-eligible Prince Charles during one of their numerous meetings. The outlet reports that during President Kennedy’s visit, the Queen felt upstaged by his wife, the famous Jackie in 1961. However, the two remained close nonetheless.

Town and Country reports that President Eisenhower received the Queen’s recipe for drop scones following his visit in 1959. However, the only president she met while she was still a Princess was Harry Truman in 1951. She and her husband, Prince Philip hosted the president and they met later when she visited Washington, D.C.