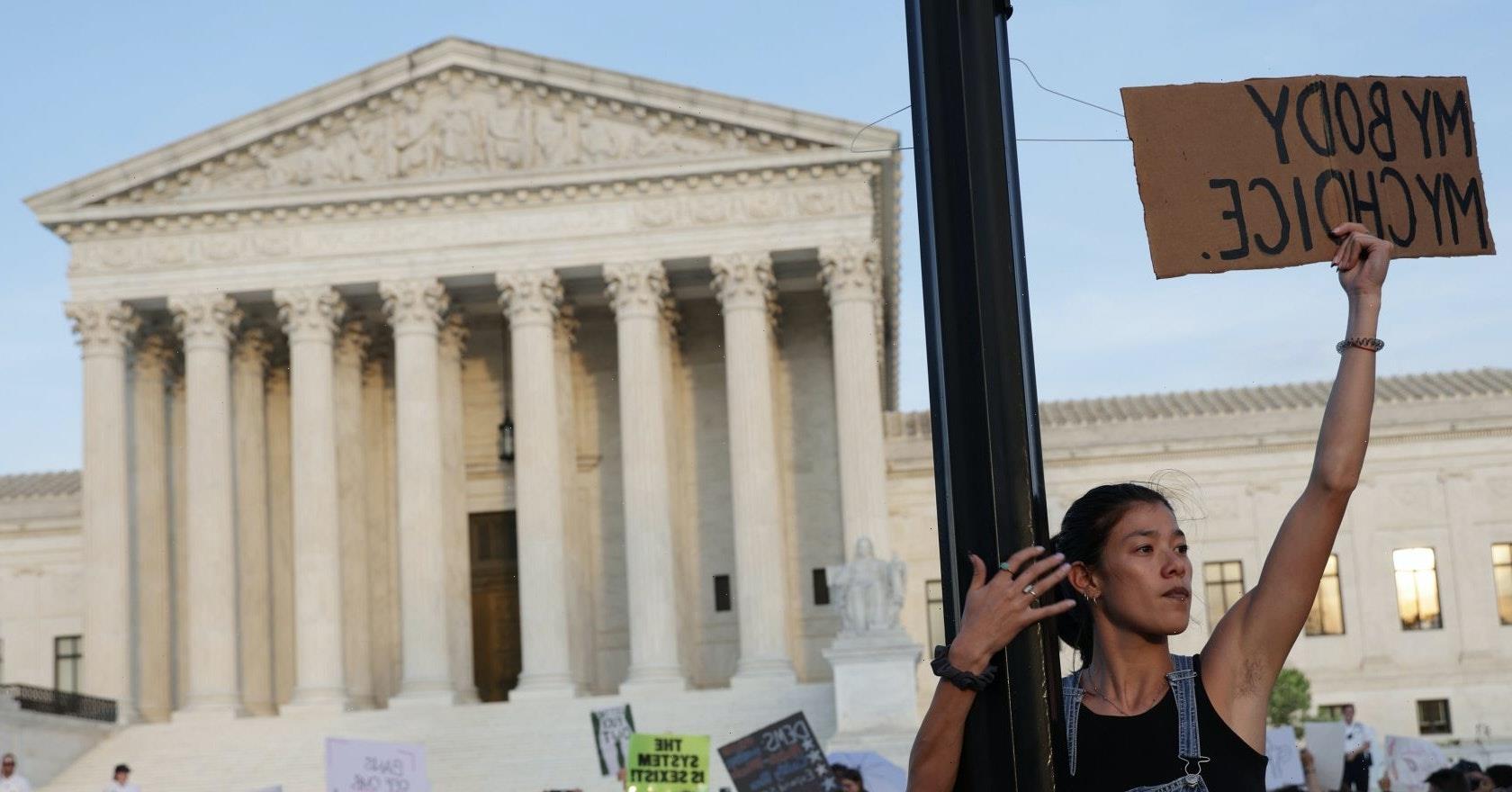 Following months of speculation, the US Supreme Court has made the decision to overturn Roe v Wade, ruling that states may again outlaw abortion.

After months of speculation, the US Supreme Court has overturned Roe v Wade, the integral ruling from 1973 that gave women the constitutional right to have an abortion up to 24 weeks.

The decision was split along ideological lines, with the six conservative justices voting for it and the three liberals dissenting.

How Roe v Wade was overturned

The opinion, written by Justice Samuel Alito, overturns the landmark ruling that legalised abortion nationwide up to the point of foetal viability, generally accepted to be around 24 weeks into pregnancy.

Back in May, a leaked draft opinion obtained by Politico revealed that the Supreme Court had provisionally voted to overturn Roe v Wade, but the decision was made final and the constitutional right to choose abortion was removed today (24 June).

“We therefore hold that the Constitution does not confer a right to abortion… and the authority to regulate abortion must be returned to the people and their elected representatives,” part of the judgment read.

What does the overturning of Roe v Wade mean

The overturning of Roe v Wade removes the constitutional right to abortion and allows states to take control of their own abortion laws.

Pro-abortion figures have long feared that this will pave the way for an onslaught of horrific anti-abortion laws that will strip women of their right to necessary healthcare.

While abortion won’t be completely banned in the US, the removal of the landmark precedent will make it easier for states to heavily restrict or ban abortion. It’s estimated that women living in about half of all US states could soon lose access to abortion, with over a quarter of abortion clinics being shut down.

At least 25 states are poised to introduce new laws, or reactivate dormant law, which will make it illegal to access abortion in many cases, including, in some instances, where conception has resulted from rape or incest.

So-called “trigger laws” in 13 of the 50 US states – including Idaho, Louisiana and Mississippi – will now effectively ban abortion after 15 weeks in nearly half the US.

States including Alabama, Arizona and Arkansas still have pre-Roe abortion bans in place, which had been blocked by the courts under Roe v Wade. However, these restrictions can now easily be brought back into effect with a court order, according to the Guttmacher Institute.

What could happen next?

Activists will undoubtedly be taking to the street across the US – and the world – to protest the decision.

As the Independent reports, prosecutors across the US have also vowed to refuse to prosecute women if they get abortions in states where it will be banned.

President Biden previously hinted that his administration would take action if Roe v Wade was overturned, writing in a statement that he believed a woman’s right to choose was “fundamental”.

“Shortly after the enactment of Texas law SB 8 and other laws restricting women’s reproductive rights, I directed my Gender Policy Council and White House Counsel’s Office to prepare options for an Administration response to the continued attack on abortion and reproductive rights, under a variety of possible outcomes in the cases pending before the Supreme Court,” he wrote. “We will be ready when any ruling is issued.”

During an appearance on Jimmy Kimmel Live! in June, Biden also suggested that there were some “executive orders” he could employ to protect abortion rights in the eventuality of the ruling.

An executive order from the president requires no congressional approval, nor can Congress simply overturn them. However, Congress may pass legislation that might make it difficult, or even impossible, to carry out the order, such as removing funding.

Therefore, it remains to be seen if, how or when these orders may be codified.