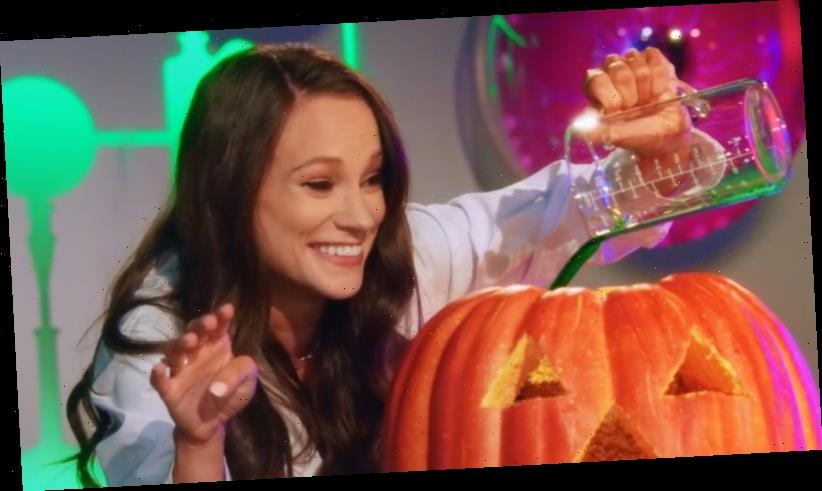 At one stage she was even asked if she had a boyfriend who could step up to co-host. 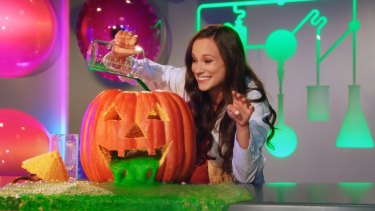 “I have four degrees in science and engineering,” says Emily Calandrelli. “I am very authentic in my love for science.”Credit:Netflix

"I remember one production meeting, we got feedback from a network saying, 'Our audience is primarily male, so we don't know how they would relate well to a female host'," says Calandrelli, on the phone from her home in San Jose, California.

"The exact feedback was, 'Does she have a boyfriend who could co-host?' It was pretty frustrating feedback to hear."

Fortunately streaming giant Netflix had the foresight to see beyond Calandrelli's gender. Last year they green-lit Emily's Wonder Lab, a 10-part science show with Calandrelli – who has a masters in Aeronautics and Astronautics from the prestigious Massachusetts Institute of Technology – front and centre. By the time filming began, she was 35 weeks pregnant.

"I have four degrees in science and engineering, and I am very authentic in my love for science, and they wanted me to just play myself," she says. "So we created an entirely new TV concept with Netflix, which ultimately became Emily's Wonder Lab." 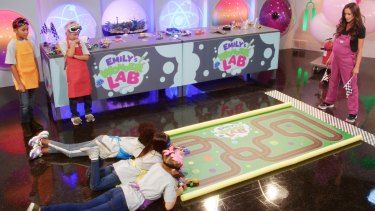 With women vastly underrepresented in science and technology in Australia, experts hope shows like Emily’s Wonder Lab create excitement around the fields. Credit:Netflix

In the show, Calandrelli guides kids through a series of science experiments, explaining complex principles in fun, easy-to-digest ways. They can watch her wade in paddling pools of 'oobleck' slime, or make huge soapy explosions out of dishwashing detergent.

It's struck a chord with kids – and their parents. One quick check of Calandrelli's social media accounts shows households are watching the show en masse, from all corners of the globe.

"That type of response is so heartwarming, because I feel like we have created something that is useful and meaningful to a lot of people."

With millions of children across the world currently learning remotely, the show has come along at exactly the right moment.

But as Calandrelli explains, this was pure coincidence.

"My daughter just turned one, so we filmed this show [a year ago] in a totally different world – we did not expect to be in a situation that we are in now," she says. "I guess it's some silver lining to think that we created something that can be useful to families and educators right now." 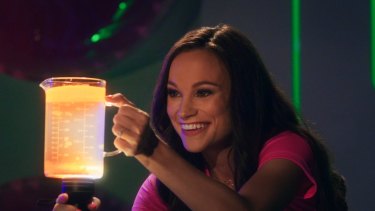 In the show, Emily guides kids through a series of do-it-yourself experiments. Credit:Netflix

And if she's helped just one young girl feel connected to the world of STEM (science, technology, engineering and maths), Calandrelli feels her mission has been successful.

"I am hoping by being a female host of a science show for kids, this will help inspire a new generation to want to become scientists and engineers," she says.

Kylie Walker, chief executive of the Australian Academy of Technology and Engineering, says women are vastly underrepresented in science and technology.

"Only 17 per cent of STEM professionals in Australia are women," she says. "Girls start dropping out of STEM in upper primary school, and they keep dropping out all the way to the top."

She says shows like Emily's Wonder Labare a great way to encourage more young girls to engage with the field.

"It's so important to see people like Emily loving science and technology and putting it into action in publicly visible roles."

"As a kid I always loved science, but it was definitely never this fun," she says. "This show helps kids understand that women can be smart, funny, and can be scientists… it's also great to see a pregnant woman talk about "non-Newtonian fluids" – and kids loving it!"