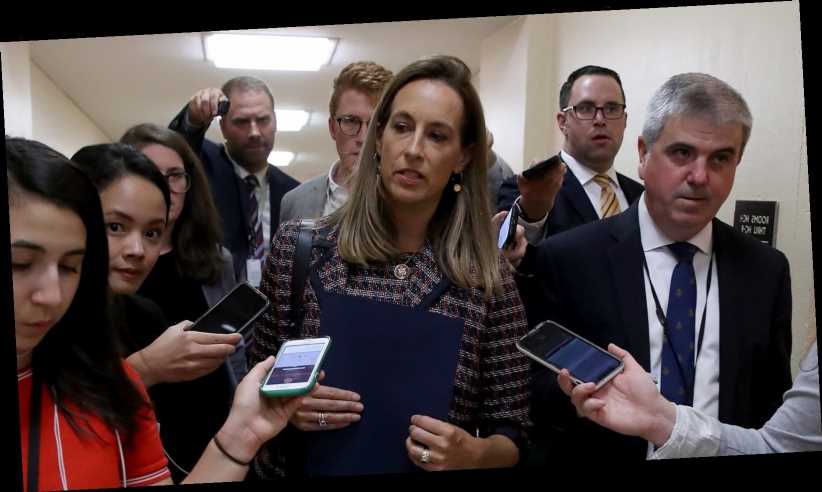 Unless you live in New Jersey, odds are good that you have not heard of Representative Mikie Sherrill from the Garden State’s 11th district (via Vote Smart). However, Sherrill is now making serious headlines by putting out the startling allegation that she had seen fellow members of Congress leading groups, who were linked to the January 6 violence, just one day before (via The Washington Post).

In a letter to the Acting House Sergeant at Arms, Sherrill, along with more than 30 additional members of Congress, flagged the tours, which were conducted on January 5 because “access to the Capitol Complex has been restricted since public tours ended in March of last year due to the pandemic (via House.gov)  “Many of the Members who signed this letter, including those of us who have served in the military and are trained to recognize suspicious activity,” the letter states.

Mikie Sherrill spent a decade as a Navy helicopter pilot

People who don’t take Mikie Sherrill seriously may need to think twice. She graduated from the United States Naval Academy in 1994 and spent nearly a decade after that on active duty as a Sea King Helicopter pilot, flying missions in both Europe and the Middle East, according to her official site.

After she left the Navy as a Lieutenant in 2003, Sherrill picked up an M.S. in Global History from the London School of Economics. She then proceeded to Georgetown University Law School to work on her law degree, which she earned in 2007. She worked as a private lawyer for several years, before going on to work as an Assistant U.S. Attorney , first as an Outreach and Reentry Coordinator helping to build trust between the police and the communities they work in. She has also helped those who were once in prison get jobs and restart their lives (via Vote Smart).

Mikie Sherrill knows the pain of parenting during the pandemic

Impressive career aside, Sherrill, who is married to a fellow Naval Academy alum, is also a mother to four children. The coronavirus pandemic, which has closed so many schools, has also left working parents like Sherrill in a bind. “I feel it’s so important to advocate for working parents right now. I know, firsthand, in a way many people don’t understand, how hard it is to have children at home who you’re trying to home-school and get your work done,” she said (via ROI-NJ).

She is also a big believer in empowering more women to become leaders in government. “I think having more women in Congress will make people get comfortable with different styles of leadership. It’s critically important for young women to have role models who are bringing a new view … There are so many ways that having women leaders is critically important. I always joke that, if you’ve ever been a mom, then you know how to build consensus — because you’re constantly coming to compromises over who gets to eat the last cookie,” she said.