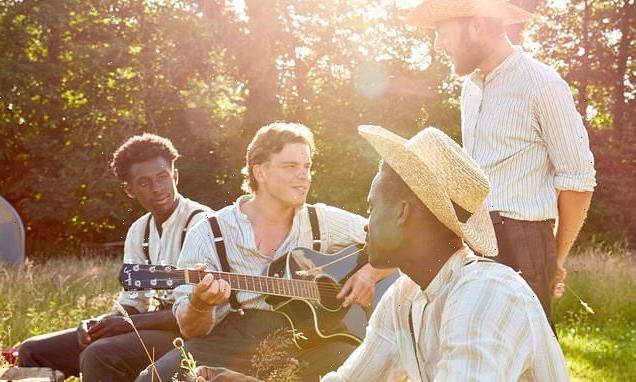 Logging off from modern life for an Amish TV experiment: Rapper, ex-soldier and gay fathers are among 24 Brits who are spending six months on a farm with NO technology or electricity in Channel 4’s The Simple Life

For many it would be challenging to go even 24 hours without a smartphone or any other form of technology including mains electricity and gas. But six months?

That’s the prospect facing 24 Britons heading for Ohio in the US to live with an Amish family of five on a 40-acre farm who come together to live by the rules of the very community who chose to disregard the majority of modern values.

The group – including a social media content creator, a rapper, a former soldier, and a gay couple with two adopted children – will work the farm without the aid of machinery.

They will be monitored by psychologist Barry Schwartz and a team of scientists for a six-part Channel 4 series called The Simple Life which will air early next year and will also record their return to normal life after six months. 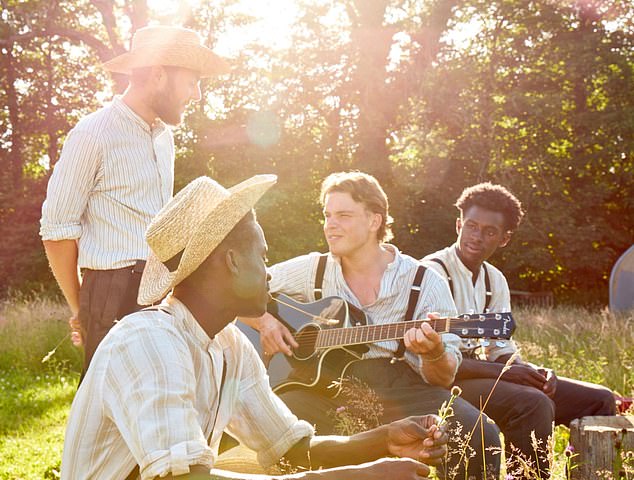 The group – including a social media content creator, a rapper, a former soldier, and a gay couple with two adopted children – will work the farm without the aid of machinery (pictured)

While the farm is complete with a lake and a wood, the participants will also be expected to take trips to the local town by horse and cart.

There, they will pick up supplies and trade or sell results of the cottage industries they have started.

They will face having to raise a barn and build a pig ark for the impending arrival of their livestock in addition to harvesting over three acres of hay – all in the traditional Amish way.

The documentary aims to explore whether modern life is bad for us.

Will there be a positive impact on the mental and physical health of those taking part or is there a desperate need to get back to their consumerist packed lifestyles?

The Amish are a traditionalist Christian group who eschew the trappings of modern life, placing importance on self-sufficiency and community.

Gilly Greenslade, of Channel 4, said she hopes the show will help the volunteers to ‘re-evaluate what matters in life’.

Stephen Day, Executive Producer added: ‘This is an extraordinary chance to cast aside technology, social media, credit cards, fashion, news – almost everything that defies modern life – and to see what that does to us and how that makes us feel.’