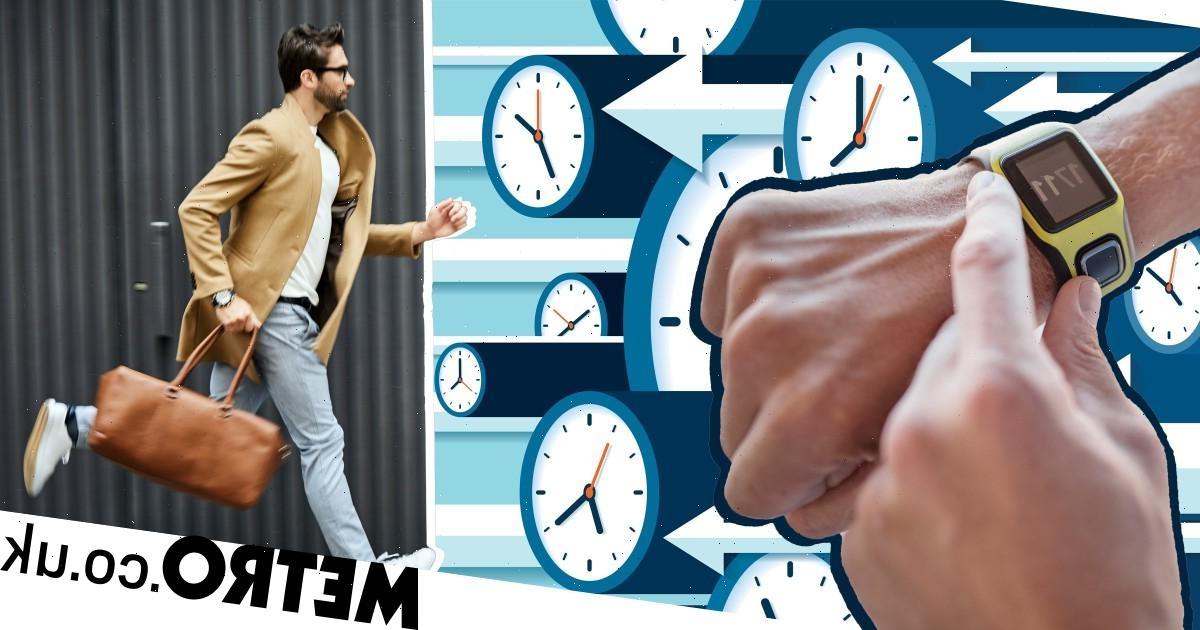 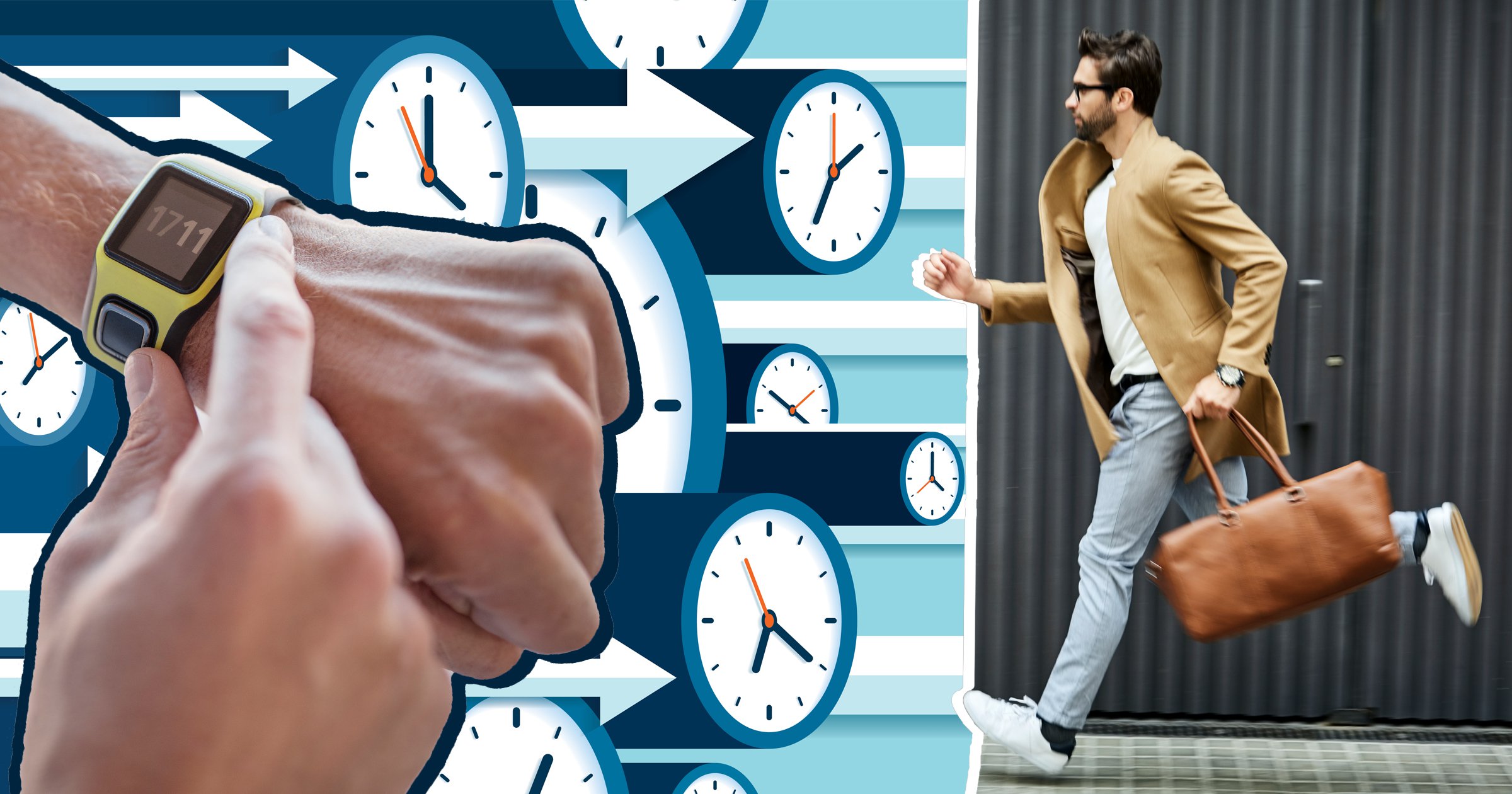 We’ve all got those friends who are never on time.

The ones who just don’t see the big deal with arriving an hour after you agreed to meet; those who you make sure to tell your dinner booking is 45 minutes earlier than it really is; the persistent latecomers who embody the meme of the dog wrapped up in a towel, fresh out of the shower, captioned, ‘I’ll be there in five minutes’ (oh hi, it’s me).

Being late is generally thought of as a negative quality. It’s something that’s frowned upon by workplaces, tends to annoy punctual friends, and can cause friction in relationships.

There’s an understandable perception that someone who is always late is lacking in manners, or values their time more than other people’s.

However – this isn’t always the case.

‘I think for the most part, people aren’t genuinely uncaring about others’ feelings, or deliberately trying to annoy,’ says Somia Zaman, a psychotherapist specialising in cognitive behavioural therapy and EMDR.

There are a lot of different factors to consider – and research has found that different types of personalities tend to be less punctual than others.

‘Some people are just natural born optimists who genuinely believe they can manage everything in their hectic schedules – we can call them the over-schedulers,’ explains Somia.

‘But their tendency to pack too much into each day means they are always going to be running late for something.

‘And if these optimists are also gregarious, chatty types, then their meetings, appointments, coffees, lunches etc are even more likely to over-run, guaranteeing they will be late for their next commitment.’

However, in some cases, these people are not happy over-schedulers, looking forward to a busy day full of exciting meetings and events.

‘Some over-schedulers are people who have trouble saying no, fearing they may offend someone, or miss out on an important opportunity (FOMO). In this case, their unrealistic plans for the day are a reflection of their worries rather than their excitement.’

Another personality that is likely to be late can be called the ‘self fulfilling prophecy’ type.

‘These latecomers have incorporated lateness into their personal brand and no longer feel the need to even try to be on time, as no one expects that they will be, least of all themselves,’ Somia says.

Then you’ve got the procrastinators. This bunch tend to find themselves preoccupied with doing something else – ‘ooh I’ll just empty the dishwasher and send this email’ –  at exactly the time they should be leaving to meet you.

‘With this group, there may be some element of executive dysfunction,’ Somia adds. ‘But they might also be struggling with some level of anxiety, which makes the transition of leaving one place for another difficult for them’.

Geraldine Joaquim, psychotherapist at Mind Your Business, explains that we all respond to ‘inner’ and ‘outer’ expectations differently. This way of responding is not a conscious choice, it’s a tendency towards a particular behaviour or characteristic.

‘It’s not rudeness, it’s not a conscious thought process – often they try their best to be on time – but it doesn’t always work,’ she says.

‘And don’t think they love being late either, it doesn’t sit well and the whole drive to wherever they’re going will be full of thoughts of “it only I’d left earlier, why’s the traffic so bad, should I ring ahead now or wait and see if I’ll just about make it…”’

It stems back to childhood

Alongside that inherent tendency may also be learned behaviour, and how we were brought up – surprise, surprise, it’s our parents’ fault again.

As with lots of things, this can go either way – either by emulating our parents, or doing entirely the opposite.

‘Punctual people often share formative experiences of busy working parents, driven by a full timetable, always in motion – so for a child to be ready on time shows love and respect,’ says Carmel Moore, time management expert and director of The One Moment Company.

‘The opposite can also be true; the embarrassment of a parent always being late for school drop off and pickup can lead to a working life of obsessive punctuality, one in which any team member who is late can be regarded as an under-performer.’

She adds: ‘There can be a religious or cultural dimension where time-keeping is underpinned by prayer or worship or ritual meals.

‘And on the other hand there are cultures where punctuality is less a matter of “clock time” and more a matter of when the time is right to get the party started.’

Reoccurring lateness can also be linked to how an individual is feeling, with regards to their mental health. Clearly, this can have a huge impact on all aspects of our lives, and our tendency to be late or early is no different.

‘If an individual is stressed or overwhelmed,’ says Lucie Ironman, Psychological Wellbeing Facilitator at Vita Health Group, ‘they may feel the task ahead of them is mountainous and too difficult to climb.

‘This feeling of overwhelm can lead to avoidance, and this avoidance can, in turn, cause more stress.

‘Once someone’s fight or flight response is activated, they may find it difficult to concentrate on a particular task, consequently resulting in that person being late.’

If an individual is experiencing challenges with their mental health, this can lead to changes in motivation and energy – which clearly will impact our daily behaviours.

‘This mix of emotions can impact an individual’s ability to manage time,’ Lucy says. ‘Tasks that at one time felt like second nature, for example waking up early to catch a bus, or, preparing lunch for the next day, may now feel too difficult for that person to complete.’

Another thing to consider is that our brains don’t all work in the same way.

‘Poor time keeping skills are recognised as part of the ‘executive dysfunction’ that can accompany neurodiversity, along with losing stuff and struggling to organise your things.’

So, it’s best not to jump to negative conclusions if you have a latecomer in your life.

There’s not necessarily a ‘right’ or ‘wrong’

Sure, if you’re late for every single appointment or social engagement with zero apology, or zero regard for anyone else’s time, that’s not great.

But on the flip side, maybe your late-running friends find your punctuality annoying (Is there anything worse than inviting people for dinner at 7pm and they turn up before 7.30?).

‘Punctuality is a narrow parameter; it means being governed by one rule only; the rule of clock time,’ says Carmel.

‘For the pathologically punctual, those who are late deserve not just a mild rebuke on their inadvertence, but excoriating judgement on their character and lack of care for others.

‘For the pathologically late; the punctual are a tribe of fretters and watch-checkers who sweat the small stuff and don’t value what’s important.’

So – my fellow latecomers will be happy to hear – there’s no ‘right’ or ‘wrong’ way to be.

It can be frustrating if you have a partner, friend, family member or colleague who is always late. But try to remember that reasons for lateness are complex.

‘Some people may believe that lateness is a sign of arrogance or lack of consideration for them. In fact, the opposite is often true,’ explains Lucy.

‘An individual’s lateness could be a result of that person not valuing themselves enough and they may not be able to see how others would be impacted by their no-show.

‘Don’t assume that person is doing it on purpose or does not value your time,’ she adds. ‘There is often more going on, deeper than the eye can see.

‘Acknowledging that someone else’s lateness is not personal can help you manage your stress levels.

‘Plus, facing the situation with compassion rather than anger may help the latecomer feel more relaxed.’

In terms of how to deal with this Dr Tara Quinn-Cirillo, HCPC Registered Practitioner Psychologist, recommends the following: ‘You could gently raise the subject in terms of offering support, allowing them a chance to say if they have taken on too much or are overwhelmed.

‘They may be unaware of possible deficits in their ability to time keep and genuinely mean to be on time but struggle.’