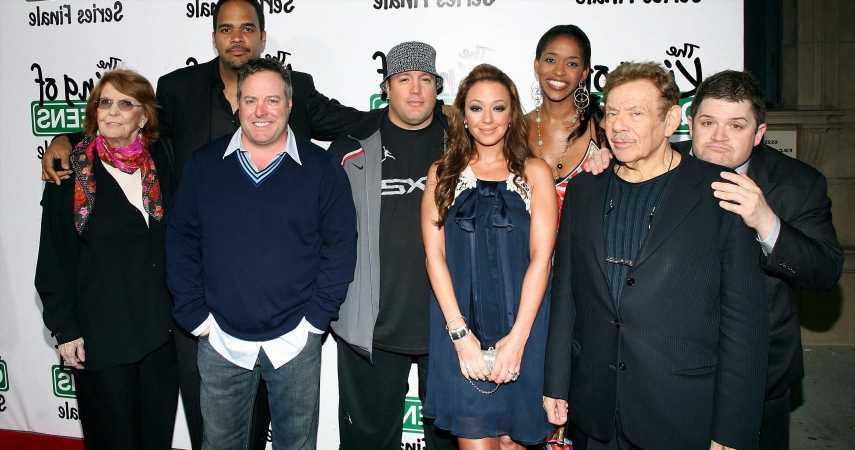 There is no doubt that The King of Queens can be considered as one of the iconic television staples. The show premiered in 1998 and had nine seasons until it ended in 2007 with 207 episodes. The show starred Kevin James and actress hailed from Brooklyn Leah Remini as a married couple Doug and Carrie Hefferman.

The show mainly showcased the married life of the Hefferman couple while sharing some antics with the cast. It’s been a decade since the show wrapped up and let’s take a look at the riches of the cast members and what they’ve been up to since the show’s finale.

Victor Williams is best known for his role as the best friend of Kevin James’ character on the show Doug Heffernan and he played as Deacon Palmer on the show. Williams has been active in the entertainment industry since 1984. As soon as he graduated from the New York University’s Graduate Acting Program at the Tisch School of the Arts with a Masterals on Fine Arts, he already started working in the industry.

He became well known through the show and even won an award for Outstanding Supporting Actor in a Comedy from Image Award in 2007. He’s still active in TV and recently appeared on FBI: Most Wanted, A Luv Tale: The Series and The Righteous Gemstones.

Gary Valentine rose to prominence after he performed at the Montreal Comedy Festival. He began performing at various stand up comedy bars in New York and decided to relocate to Los Angeles for better opportunities.

He is the older brother of Kevin James in real life and played asDoug Heffernan’s cousin on the show named Danny Heffernan. Valentine is still active in the industry and recently appeared on TV series Fargo as Deputy Knudsen and Kevin Can Wait as one of the main character Kyle Gable.

Merrin Dungey played as the wife of Victor Williams on the show. She’s the wife of Deacon Palmer named Kelly Palmer. Dungey had a pretty early start on the industry since she started performing at the young age of 4 years old. She first debut on the small screen portraying a small role on the series Martin in 1995. She only appeared on a single episode on the show as Monique.

The actress has since starred in several films and series after the show wrapped up. Merrin Dungey recently starred in Bad Vibes as Melinda, American Horror Stories as Dr. Andi Grant, Lucifer as Officer Sonja Harris and Bob’s Burgers as Judith. She’s currently part of the main cast of the series Shining Vale as Kam.

Nicole Sullivan grew up in the world of entertainment as she started doing theatre performances in New York City at an early age. She debuted on the small screen when she starred in a single episode of the series Herman’s Head in 1991. She finally rose to prominence after she joined the cast of MADtv in 1995.

Nicole Sullivan played as the cheerful Holly Shumpert, dog-walker hired by Doug and Carrie to look after Arthur. Nicole Sullivan is still active in the entertainment industry and has recently starred in the TV series HouseBroken as Little Cookie, The Neighborhood as Alexis and Murderville as Rebecca Hendricks.

Stand up comedian Patton Oswalt started in the industry as a writer behind the scenes. He initially started doing stand-up comedy in the 80s and transitioned into becoming a writer on numerous comedy shows. Oswalt became a writer on the popular TV show MADtv and even had a special comedy show on HBO in 1996.

Oswalt finally debuted on the small screen through Seinfeld in one of the episode as a Video Store Clerk in 1994. He played the nerdy and paranoid character on The King of Queens named Spence Olchin. He’s pretty active on TV as he starred in multiple series in 2022 alone including Space Force as Captain Lancaster, Star Trek: Picard as Spot 73, Gaslit as Charles Colson, The Boys as himself, Big City Greens as Mr. Fluffenfold, The Sandman as Matthew the Raven, Inside Job as TSA Guy and Storybots: Answer Time as Mr. Super Snowy Icy Cone Guy.

Jerry Stiller played the role of Carrie’s father Arthur Spooner. He’s the father of actor Ben Stiller in real life. The legendary comedian has starred in two of the most iconic shows on TV, Seinfeld and The King Of Queens.The actor still starred in numerous films and series after The King Of Queens wrapped up. Although due to old age, he slowed down and last starred on TV in 2016. His last two shows were How Murray Saved Christmas as Murray Weiner in 2014 and Zoolander: Super Model as Maury Ballstein in 2016. The actor sadly passed away on May 11, 2020 at the age of 92.

Leah Remini played the role of the main character on the show, Carrie Hefferman. She had her small screen debut in 1988 in one of the episode of the series series Head Of The Class. She rose to prominence after starring on the show Who’s the Boss as Charlie Briscoe. After the show wrapped up, she starred on the spin-off series titled Living Dolls where she got to work with Catwoman star Halle Berry.

After the show ended, Remini remained active on TV and recently dived into reality TV. Her latest gigs were The Masked Singer as a guest panelist in 2020, as a host of the ongoing show People Puzzler and as a judge on the show So You Think You Can Dance.

Kevin James played as the husband of Carrie Hefferman, Doug Heffernan. The actor initially started as a stand-up comedian in the 80s and worked his way up to become a star of his own show. Aside from his salary as an actor, he made millions on The King of Queens as an executive producer. James reportedly made about $50 earnings from the syndication deals of the show.

After The King of Queens ended, he’s only starred in three series on TV such as Liv and Maddie as Mr. Clodfelter, Kevin Can Wait as Kevin Gable and The Crew as Kevin Gibson.

READ NEXT: The Unsuspecting $100 Million Net Worth Of Kevin James