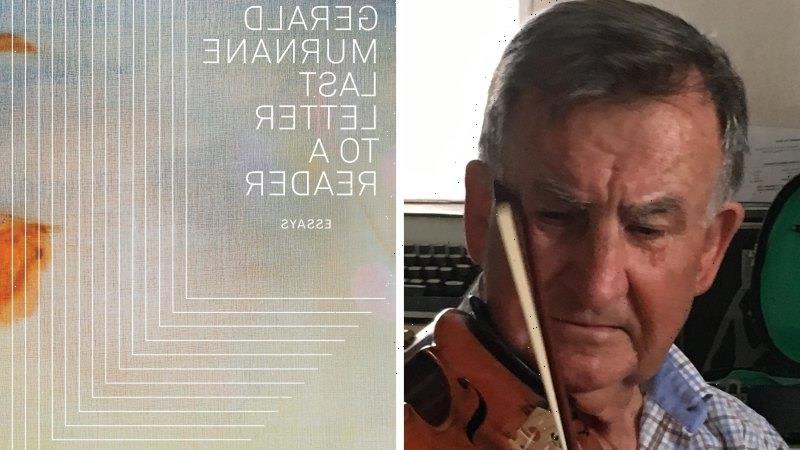 The guiding question of Gerald Murnane’s work might be summarised in a line from his fourth – and perhaps greatest – novel, Inland: “there is another world but it is within this one.” 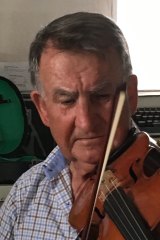 Gerald Murnane finishes Last Letter to a Reader with a melody he composed for the violin.Credit:Jason Steger

Inland gives us perhaps one of the most affecting iterations of this idea, as the narrator recalls, at the end of the novel, how: “When I wrote the letter which was the first of all my pages, I was thinking of a young woman who was, I thought, dead while I was still alive. I thought the young woman was dead while I remained alive in order to go on writing what she could never read.

We are told early on in Last Letter to a Reader – purportedly Murnane’s final correspondence – that the book consists of an attempt by Murnane-the-writer to remain alive, so that the reader might “go on reading what I could never write”. This project, he reflects, is “likely to provide a neat rounding-off to my career as a published writer”.

The question of how to neatly round things off is a recurring one in literature, where age often outlasts both talent and passion. We imagine that things can last forever, but for artists, who are always writing against time and the prospect of loss – of body, of mind, and finally, of the audience who might read them – this aspiration has never been persuasive.

Last Letter to a Reader, then, feels like a bulwark and a final word before the inevitable regrets of l’esprit de l’escalier. A summa of Murnane’s corpus, if you like – although a term such as corpus, with all its physicality, doesn’t exactly correspond to Murnane’s work, which is invested in the more-than-bodily: in ideals, personages, interweaved connections, and a kind of transcendence.

The book’s title recalls Murnane’s Last Letter to a Niece, a story in which, as its blurb states, “a writer searches for […] an ideal reader”. This ideal reader has, in Murnane’s work, often figured as female. The yearning relationship that exists toward women or “women-personages” (fictional or ideal women), as felt by Murnane’s various narrators, protagonists, and the author-figure himself, are the driving force of some of the most resonant passages in his fiction.

Yet idealising women can be difficult to distinguish from objectification. In Last Letter to a Reader, Murnane complains that an early reviewer of Landscape with Landscape – who reportedly called it “a feminist reader’s nightmare” – apparently left him “astonished”: “I could only suppose that her feminist convictions must have prevented her from recognising what seems to me obvious: the narrators of all six pieces in Landscape with Landscape […] are awed by women, baffled by them, and in various degrees afraid of them.”

Well, move aside, Ryan Gosling, there’s a new male feminist in town … Further remarks concerning Emerald Blue do not render the ditch Murnane is content to dig any shallower: “During my long lifetime, I’ve fallen in love with several hundred female personages and persons. The personages, of course, could never be expected even to be aware of my existence. Many of the persons were likewise unaware [and] I drew close to only two or three, depending on one’s definition of closeness.” 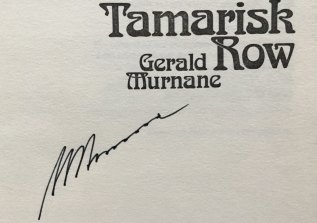 Gerald Murnane’s first book, Tamarisk Road, came in for some harsh words from an ‘Irish reviewer’.

It would be churlish to deny the pleasure of the Murnanian sentence; Murnane himself praises them as much as anyone – a portion of this volume is filled with the author reflecting, mostly approvingly, on the experience, of an evening, of settling down to enjoy a quiet night in with Murnane.

Does he have influences of his own? There is a wonderful 1990 interview with Murnane, published in Going Down Swinging, during which Murnane tells Kevin Brophy and Myron Lysenko, that “the thought of what Proust did is one of my greatest inspirations, though I don’t think I write under his influence”. This seems true: Proust is an obvious, enduring touchstone, yet Murnane is an eccentric, mostly sui generis author. He is rightly sceptical of attempts to discover what, in fiction, might be called “deeper meaning”. His writerly instinct, however, is generally convincing: one that views fiction as a process of cumulative intuitive leaps rather than premeditated design.

Maybe for this reason, when it came to the score-settling canvassed in Last Letter to a Reader, I was as happy to hypothesise as to attempt to confirm the identity of Murnane’s various bêtes noires: the Proust appraiser at an early 2000s Melbourne Writers Festival whom Murnane dismisses as a hack-wunderkind, I’m fairly certain was Alain de Botton; the “Irish reviewer” who reserved harsh words for his debut, Tamarisk Row, perhaps may have been Dinny O’Hearn; and the feminist with an AusLit doctorate who had it in for his debut could well have been Helen Daniel, writing for The Age in 1985.

Today, I feel able to commune with Murnane for the moment – or at least, with one of his personages. So that when I arrive, on the final page of Last Letter to a Reader, at a piece of music inspired by The Boy’s Name Was David – a story that engages with the writer’s search for “an ideal sentence” – I hear the music’s melody as if it were coming from the next room. Or as if, as Murnane writes, it is meant “to resolve my own tension or, perhaps, to celebrate that tension itself”; and in fact I hear it as resolving my own. It is composed for violin, and contains a lyric that, in translation, ends: “Help me, dear one, to endure patiently my going back to my own sort of heaven.”

I play the melody on piano. It is lilting and beautiful. “What finds its way onto the page is always unexpected,” Murnane writes – and what finds its way into music, too, is often unexpected, even after the false starts and roundabout attempts, after the fantasy and impressions have evaporated, or resolved into something only roughly correspondent: perhaps something true, perhaps something notable, perhaps a heaven of our own.

A weekly read for book lovers from Jason Steger. Sign up now.