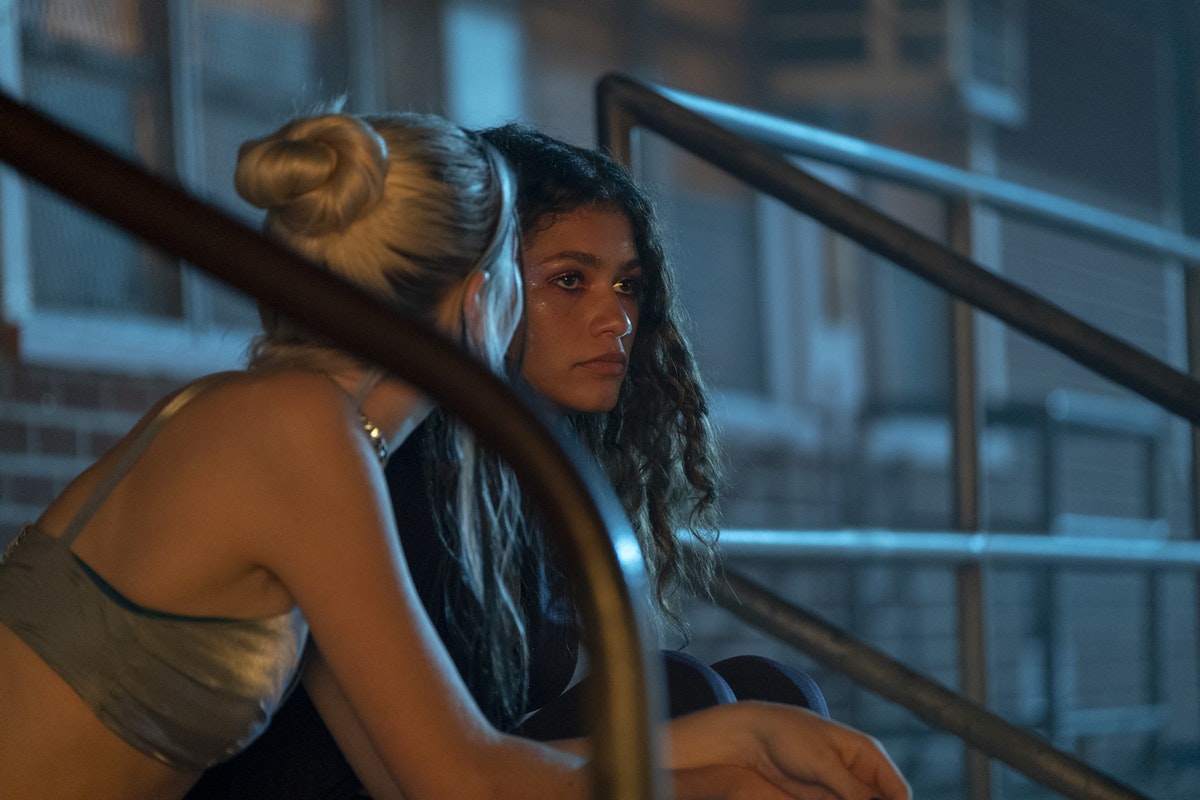 While Levinson admitted that he was enjoying reading all of fans’ reactions and theories about the finale, the creator finally put that particular idea to rest. "Rue’s not dead, if that’s the question," he told THR. "I thought it was interesting when I read a piece [about that theory] and loved the piece but I think Rue has a big journey ahead of her, and a tough one." Later, he emphasized that Rue will still be in Season 2 of Euphoria, saying, "Rue is not dead. That I can say for certain."

In the final episode of Season 1, Rue (Zendaya) proposed that she and Jules (Hunter Schaefer) should run away together, but once they arrived at the train station, she was unable to follow through with her impulsive plan, and let Jules leave town. Distraught, she returned home and relapsed after three months of sobriety, and the show then wrapped up with a musical number that saw Rue singing with a gospel choir and a marching band. At the end of the number, she climbed to the top of a pile of bodies and seems to fall off the edge, which seemed to support the fan theory that Rue is dead, and narrating the series from beyond the grave.

Levinson also told the outlet that Rue’s journey and battle with addiction is something that is important to both him and the show, and something he plans to keep exploring in Season 2. "It’s not something I want to cut short because of who Rue means to me as someone who has battled with addiction and come out the other side," he explained, "and because I think that there’s a lot more to delve into and unpack in terms of the effects of addiction on Rue and on her family and those around her. The possibilities are endless in many ways."

In fact, it was that desire to explore the "effects of addiction" with Rue that inspired Levinson’s decision to end the season with a musical number. "I knew where Rue was headed and I knew what was going to happen," Levinson said, "but it felt like in some ways seeing her relapse felt dark to me in a way that doesn’t fully encapsulate the cycle and the madness of addiction — how you’re thrown back into it and thrown out of it and it’s dizzying and at times beautiful but also really f*cking terrifying."

He continued, "I think the idea is in the back and forth of Rue getting shoved towards this mountain of bodies and the metaphor of that, and what it means to be an addict and also the people that we’ve lost to addiction and being pulled up that mountain. It came together in a way that was more emotional than I ever anticipated."

While there are plenty of moments in the show that seemed as if they might be hinting at Rue’s death, Levinson’s comments suggest that he has always intended to keep Rue and her struggles with substance use disorder at the heart of Euphoria. And based on the Season 1 finale, it seems as if there will be plenty more interesting, unexpected and moving ways for Euphoria to continue to tell that story.

If you or someone you know is seeking help for substance use, call the SAMHSA National Helpline at 1-800-662-HELP(4357).