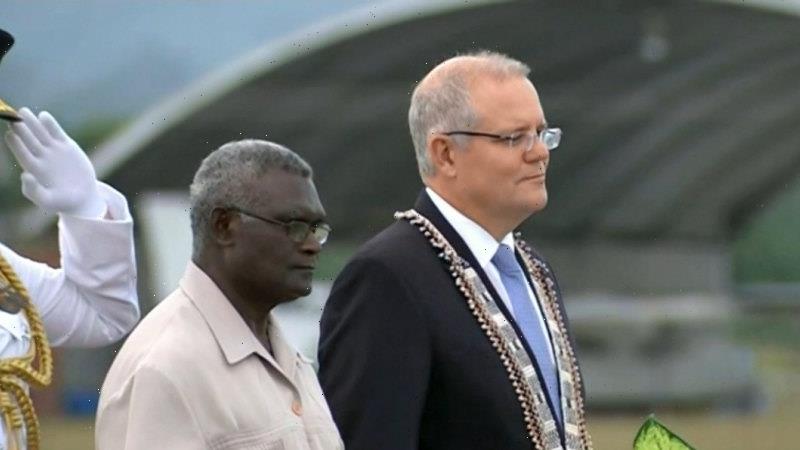 Labor’s Penny Wong was correct when she accused the government of the “worst failure of Australian foreign policy in the Pacific” in almost 80 years, after the Solomon Islands signed a security pact with China.

An agreement that could pave the way for Beijing to establish a military presence in a country less than 2,000 kilometres from Cairns is a national security failure on Scott Morrison’s watch. 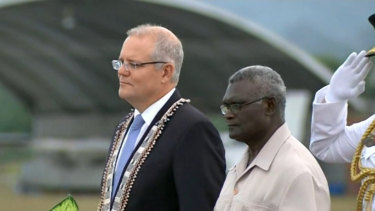 A lot of criticism has been levelled at Morrison and Foreign Minister Marise Payne for their apparent inaction. Wong on Wednesday criticised the government for sending Minister for the Pacific, Zed Seselja, who she labelled a “junior woodchuck”, to the country last week.

Morrison hit back at the criticism, saying sending a high-profile minister such as Payne would not have been appropriate and that “we were very aware of where that agreement was up to”.

If we read between the lines, Australia in recent weeks knew the security deal was going to be signed no matter what, and did not want to again look like it had failed despite efforts by Payne or even Morrison.

It was only last November when Australia helped keep Solomons Prime Minister Manasseh Sogavare in power by sending ADF personnel to quell demonstrations and violent riots. That followed 15 years of a Defence presence on the ground to help restore law and order and good governance during the RAMSI mission.

Some Australian officials are now asking themselves whether they should have bothered to prop up a corrupt government which has long disliked Canberra and had at the same time been cosying up to Beijing.

The Solomons’ decision to sign a pact with China is a failure of Australian soft power that goes back years, starting with Tony Abbott’s cynical and disastrous decision to rip billions of dollars out of foreign aid in 2014.

As Australia stepped back, Beijing went on an infrastructure blitz throughout the Pacific.

By the time Canberra realised the national security failure on our doorstep in around 2017, it was a case of too little, too late.

The multi-billion-dollar Pacific “Step Up”, which includes the $2 billion Australian Infrastructure Financing Facility for the Pacific (AIFFP), has shown dividends. Australia is providing a genuine alternative to funding large infrastructure projects in the region without saddling countries with debt.

But just as we were stepping back up in 2019, both the Solomon Islands and Kiribati switched their allegiance from Taiwan to Beijing.

Australia’s total diplomatic and development contribution is still significantly lower than similar countries. It sits at about 1.3 per cent of the federal budget, well behind comparable countries such as Canada (1.9 per cent) and the Netherlands (4.3 per cent).

The federal government spends 10 times more on defence than it does on foreign aid, compared to a defence-to-aid spending ratio of five-to-one in 2013-14.

Morrison deserves credit for his genuine engagement with the Pacific and his government’s commitments under the Step Up program, which includes a multi-billion-dollar undersea cable for the Solomon Islands.

On the immediate effect at the pact the government was also all over the shop. At a press conference on Wednesday Morrison said it was a “false claim” to suggest the deal would result in a Chinese base being built in the Solomons.

But Deputy Prime Minister Barnaby Joyce said just the opposite: “They’ve decided to have a pact with China – dual purpose – which means China is able, if they follow this through, to set up a military base there….That’s a very bad day for Australia. We don’t want our own little Cuba off our coast.”

But we do need to be careful not to extrapolate too much from the security deal when assessing the rest of the region.

Nearly all Pacific island nations are just as alarmed as Australia over the news.

Morrison on Wednesday suggested other Pacific island nations were facing the same level of coercion from China but had not wielded.

Let’s hope Morrison is right, and the Solomons is an outlier.