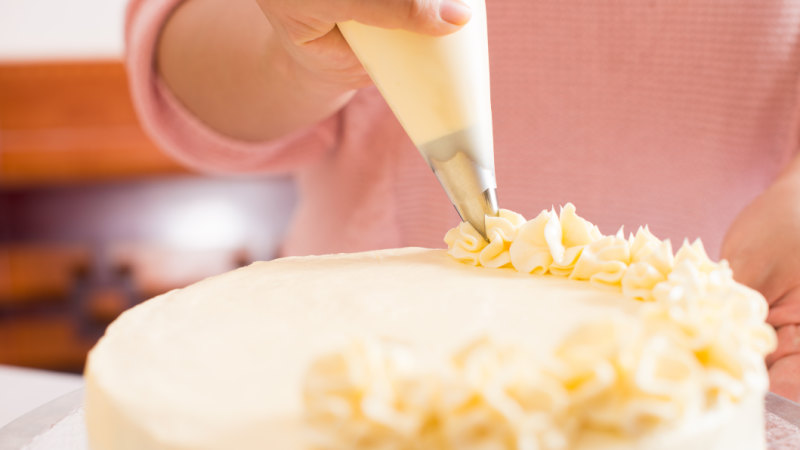 My son, Rafi and I are walking hand-in-hand down the corridor when a man begins galloping toward us. He wears faded pyjamas, women’s slippers on his feet and is flapping his arms as if they’re wings. Adopting a confident sing-song voice, I tell Rafi – but without actually telling him – that everything is fine.

As it turns out, my concern is entirely unnecessary. “Are you alright, mummy?” he asks, looking up at me with interest. “It’s okay. These people aren’t scary. They’re just old”. His tone is matter-of-fact and as per usual, I have underestimated the wisdom of my four-year-old. 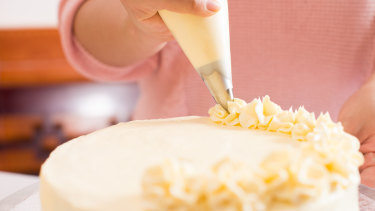 ‘Online I discovered blogs where bakers of my generation cook directly from the recipe books of forebears.’Credit:Shutterstock

Rafi knows his great-grandmother’s high-care facility as well as he knows the local park. My mother-in-law takes him along regularly so he can play with the piano, feed the fish and punch in the entry and exit codes over and over again to open the automatically locking doors. Sure, he’s cute but his relative freedom must drive the more cognisant residents to despair.

When I first met Girda, the woman who has since become my grandmother-in-law, she thought I was a friend of hers from girlhood in West Germany. The second time we met, she asked who I was and what I was doing there. Sometimes she asks me to fetch things or when dinner will be served, assuming I’m a member of staff.

Today, on her 90th birthday, Girda smiles politely as I busy myself with pouring champagne and entertaining my son. It’s an expression of interest but not recognition. Girda will never know me as a member of her family and in truth, I’ll never know her. Or at least, I’ll never know the real her.

My mother-in-law tell stories of the person Girda used to be. A pioneering woman who enthusiastically made Australia home, while maintaining her German traditions. Girda was relentlessly independent; driving herself everywhere, raising two children, and making all her own clothes. As a teacher she gifted the language of her home country to countless Aussie kids.

Girda was also one hell of a cook. Like most grandchildren of accomplished bakers, my husband and his brothers talk with a salivating vividness about Girda’s cakes, strudels and biscuits. Using cookbooks brought with her from Germany and the methods of her childhood, Girda would gift sweet perfection to the children of her children when they visited. Before ticking them off for a lack of manners or dirty hands, of course.

In honour of Girda’s birthday, I decided to make a cake. Thumbing through the pages of my favourites – Ottolenghi and Goh’s Sweet and Nigella Lawson’s How to be a Domestic Goddess – I was left wanting. The options were too modern. The middle eastern, Spanish and Italian flavours which I personally love, simply weren’t suited to this occasion.

The internet came to my rescue. Online I discovered blogs where bakers of my generation cook directly from the recipe books of forebears. One American woman had translated dozens of her German grandmother’s favourites, including the hand-written directions that had been inscribed lightly in pencil fifty years prior. “Sift flour and cocoa mixture four times. Only lazy people sift once,” read one such instruction.

Concerned about the degree of difficulty and my high propensity for kitchen fails, I made two cakes. One, a rich chocolate bundt that was whipped within an inch of its life and topped with creamy icing containing pecans and coconut. The other was an eight-layer honey cake, constructed over four days. It had distinct Russian influences, reflective of the East German occupation after World War II.

My baking became an exercise in both history and connection. The cakes were horribly complex and the instructions hard to follow. My stress levels grew as high and hot at the over temperature. I desperately wanted to get this right. But as I kneaded and rolled, whipped and sieved (multiple times), I felt closer than ever before to a heritage that is not my own. A heritage that is very much a part of my husband and son.

I reflected on the long tradition of women who had done exactly this before me (although admittedly without the aid of a kitchen aid and fan-forced oven). Women, starting most recently with my mother and grandmother-in law, stretching back for dozens of generations prior. Women who loved their families dearly and showed it through their cooking. A group of whom I was now part.

The assembled family chatted and sang boisterously as my cakes were cut in a conference room at the nursing home. My son adopted the festive helium balloons as his own and ran around in circles with the streamers flowing behind him. Girda looked bemused by the whole situation, as she sat silently watching. It dawned on me that she was a spectator to her own celebration. No longer able to participate fully.

Later in the afternoon I was looking through an album of photographs over Girda’s shoulder, when she took another bite of cake. She chewed slowly and deliberately before mumbling to herself “I think I have had this cake before”. There was no praise or exclamation of deliciousness – but it wasn’t necessary. That brief moment of memory was worth every damn additional minute of sifting and each complicated layer of those impossible cakes.