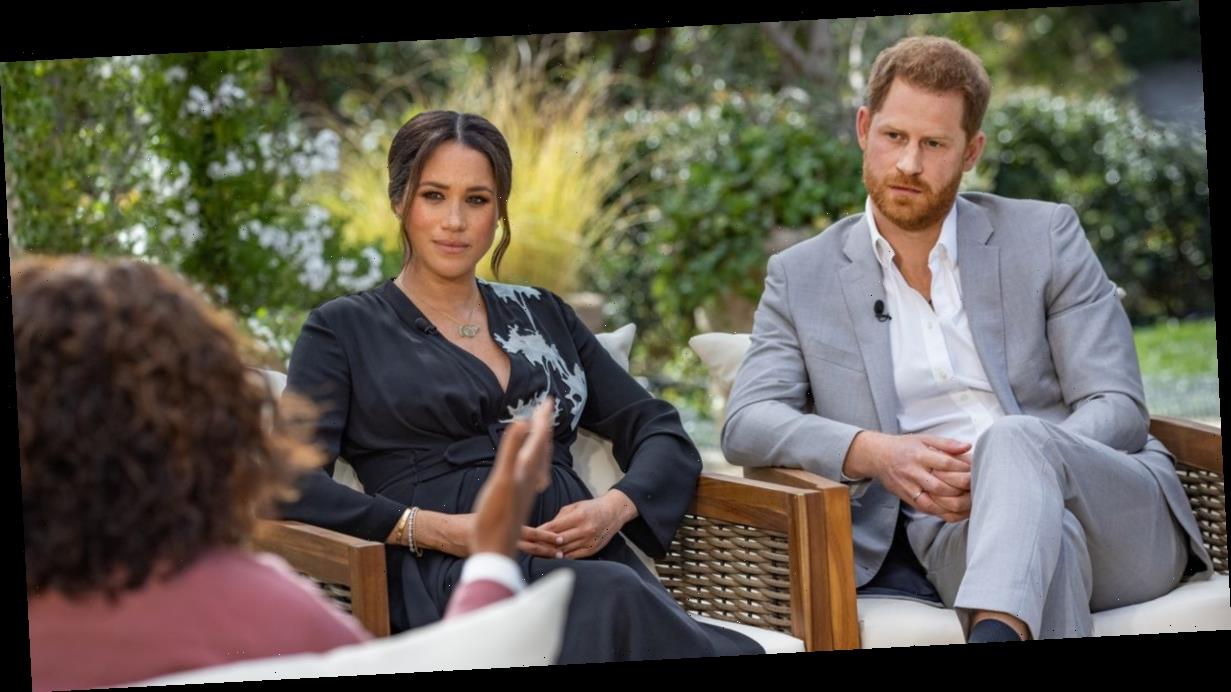 Meghan Markle has revealed that she had suicidal thoughts when she was five months pregnant because of the stress surrounding royal life.

The Duchess of Sussex, 39, sat down for a tell-all interview with Oprah Winfrey alongside her husband Prince Harry, 36, in the CBS broadcast which aired at 1am UK time.

The couple, who also revealed that they are expecting a baby girl in the summer, claimed Archie was denied a title of prince because of "concerns" over how "dark" his skin would be.

Meghan claimed that the Duchess of Cambridge made her cry before her wedding to Prince Harry in May 2018.

Asked about a falling out over the flower girl dresses, Meghan denied making Kate cry but described how the opposite happened.

However Meghan said Kate sent her flowers to apologise and ‘owned it’ in what was a “really hard week of the wedding”. Meghan claimed she had suicidal thoughts

The Duchess of Sussex described in the interview how she considered ending her life.

As she broke down in tears, Meghan told Oprah: "I just didn't see a solution. I didn't want to be alive anymore."

She added she "couldn't be left alone" during her pregnancy with first child Archie, saying it was "a real and frightening and constant thought" but her husband Harry "cradled" her.

Archie having a title

Meghan claimed that there were “concerns and conversations” regarding “how dark” Archie’s skin would be before he was born because she is mixed-race.

The Duchess of Sussex claimed that she and Harry were told Archie would not receive security because he is “not going to be a prince”.

Watch the full interview on ITV at 9pm on Monday night and on ITV Hub, Courtesy of Harpo Productions/CBS.

If you have been affected by this story, you can call the Samaritans on 116 123 or visit www.samaritans.org.