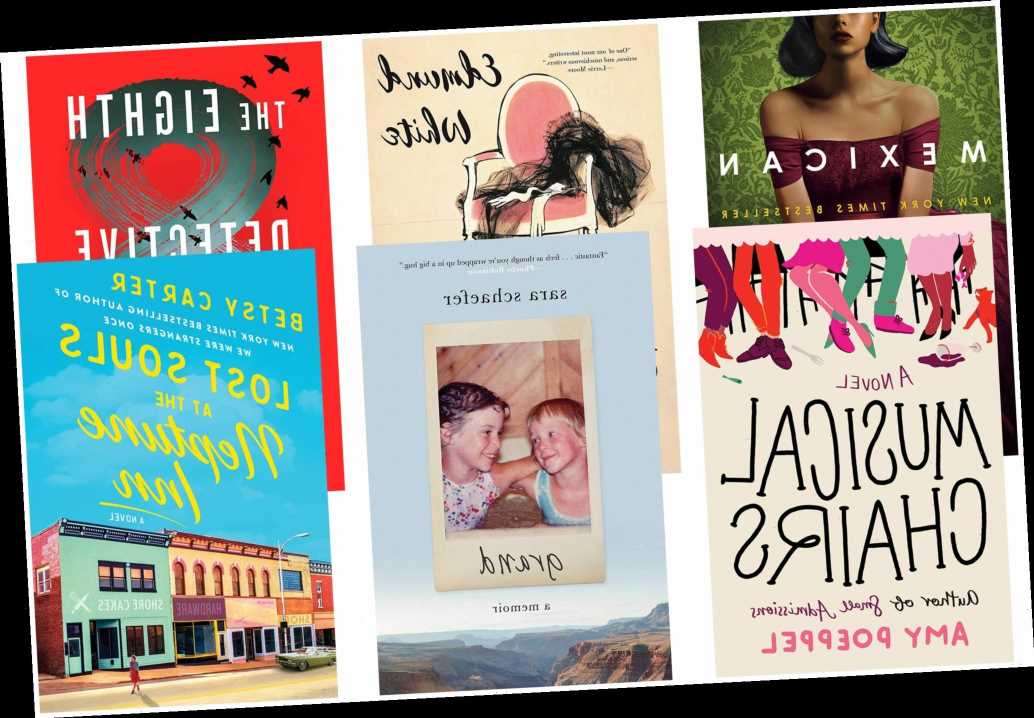 Mexican Gothic
Silvia Moreno-Garcia (fiction, Del Rey)
Noemí Taboada is enjoying life in Mexico City until, one day, a troubling letter from her newlywed cousin summons her to High Place, the house in the Mexican countryside where her cousin now lives. When Noemi arrives, she is alarmed — by her cousin’s health, by the dreary inhabitants of the house, and just about everything else. Think “Rebecca,” set in 1950s Mexico in a creepy house where the walls just might talk.

A Saint From Texas
Edmund White (fiction, Bloomsbury)
In this stylish, witty novel from the esteemed author, the Crawford twins take very different turns from their East Texas upbringing: One becomes a Parisian socialite, the other a Catholic saint.

The Eighth Detective
Alex Pavesi (fiction, Henry Holt & Co.)
Grant McAllister wrote 7 detective stories. That was then. These days, he’s living on a remote Mediterranean island, whiling away the time. But one day, an editor shows up at his door, wanting to republish his book. As it turns out, there are things in his past that he’d rather avoid.

Musical Chairs
Amy Poeppel (fiction, Atria/Emily Bestler Books)
Bridget and Will are friends and colleagues; for decades, they’ve been involved in the Forsyth Trio, a chamber-music trip they created as students with their Juilliard classmate Gavin. Gavin eventually went on to great success in the classical-music world. But Bridget and Will devise a plan to lure him back.

Grand: A Memoir
Sara Schaefer (memoir, Gallery Books)
The year she turns 40, author Schaefer decides to take a trip with each member of her family. During a jaunt to the Grand Canyon with her sister, she finds herself reflecting on all sorts of childhood chaos and family upheaval.

Lost Souls at the Neptune Inn
Betsy Carter (fiction, Grand Central Publishing)
In 1960s New Rochelle, three generations of the Wingo women lead different lives: Geraldine struggles with motherhood, while her daughter Emilia Mae spends life chasing after love, vowing to be a different kind of mother to her daughter, Alice. One day, a handsome stranger rolls into town, and changes each one of them in new and positive ways.