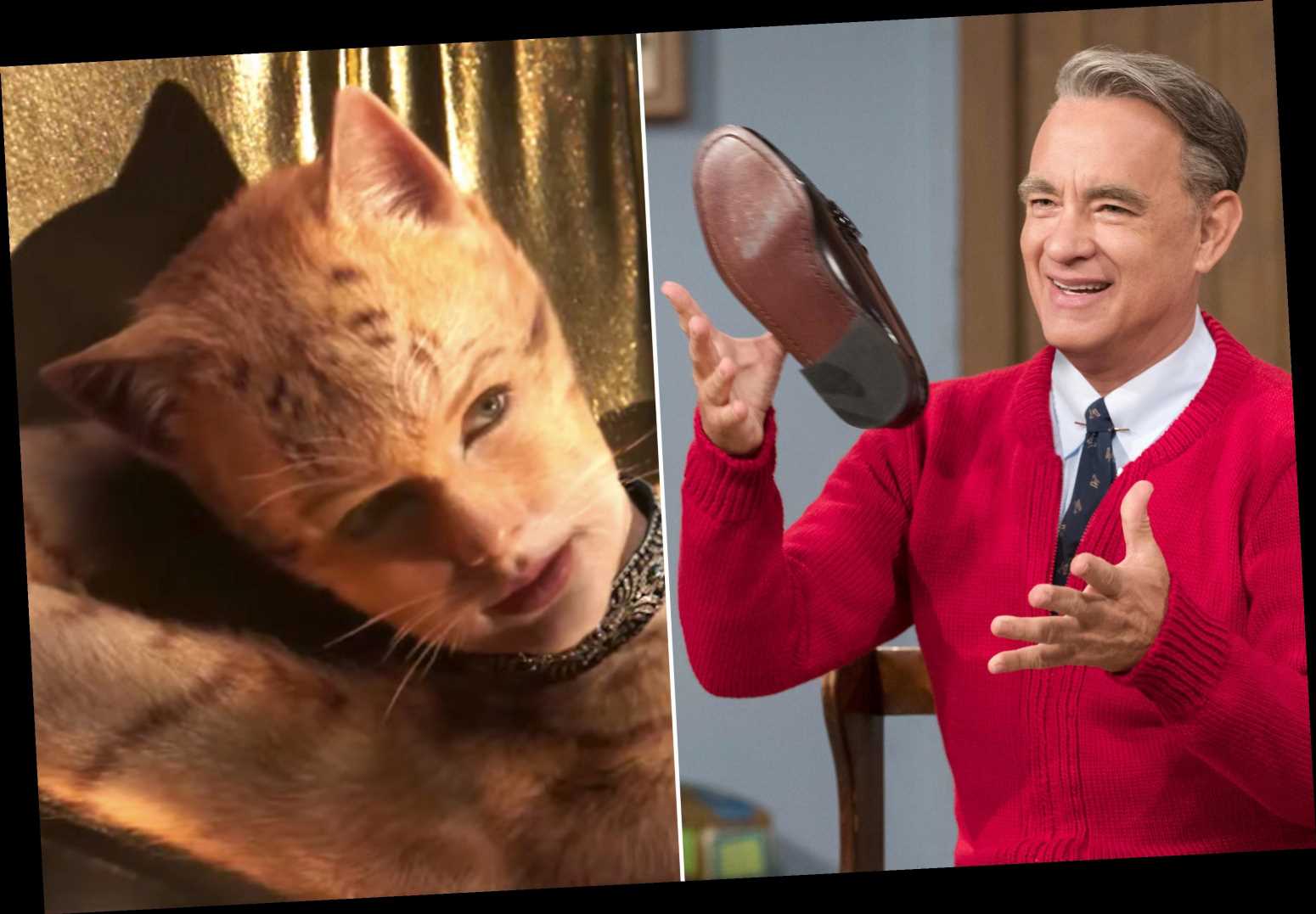 The Oscars, the Golden Globes, the SAG Awards: Movies get plenty of recognition as they commandeer the cultural conversation for most of the winter. But after the glamorous stars walk off with their trophies, what’s left in the dust?

Those short clips that make us eager — or fearful — to see the films. Not only are trailers vital to a movie’s opening-day success, but they regularly garner tens of millions of views on YouTube, where they’re dropped with the fanfare of a new Beyoncé album.

Here, The Post honors the biggest, boldest and most talked-about trailers of the year.

The movie version of Andrew Lloyd Webber’s musical has been the stuff of legends since the moment it was announced. Every single detail is as unbelievable as the lost city of Atlantis. The furry Jellicles are played by Taylor Swift, Idris Elba, James Corden, Jennifer Hudson and Judi Dench. And that unlikely bunch are being turned into tiny, CGI human-feline hybrids. It sounds like something our of L. Ron Hubbard’s library. And then we saw the trailer. It’s all true — and terrifying.

Most damaging to Will Smith’s career: “Aladdin” (May 24)


“I can show you the world: shining, shimmering, BLUE.” When we got our first look at Will Smith’s genie in “Aladdin,” our worst fears were confirmed:  The “Fresh Prince of Bel-Air” appeared as though he’d jumped into a vat of indigo dye and strolled onto the set of an old PlayStation game. The Internet piled on the mockery; thankfully, the movie itself is more magical than that premature peek.

Most likely to make you cry: “A Beautiful Day in the Neighborhood” (Nov. 22)


Mister Rogers and Tom Hanks are the ultimate nice guys. So, having the “Forest Gump” actor play the beloved morning-show host promises to be a moving pairing, and the trailer proves it is. “I think the best thing we can do is let people know that each one of them is precious,” Hanks’ Rogers says. If that doesn’t make your eyes well up, they will when straphangers serenade him with his own theme song.

There wasn’t much in the way of acting prowess or thrills in this one. Josh Gad’s saccharine narration about being a reincarnated canine was weird, and Dennis Quaid goes overboard pretending to be a plaid-clad farmer. There are, however, many puppies. Lots of happy doggies slobbering and wagging and jumping. If you turn off the sound, this clip becomes a masterpiece.

Most shocking transformation: “Ma” (May 31)


The sight of Octavia Spencer — the warm, supportive character in “The Help” and “Hidden Figures” — brings on a Pavlovian smile. So it goes in the first few seconds of the “Ma” trailer, when she buys a group of local teens some beer. Then the soundtrack quickly shifts to freaky thriller music, and we watch as she turns into a crazed stalker who makes threats, locks high-school kids in her basement and sews their lips together. After that trailer, you scream when you see her coming.

What would it be like to hear Beatles songs as if they were brand-new? The trailer for the Danny Boyle/Richard Curtis rom-com gives us a perfect snapshot of the humor and emotion (we’re not choked up, you’re choked up) of watching star Himesh Patel perform “Yesterday” and “Let It Be” in a world where everyone else’s memory is wiped clean of the Fab Four. If you wanted more, the movie serves it up. But the trailer works pretty well all on its own.

“All I have are negative thoughts.” While this line from the film could certainly apply to half of the reactions to the first “Joker” trailer, from the moment we got the first glimpse of Joaquin Phoenix’s grim origin story, hot takes began to multiply online. It’s a “Taxi Driver” rip-off! It’s the best supervillain movie ever! It’ll inspire crazies to violence! The furious debate hasn’t stopped since, so you know it did something right.

Most easily confused with a short film: “The Lighthouse” (Oct. 18)

A foghorn bleats, and Willem Dafoe and Robert Pattinson’s craggy visages stare at the camera in crisp black and white. You could be forgiven for thinking this is a surrealist short film in its own right, or maybe the most confusing perfume ad ever. It certainly had us looking forward to finding out why Pattinson’s character “spilled the beans.”

Jordan Peele’s second movie has the impossible task of living up to his near-perfect first film “Get Out.” And its trailer really did: From the plucky-stringed, goosebump-inducing version of “I Got 5 On It” to glimpses of a blood-drenched doppelganger family of Lupita Nyong’o’s adorable bunch, this horror preview scares the bejesus out of us. The film was pretty good, too. But not this good.

Tony Stark is dying. Captain America’s in tears. Jeremy Renner is . . . cutting his own arm? The trailer for the final “Avengers” movie rolls out its grief-stricken plot like a deadly serious drama, rather than the action-packed Marvel extravaganza it was obviously going to be. What a relief, then, for that eleventh-hour appearance by snark ninja Paul Rudd.