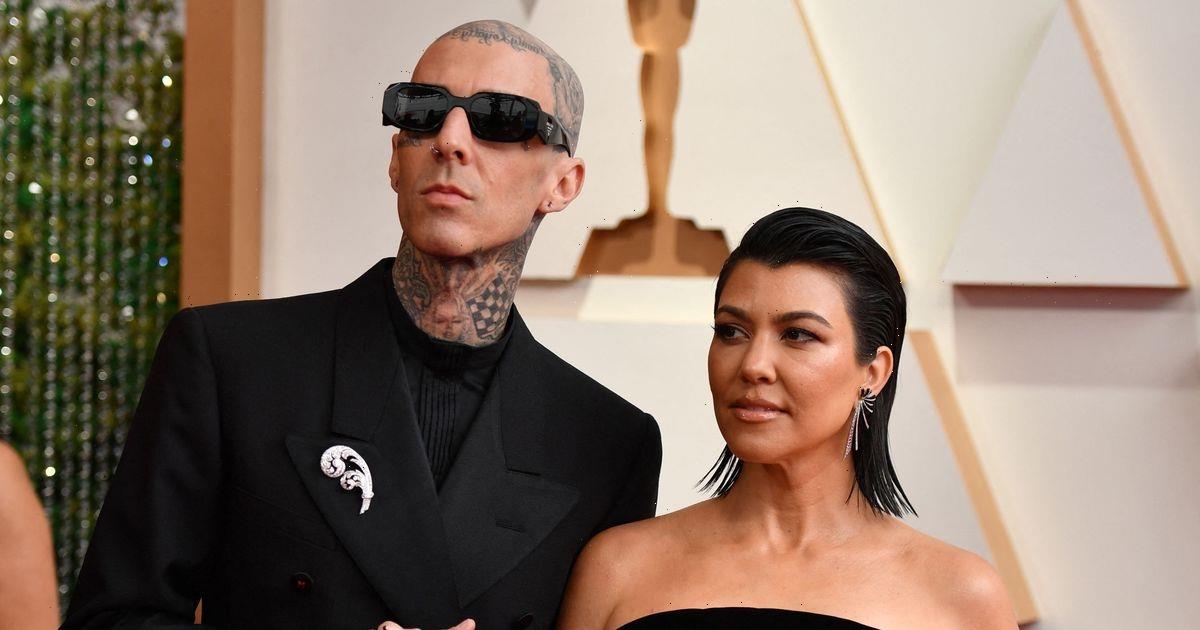 Of all the things we wouldn’t have expected to happen this week, Kourtney Kardashian wedding Travis Barker in a secret 3am Las Vegas ceremony tops that list, yet here we are.

Kourt surprised fans when she took to Instagram to share the news of a “practice” Las Vegas wedding, which saw her wear a leather jacket and dark jeans to marry her Blink-182 drummer beau on Tuesday. Now, the 42 year old is sharing further snaps of the Elvis-themed night – and we’re starting to appreciate some of the finer details.

From classic bridal nails to ultra-lengthy hair, here are the beauty features you probably didn’t spot from an initial glance at the wedding photos…

Probably the most noticeable difference between Kourtney’s everyday look and her wedding look is the length of her hair. The star added an extra-long faux ponytail to her usual chin-length bob, which gave her hair a bit of extra swish and drama. We also love how she wrapped a piece of the hair around the hair tie to conceal it.

The star’s slick fringe tendrils are giving us early noughties Gwen Stefani, and we love it. We wonder if Kourt deliberately chose a look reminiscent of Travis’ punk rock heyday. Either way, a high pony like this one certainly needs to make a comeback. TikTok, over to you.

Despite the reality star proving she was anything but the typical bride with her leather ensemble, she did keep one thing classically bridal: her manicure. Kourt opted for neutral French tips, which elongated her fingers and gave her look a feminine contrast.

Considering Kourtney’s sister Kim is the semi-official Queen of Contour, we think Kourt’s nearly-naked skin is quite the statement. She forwent any blusher or bronzer, opting instead for what looks like foundation-free skin, which all but proved she needed nothing but the sweet glow of love.

Despite Kourt deciding to ditch most of the makeup for her wedding look, she did fancy a slick of gloss to give her lips a plump appearance. The gloss she chose has a subtle peachy tint, which lifts her skin tone perfectly. We wonder if it’s one of Kylie Cosmetics’ offerings.

For all the latest beauty launches, tips, trends and treatments, sign up to the OK! Daily Newsletter now