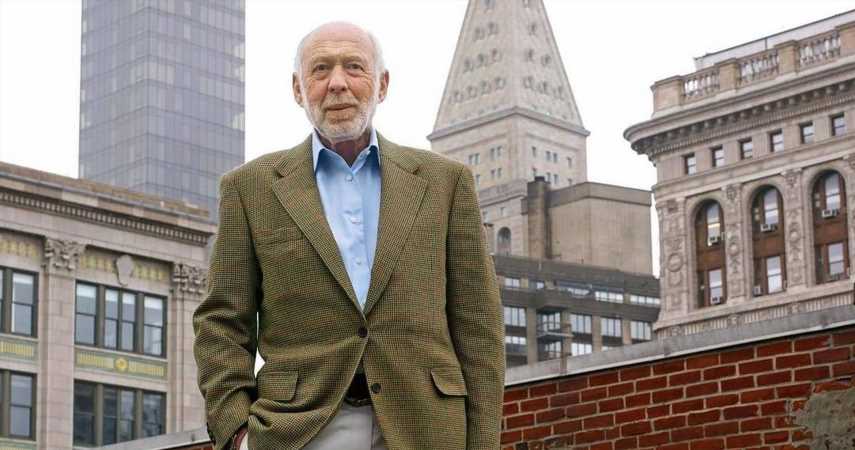 Investment banking is a branch of banking that specializes in raising cash and providing financial advice to people and businesses. Investment banks serve as a conduit between businesses in need of funding and investors who are willing to put their money where their mouth is. Investment bankers, use their knowledge of the financial services business, analytical prowess, and persuasive communication skills to assist institutions with tasks like raising cash and merging with other companies.

As one of the few occupations that attracts the sharpest brains, investment banking has proven to be a rewarding career choice for many individuals. With a lot of hard work and determination, anyone can succeed in this career and milk wealth out of it. Here is a list of the 10 richest people in the investment banking industry.

John Paulson is an American billionaire hedge fund manager. He made his fortune in 2007 against subprime mortgages using credit default swaps. He is the leader of Paulson & Co. since 1994 earning $4 billion during this time. He has a degree in finance from New York University and an MBA from Havard Business School. His estimated net worth is $4 billion.

Andre Esteves began his career as an intern at a Brazilian investment bank, Pactual, eventually acquiring control of the bank. He sold Pactual to Swiss banking giant UBS in 2006 for $3.1 billion, forming the Brazilian Subsidiary UBS Pactual. He then engineered the sale of UBS Pactual to investment firm BTG and became the chairman of the board and CEO of the new firm.

Esteves was arrested in November 2015 on allegations of obstructing a corruption probe at state-controlled oil company Petroleo Brasileiro SA. He attended the Federal University of Rio de Janeiro and has a net worth of $5 billion.

Leon Black co-founded the private equity firm Apollo Global Management, which manages over $470 billion in assets. He has since stepped down as CEO and chairman as of March 2021. Black received an AB in philosophy and history from Dartmouth College in 1973 and an MBA from Harvard University in 1975.

Facing allegations of ties to a sex trafficker of underage girls, Jeffery Epstein, Leon Black departed the firm he co-founded. He is alleged to have donated $158 million to Epstein than the estimated $50 million as part of the 2020 investigation. Leon Black has also faced accusations of sexual harassment from a Russian model.

He has an estimated net worth of $8.9 billion. His properties include a $28 million London flat, an Upper East Side New York townhouse, a $38 million spread in a Beverly Hills estate, a house in Bedford, and a house on Meadow Lane in the Hamptons.

RELATED: The Richest Family In The World: Here’s How The Rothschilds Spend Their Billions

Jorge Paulo is a Brazilian billionaire investment banker and businessman. He obtained a BA in economics from Harvard University in 1961.

He founded a private equity company GP Investimentos which bought shares of two Brazilian Breweries, Brahma beer, and Companhia Antarctica Paulista which became AmBev. AmBev later merged with Interbrew of Belgium in 2004. A rise in the stock of the combined firm bought American brewer Anheuser-Busch in 2008 makes the three companies the world’s largest brewers. Paulo has a net of $14.9 billion.

Petr Kellner was a billionaire businessman with a net worth of $18.4 billion by his death in 2021. He is the founder and majority shareholder of Investment Fund PPF which has a 98% stake in Czech’s largest insurance company.

Kellner’s other assets include a large share in Komercini Banka, a stake in listed telecom firm 02 Czech Republic, commercial real estate holdings, and PPF bank. In 2010, he bought a Boeing as his business plane. He also owned one of the largest collections of photographs taken by Josef Sudek.

The 72-year-old hedge fund manager and investor is the founder of Bridgewater Associates, one of the world’s largest hedge funds. Ray Dalio is a graduate of Long Island University. He later received his MBA from Harvard Business School. Bridgewater Associates has more than $160 billion in assets under management. Dalio has a net worth of $22 billion.

Joseph Safra was a Swiss banker and billionaire businessman. He died on 10 December 2020 with an estimated net worth of $22.8 billion.

Joseph Safra was in 2017 named in a corruption probe in Brazil over bribes (about $4 million) to Brazil’s Administrative Council of Tax Appeals (CARF). This was in exchange for a favorable appeal concerning fines owed to CARF.

Jim Simons is well known as a quantitative investor. As of July 2022, his net worth is approximately $25 billion.

RELATED: The 10 Richest Plastic Surgeons In The World

Born October 15, 1968, Ken Griffin is an American hedge fund manager, entrepreneur, and investor. He is the CEO and majority shareholder of Citadel LLC, a global hedge fund and financial services company. The company has more than $50 billion in assets under management, with Griffin owning 85% of it. The American also owns Citadel Securities, the largest market maker in the US.

Ken Griffin has a massive real estate portfolio which he began assembling in 2012. He purchased a 17-acre parcel of approximately $250 million and a 3.7-acre piece of land for $99.13 million in South Florida. He also has a New York penthouse for $238 million, a $122 million London property and four floors atop a Chicago condo building for $58 million.

Griffin graduated from Havard College with a degree in economics. As of 2022, he has a net worth of $29 billion. Aside from this, he has an art collection worth $800 million and personal residences valued at over $1 billion.

Nathaniel Rothschild is a member of the Rothschild banking dynasty, one of the world’s most prominent banking families. He attended Colet Court, Elton College, and Wadham College, where he earned a bachelor’s degree in History. After completing his undergraduate studies, Nathaniel went on to earn a Master’s degree from Oxford before beginning his career in investment management.

He holds 50% in NR Atticus, Atticus Management, and Atticus Capital, a hedge fund. Rothschild remains a considerable shareholder in RIT Capital Partners and a 35% beneficial shareholder of Five Arrows Limited, a Rothschild holding company whose major assets are shares in RIT.

Nathaniel’s inheritance is $40 billion and not $500 million as news outlets declare. This inheritance is in a series of trusts in Switzerland. Nathaniel Rothschild is linked with Said al-Islam Gaddafi son of former Libyan leader Muammar Gaddafi. This has created controversy since said is accused of war crimes in Libya.

Investment bankers are notably a wealthy group of individuals owing their fortune to higher education and relentless investment. The combined net worth of billions of dollars ranks them among the richest people in the world.

READ NEXT: These Are 8 Richest Introverts Of Hollywood