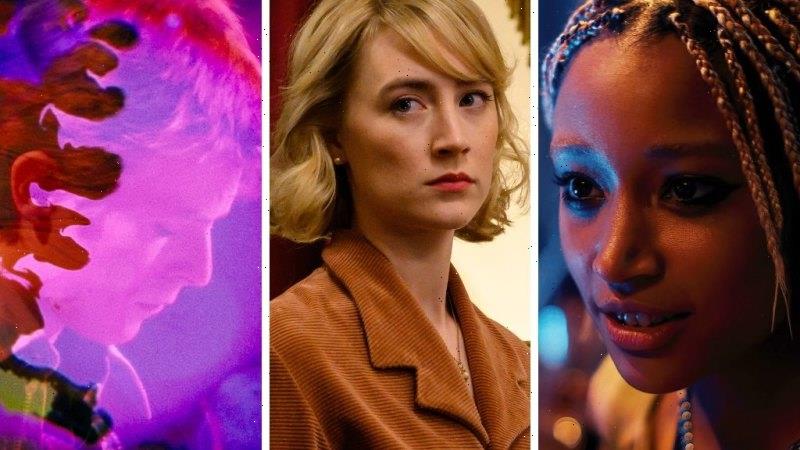 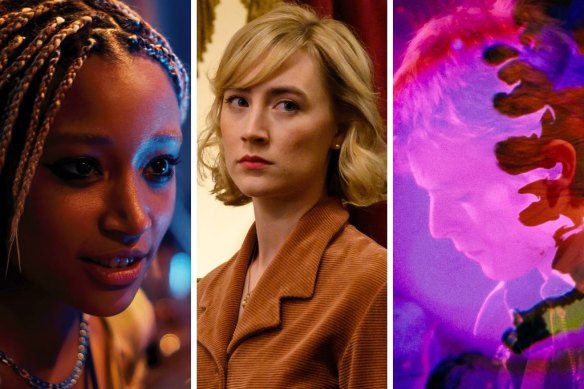 Spring is here, glorious days getting longer, birds chirping, buds sprouting, boys and girls getting amorous, not necessarily with each other. It ought to be a time for romance on the screen but no one takes notice of that in the movie business.

American kids are back at school after their summer, bored and cranky, so there is more than enough horror to match their mood. It’s a bloody month below, with The Retaliators and Bodies Bodies Bodies promising gore and mayhem.

It’s also a good month for Irish films. The Quiet Girl looks like being very rewarding, and in Gaelic; Redemption of a Rogue should be a laugh.

Moonage Daydream will excite music fans: David Bowie, up close and fabulous. High quality arthouse offerings are a bit thin, but The Railway Children Return will be safe for the kiddies. And Franklin looks a must-see for anyone who cares about the planet.

This won’t be everyone’s cup of conceptual tea, but it does look wacky. Peter Strickland (The Duke of Burgundy, In Fabric), the British director who picks up where Peter Greenaway left off, incorporates bodily fluids, music, humour and performance art in a theatrical blender on high whisk. A young man with a filthy fringe makes music out of recordings of cooking noises. Don’t laugh, Strickland is a member of a group that does just that. At your own risk. Opens September 8.

This looks intriguing. Oliver Cassidy, eighth generation Tasmanian, takes a blow-up raft down the Franklin in memory of his late father, who did the same thing in the ’80s to joint the protest against the damming of the river. Lots of old footage, including Bob Brown’s glory days as the champion of the greenies. If you want to know how hard and important this protest was, this might be the film. Opens September 8.

A young girl is sent from her dysfunctional family to live with distant, older relatives on a dairy farm in Waterford, Ireland. This is a rare Irish film in Gaelic. It has been wowing audiences since it debuted at Berlin and went on to win seven Irish film awards, including best film. The Sydney Film Festival described it as “small, quiet and perfectly formed”. What more do you need? Opens September 8. 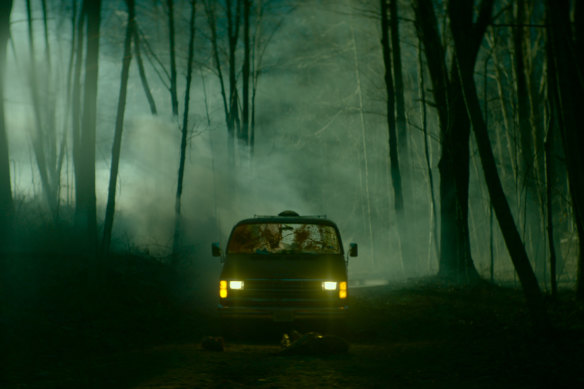 One of the online commenters called this a “fun revenge thriller”, but the trailer doesn’t look so much fun-filled as honest-to-goodness creepy gory American horror. A pastor tries to find out who or what killed his daughter. Oddly, it credits three directors, Samuel Gonzalez jnr, Michael Lombardi and Bridget Smith. How does that work, I wonder? Opens September 14.

By contrast, this does look to be a horror of the naughty fun kind. A bunch of rich, entitled young things gather at a big country house for the weekend. They play a murder game in the dark that suddenly turns murderous. OMG. WTF. LMAO. But first they must have the usual accusations, betrayals and moments where they do exactly what they should not do. This might be a deplorable exercise in rich-bashing. Yay! Opens September 15.

After films about Jane Goodall and Kurt Cobain, Brett Morgen wanted to create not a conventional documentary about David Bowie, but an immersive, overwhelmingly cinematic experience about the late, great singer/songwriter. From what’s in the trailer, it looks ravishing, mysterious and so exciting. Kids, take your ma and pa, or maybe your grandma/pa. Opens September 15.

How very dare they? Actually, it doesn’t look half bad. The story of the much-loved English classic has been updated to WWII. The children are no longer from a rich family and the stranger they find is now a black American boy soldier hiding from the authorities, but if it is good enough for Jenny Agutter to rejoin the cast, well… Forecast: gusting wholesome. Opens September 15.

English director Ol Parker (The Best Exotic Marigold Hotel, Mamma Mia! Here We Go Again) used Queensland to stand in for Bali in this big star romp which looks a bit like Mamma Mia! inverted. George Clooney and Julia Roberts, now bitterly divorced, put aside differences to stop their daughter marrying a young Balinese man. Perhaps it won’t be as nasty as that sounds. Opens September 15.

Redemption of a Rogue

An Irishman with a strong desire to kill himself returns home to see his dying dad. An Irish comedy then, and it might be a good one: lots of slapstick, gormless looks and blacker than black gallows humour – especially after the old man stipulates in his will that his sons cannot inherit if they bury him on a rainy day. In Ireland. They’ll be needing a good fridge. Written and directed by Philip Doherty, with Aaron Monaghan as the dissolute Jimmy. Opens September 29.

See How They Run

This could go either way, although the cast is very strong with Sam Rockwell and Saoirse Ronan as a couple of London plod trying to solve a murder in a theatre. It’s a pretty old plot device, so the film is largely a comedy, rather than a mystery. The support cast is also worthy of attention: Adrien Brody, Shirley Henderson, David Oyelowo and Harris Dickinson playing ‘Dickie Attenborough’, which is an unexpected twist. Expect a wee-take on the English, and that’s always satisfying, isn’t it? Opens September 29.