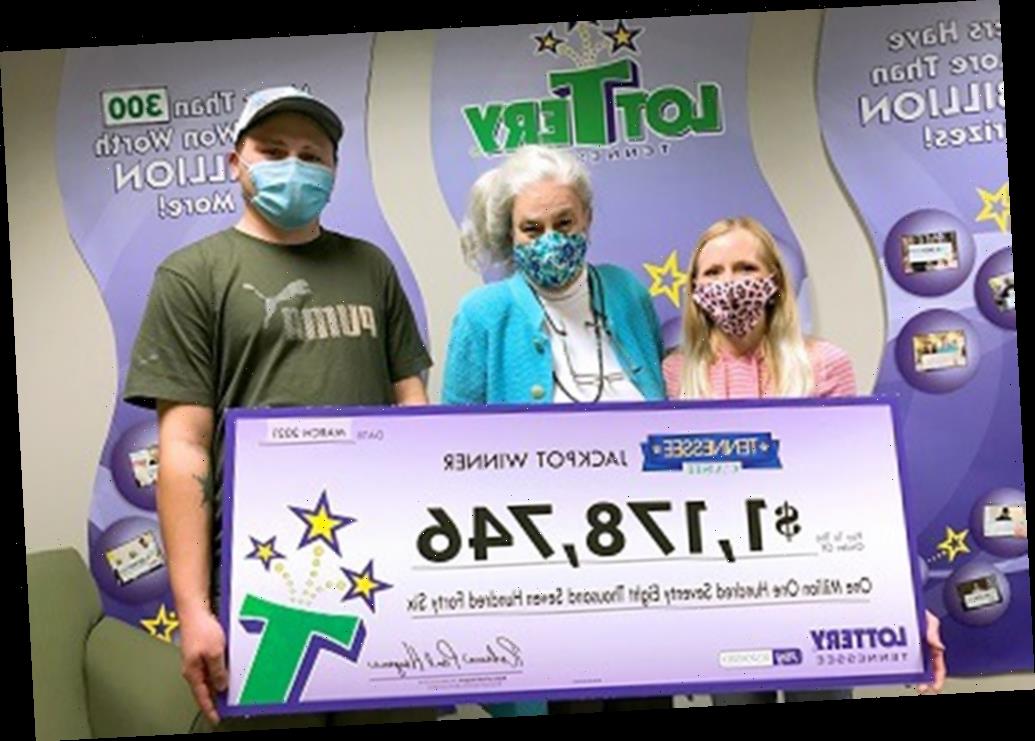 A Tennessee man won $1 million in the lottery, lost it, then got it back — all within the span of a day.

Nick Slatten had luck on his side in more ways than one after he not only won the Tennessee Cash lottery, but managed to recover his missing winning ticket in a store parking lot.

Slatten's good fortune began on March 10, when he stopped by a local grocery store to buy a drink and a lottery ticket after spending the day laying tile, the Tennessee Education Lottery said in a press release.

The next morning, the Sparta resident was shocked to discover the Tennessee Cash ticket he'd bought was a winner worth a whopping $1,178,746.

"I was stunned. I couldn't believe it. I can't express it. It was something else," he said in the release.

After visiting his fiancée Michelle at work to tell her the good news, Slatten went about the rest of his day running errands, from going out to lunch to taking his brother to buy a car part at O'Reilly's Auto Parts.

But about an hour later, Slatten realized he no longer had his winning lottery ticket.

"I couldn't find it anywhere," he said in the release.

As the release explained, tickets are finders keepers: anyone who found it would be able to pick up the ticket and claim it as their own.

"The Lottery always encourages players to sign their ticket immediately after purchase to identify it as theirs and to help prevent someone else from cashing it, in the event that it is lost or stolen," the release said.

With his fate hanging in the balance, Slatten retraced his steps and eventually found himself back at the auto store, where lo and behold, the missing ticket was waiting for him, lying on the ground in the parking lot next to the driver's side door of another vehicle.

"It's a million-dollar ticket, and someone stepped right over it," he said in the release, which noted that the weather was breezy that day.

Slatten told the Tennessee Education Lottery that he and Michelle plan to keep their jobs, and want to use their winnings to buy a house of their own and upgrade their vehicles.

Slatten said in the release that his new windfall will allow him to live his life with "not a whole lot of worries."