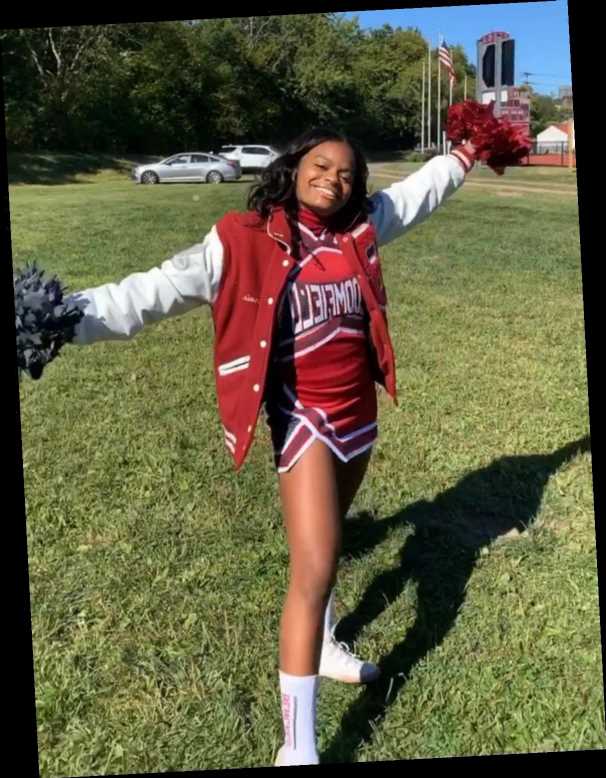 A group of cheerleaders has set out to raise morale during the ongoing pandemic in the best way they know how: spreading their spirit.

Makenzie Robinson tells PEOPLE (the TV Show!) that she is one of the New Jersey teens who joined Project CheerUP!, a group of cheerleaders who send videos of their routines in order to spread joy.

The efforts started in Cedar Grove by high school teammates Mackenzie Jennings, Sofia Cordaro, Alessia Velazquez and Ava Cassilli, but the group has since grown and now includes cheerleaders and volunteers from states across the state and country.

"It targets everybody," Robinson, 17, says on Tuesday's episode. "We want all 50 states to just be united and to be one in times like this, in the middle of a pandemic, so everyone knows that we're all going through this together."

"Our mission [is] to get a bunch of teams, a bunch of cheerleaders to just cheer up the world," she adds. Robinson said the idea came to Jennings, Cordaro, Velazquez and Cassilli last year after their cheer season got canceled due to the COVID-19 pandemic.

"They wanted to keep our skills sharp and provide good and cheer up everybody around us," Robinson explains of the cheer quartet.

Though she had temporarily left her cheerleading team to play basketball, Robinson eventually heard about the project in April and knew she couldn't resist being apart of it.

"My coach had messaged the team and said like, 'Hey girls, this is what Project CheerUP! is,'" she recalls. "Since I wasn't technically on the team at that time, I reached out to her and I said, 'Hey, I saw this message. Do you think I could be involved?' And she said, 'A hundred percent.'" The project works by having people request a cheer gram for various reasons — anything from a happy birthday to a general cheer-up message — and then having the cheerleaders create and send videos.

Project CheerUP! has also organized car parades in the community to promote their energy.

"It's basically just pom-poms, happy messages, tumbling, showing people that we're here for them," explains Robinson, who has been cheering for the past nine years.

Robinson says the response has been overwhelmingly positive, especially from those who have been unable to leave their homes due to health concerns from COVID-19.

"It's so joyful. The smiles, the thank yous, the waves — it's a nice moment all around," she says. "To see that they can have those smiles just if we're passing by at a parade. It's amazing."

"[The parade] made me feel super empowering," she adds. "It made me realize that I can do something. I can not only affect myself, but I can affect others too. It was a great moment." Looking ahead, Robinson says Project CheerUP! has no plans of stopping and expects to expand to all 50 states.

They've also been sending cheer grams to those affected by winter storm Uri in Texas.

"It is so important right now. And I don't think anyone had originally planned for it to be something that continued," she says. "But when we realized that there was still a call for it… there was no reason not to continue."

Even when she's in college, Robinson says she plans to keep up her involvement with Project CheerUP!

"I'm probably going away for college… So I would love to continue this in whatever state I am, continuing giving grams," she says. "I do not plan on stopping anytime soon."

"People can never have enough positivity to remind us that the sun will come out tomorrow," she adds.

Those interested in getting involved with Project CheerUP! can so do here.