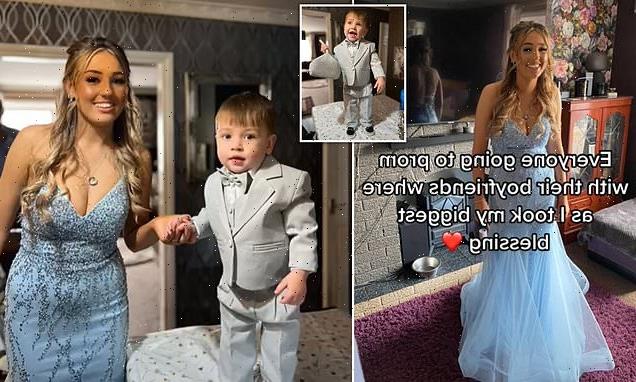 Teenage mother, 16, who couldn’t find a babysitter takes her toddler son to prom with her as her date

A 16-year-old mother has gone viral on TikTok after making a video about taking her one-year-old to prom as her date, after she couldn’t find a babysitter for him.

Melissa McCabe, from Tranmere, Merseyside, was just 15 when she gave birth to her son Arthur, who she has raised without help from his father, in November 2020.

Despite receiving negative comments for becoming a mother at such a young age, with some saying she was ‘ruining her life’ Melissa has described Arthur as her ‘biggest blessing’.

Revealing on TikTok that she had taken the toddler to prom as her date, Melissa made a video featuring sweet snaps of the pair in their finery. 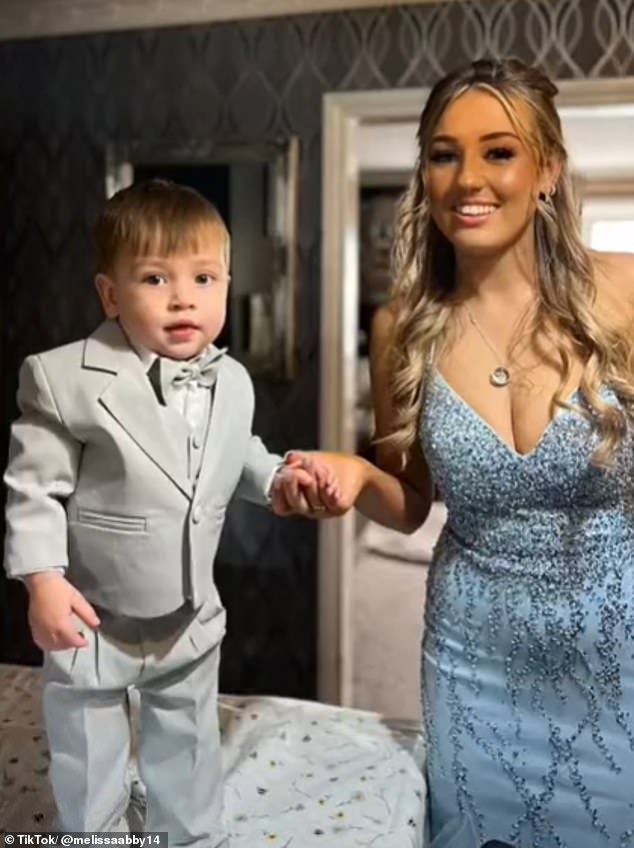 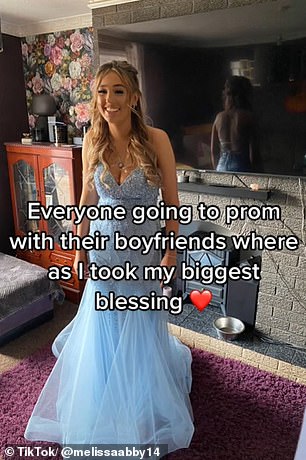 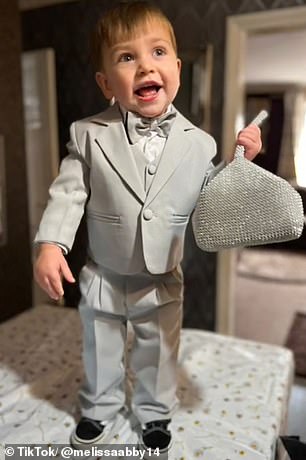 Melissa McCabe (left) wants to break the stigma around being a teenage mother, and often posts videos about her son Arthur on TikTok

A caption across the screen at the beginning of the clip says: ‘Everyone going to prom with their boyfriend whereas I took my biggest blessing.’

The video, which garnered 1.6 million views, was inundated with positive comments from social media users who praised Melissa for being the ‘best mother’ and called Arthur ‘cute’.

However, not all the comments Melissa has received throughout pregnancy and motherhood have been so positive.

She told the Liverpool Echo: ‘When I found out I was pregnant obviously I was really young. It was hard because everyone told me I was ruining my life and I wasn’t going to get my GCSEs. So many people make comments when I’m out with him. 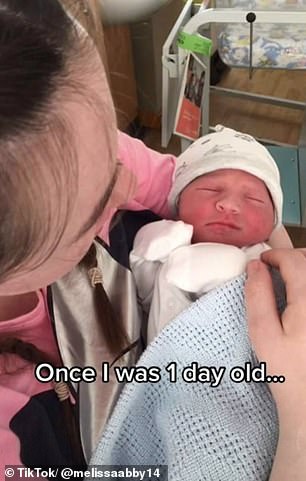 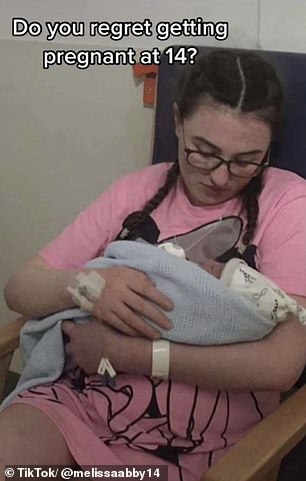 ‘Often people think he’s my little brother and when I tell them he’s mine their attitude completely changes. Older people especially find it disgusting because obviously their way was to get married first and then have kids.’

Now Melissa, who recently completed her GCSEs and will be starting college in September to study Health and Social Care, wants to break the stigma around being a teenage mother.

She regularly posts videos about her life with Arthur, opening up about the challenges of motherhood, as well as discussing how much she enjoys her child, who she describes as her ‘best friend’.

While Melissa has received negativity for becoming a mother at the age of 15, the comments on her prom video were positive and praised the mother-son duo

TikTok users took to the comments section of Melissa’s prom video to lavish praise on the young mother and her son.

One wrote: ‘Omg you are the best mother the most gorgeous person I have ever had the pleasure to see and the most lucky person ever xx’

Another added: ‘This is the cutest…he looks so proud in his little suit.’

A third wrote: ‘Best date you could have.’