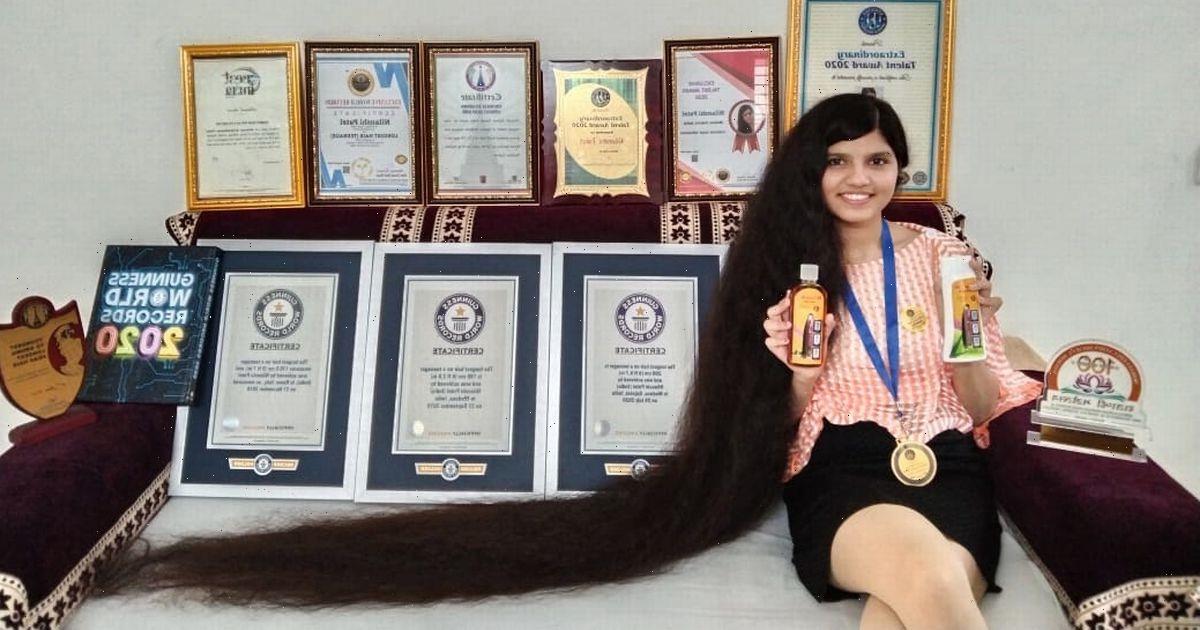 An 18-year-old held a Guinness World Record for having the “longest hair on a teenager” – but she’s since cut her locks.

Nilanshi Patel had been growing her tresses since she was six-years-old.

After 12 years, she managed to achieve a 6ft 6 mane that brushed along the floor as she walked.

But the teen, from Modasa, Gujarat, India, decided to ditch her super-long hair in favour of a bob instead.

Thankfully, she won’t have to wave goodbye to her barnet for good though.

Nilanshi’s donated her record-breaking clippings to Ripley’s Believe It or Not! Museum in Hollywood, CA, USA.

It’s been a huge weight off Nilanshi’s shoulders as 9.4oz of hair got the chop.

The teen is also chuffed with her new look, which is handy because it would take another 12 years to get it back to her old length.

She said: “My hair gave me a lot – because of my hair I am known as the ‘real life Rapunzel’, now it’s time to give back.

“I love my new hairstyle. I feel proud that I’m going to send my hair to the US museum- people will see and be inspired by my hair.

“I’m really, really happy… Today is a new beginning and I hope I will break many more records in future.”

Nilanshi is probably pleased to be saving time on her hair too.

Previously, she only washed her hair once a week because it took 30 minutes to dry and an hour to brush through.

She then applied a homemade oil, the contents of which are a family secret, made by her mother.

In day-to-day life, the record holder had to wear her hair braided or in a bun to keep it out of the way.

She also used to trip over it on occasion – but there’s no danger of her doing that nowadays!

The current record for the longest hair on an adult is held by Xie Qiuping – a Chinese woman whose hair measures 18ft 5.54in.

That’s nearly as long as the height of a giraffe!

Xie has been growing her hair since she was 13-years-old.