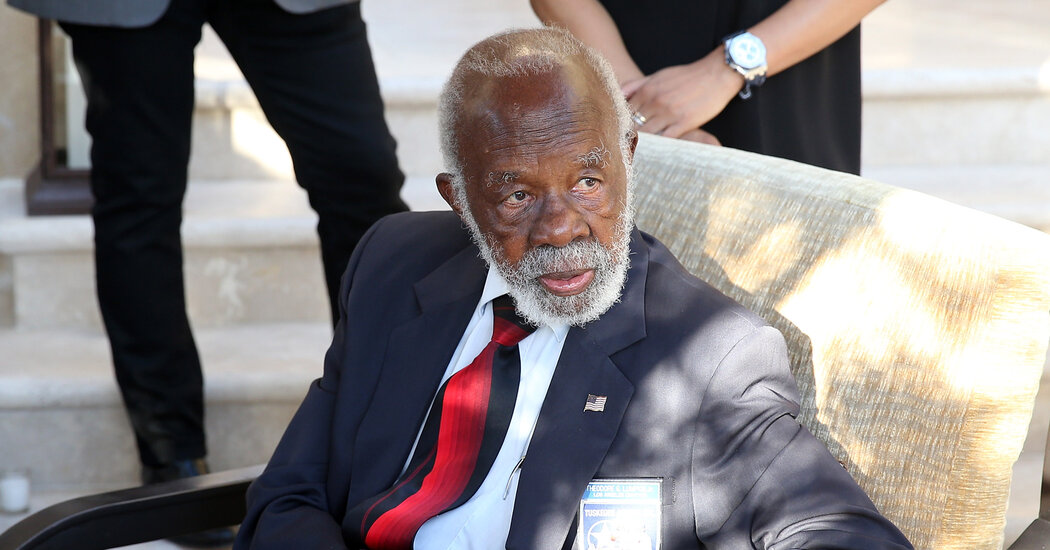 This obituary is part of a series about people who have died in the coronavirus pandemic. Read about others here.

Ted Lumpkin Jr. had a story about his time as a member of the Tuskegee Airmen, the first Black flying unit in American military history. His fighter group was flying missions out of Ramitelli Air Field in Italy during World War II, escorting bombers based elsewhere.

One day in December 1944, he said, bad weather forced the bombers to land at Ramitelli. Before that, he said, the white bomber crews had had no face-to-face contact with the men in the escort planes — Red Tails, as they were known, because of their markings. They didn’t realize their escorts were Black.

“They were stunned,” Mr. Lumpkin told the website of the Suzanne Dworak-Peck School of Social Work at the University of Southern California, one of his alma maters.

“That’s when they really discovered that this was a Black base and that the Red Tails were flown by Black pilots,” he recounted in an oral history recorded in 2011 for the Veterans History Project. After that, bomber crews often requested the Red Tails as escorts, he said.

Mr. Lumpkin, one of the oldest surviving Tuskegee Airmen, died on Dec. 26 at a hospital in Los Angeles, just a few days before his 101st birthday.

Another alma mater, Los Angeles City College, said in an announcement that the cause was complications of Covid-19.

Theodore George Lumpkin Jr. was born on Dec. 30, 1919, in Los Angeles, the oldest of six children of Theodore and Winnie Mae (Long) Lumpkin. While attending Jefferson High School, he worked part time at the shoe store where his father had long been employed. An early understanding of racism, he said, came when he realized that his father would never be allowed to do more than operate the elevator or do janitorial chores because of his race; the more coveted position of shoe salesman was barred to him.

After graduating from high school Mr. Lumpkin earned an associate degree in mathematics at Los Angeles City College in 1940. He was studying at the University of California, Los Angeles, when he was drafted into the Army in 1942.

He recalled sitting in a room with scores of other draftees, taking assorted aptitude tests. Various groups were pulled out and given their assignments, until just he and two or three others remained, all of them Black. They were told they were to report to the Tuskegee Army Air Corps base in Alabama, where the “Tuskegee experiment,” as it was sometimes called, was underway: The military was trying to see whether Black men could be trained to be combat pilots. Or, perhaps, it was trying to prove that they could not.

“The so-called Tuskegee experiment was set up to demonstrate to the world, or to the country at least, that Blacks did not have the ability to be combat pilots,” Mr. Lumpkin said in the oral history, a view shared by many.

Mr. Lumpkin said his nearsightedness ruled him out of consideration for pilot. Instead he worked in intelligence; his roles included briefing the pilots before their missions and debriefing them afterward.

He finished his active military service in 1946 with the rank of captain, then served in the Air Force Reserves until 1979.

He completed his bachelor’s degree at the University of Southern California in 1947, then earned a master’s degree in social work there in 1953. He lived in Los Angeles and worked for Los Angeles County for many years in several departments, including the Bureau of Adoptions, then in 1979 began a career in real estate. He married Georgia Kelly in 1948. She survives him, along with two sons, Kelly and Theodore III; a daughter, Ellen Lumpkin-Brown; nine grandchildren; and a great-grandson.

Mr. Lumpkin said that though the Tuskegee Airmen won respect from some white service members, there were plenty of slights as well. 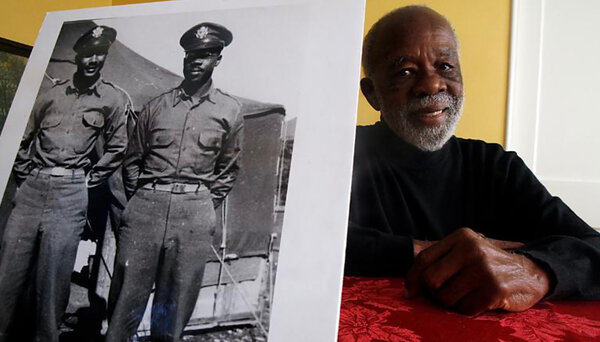 “We really felt that our success in combat overseas was going to make a big difference in the United States as far as racial relations are concerned,” he said in the oral history. “We discovered that that was not the case. In fact, it got to the point where you just didn’t tell people what your experiences were because they wouldn’t believe you.”

But gradually the story of the Tuskegee Airmen came to light. In 2007 the airmen collectively received the Congressional Gold Medal. At the ceremony, President George W. Bush said, “I would like to offer a gesture to help atone for all the unreturned salutes and unforgivable indignities.” Then he saluted the assembled airmen, who rose and saluted back.