Taylor Swift is on TikTok — or as she calls it “SwiftTok.”

The music superstar, 31, made her debut on the video-sharing app on Monday with a clip of herself lip-synching to British rapper Dave’s song, “Screwface Capital,” which mentions her by name.

In the video, Swift can be seen mouthing the words, “I made a link with the Russians / Six figure discussions, dinners in public / My linen all tailored / My outstanding payments swift like Taylor / And boy I owe ‘dem men a beatin’.”

Every line of the song featured a different video of the “Blank Space” singer’s music releases from over the past year.

The first clip showed Swift dressed like in the visuals for her “Folklore” album and said July 24, 2020, which is when the indie-folk album dropped. A second clip showed her dressed like in the visuals for the “Evermore” album, and stated its release date: Dec. 11, 2020. A third showed Swift in a summery ensemble for the re-release of her “Fearless” album on April 9, and the last clip featured a special announcement.

It showed the “Bad Blood” singer in a black turtleneck and bright red lip, and said, “Red: Taylor Version, November 19, 2021.”

Swift captioned her first TikTok, “Lots going on at the moment: Red (my version) vinyl is up for presale on my site and oh I’m on tiktok now let the games begin 😺 #SwiftTok.” 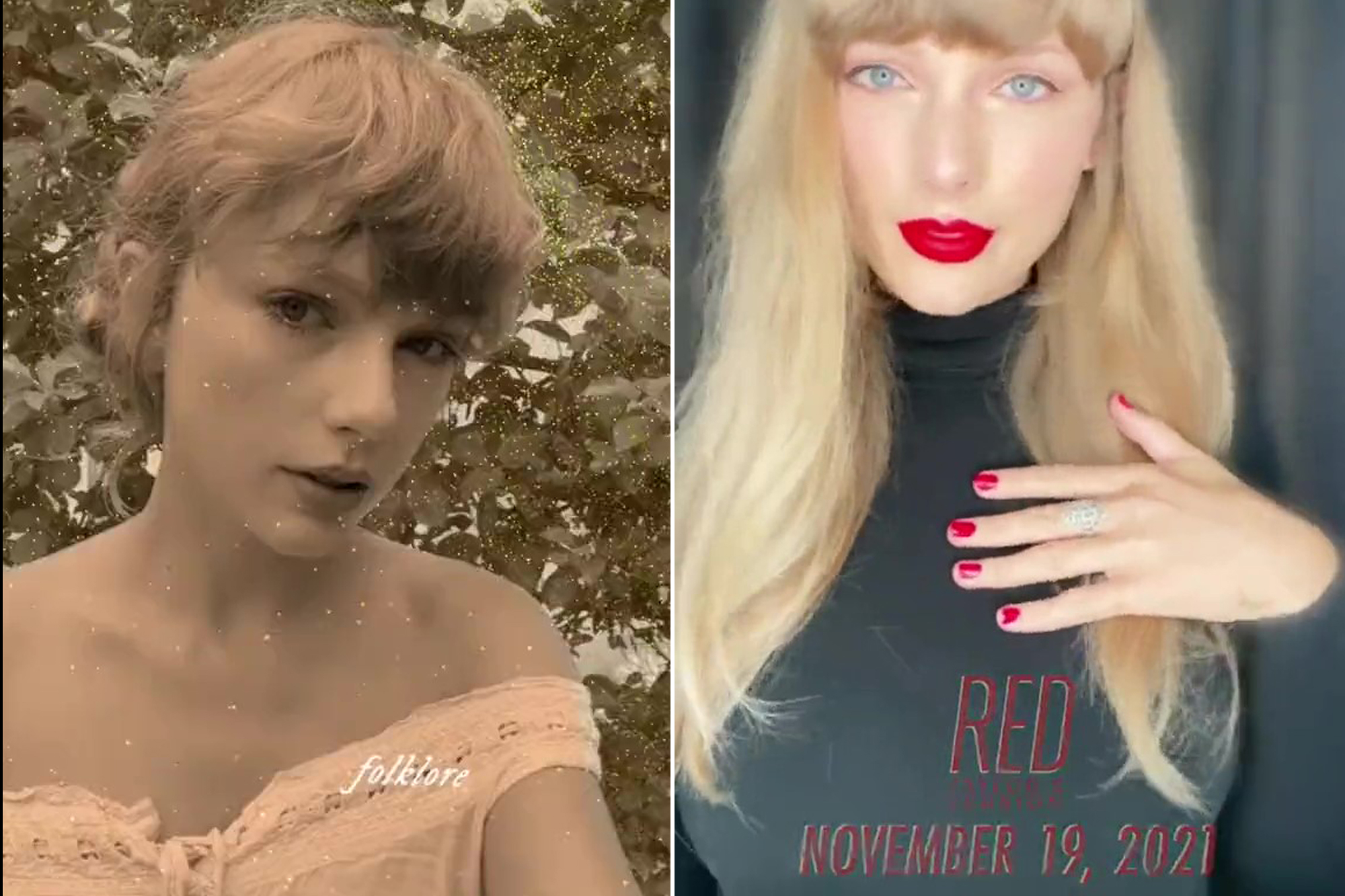 In June, Swift had shared that she would be releasing her own version of “Red” — her fourth studio album — with a total of 30 songs that were meant to go on the initial album, including the fan-favorite “All Too Well,” but the extended and explicit version.

The “Shake It Off” singer’s TikTok debut already has more than half-a-million views in less than an hour. She also has more than 230,000 followers as of Monday.

It is unclear what other kind of content Swift plans to release on the app, but her bio states, “This is pretty much just a cat account.”