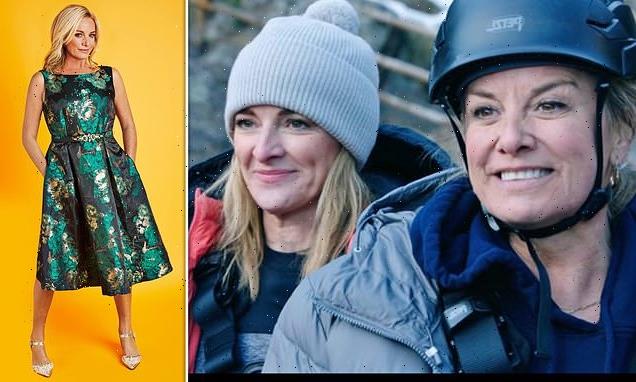 The last time we saw Tamzin Outhwaite on TV she was at a very low ebb as she struggled with the menopause while still mourning the loss of her mother Anna, who died of a heart attack at the age of 67.

It had taken immense courage to appear on Freeze The Fear With Wim Hof, the BBC1 show in which celebrities immersed themselves in a frozen lake and learned transformative breathing techniques from the Dutch wellness guru to confront their deepest anxieties – not least because she feared the ‘cold therapy’ could cause heart problems.

But the experience proved to be a game-changer for Tamzin, 51, who says it helped her deal with her grief after a mystical experience with Gabby Logan. When they did some breathing exercises together on the show, Gabby was convinced she felt the presence of Tamzin’s mother.

‘I adore Gabby – she’s one of life’s very good people,’ says Tamzin. ‘We’d barely met, but after the breathing exercise she looked at me and said, “Your mum’s here, she loves you so much,” and I could see something was happening to her. 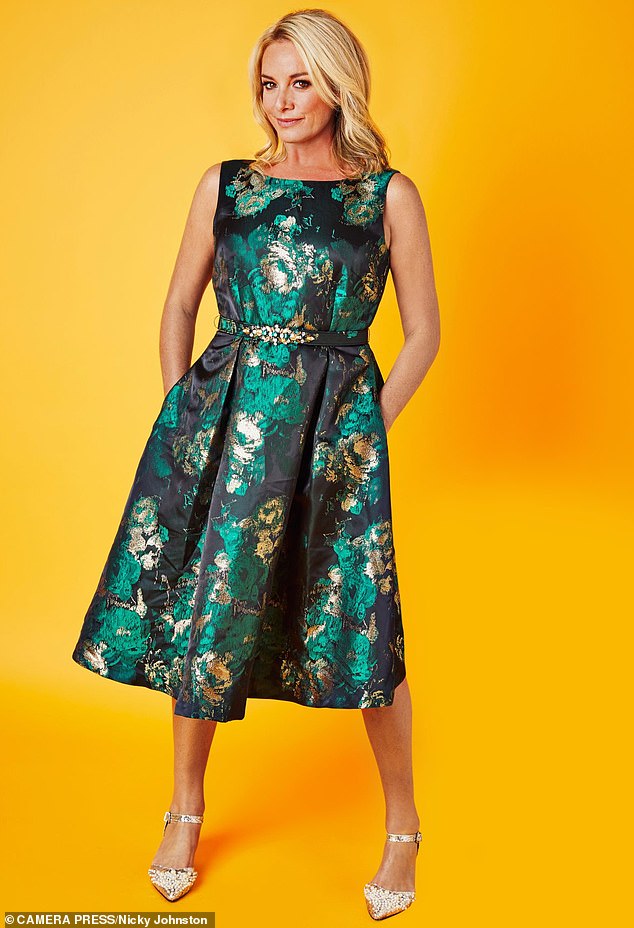 Tamzin Outhwaite (pictured) lost her mother while she was struggling with menopause. Actor, 51, began to deal with grief after a mystical experience with Gabby Logan

She had nothing to gain from it.

‘I did wonder if she was feeling the presence of her brother too [he died of an undiagnosed heart defect in 1992 when he was just 15]. Gabby was the best person for my mum to come through because she’s triumphed over a lot of tragedy.

‘I was already emotional because I felt like my mum was there as we were in the Italian mountains where her family are from. I’ve always been very open spiritually but now I’m much more open to signs that my mum’s by my side.

‘I came back realising I’m far stronger than I thought.’ 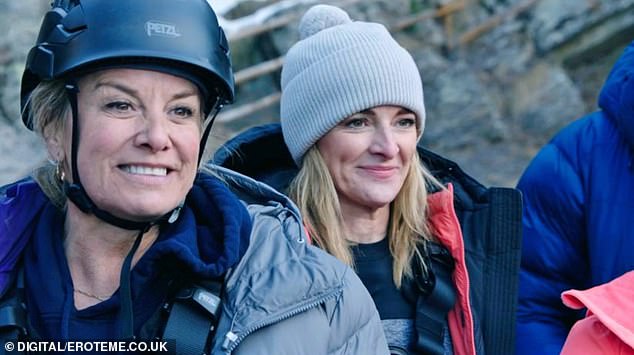 Tamzin with Gabby Logon on Freeze The Fear. When they did some breathing exercises together on the show, Gabby was convinced she felt the presence of Tamzin’s mother

It’s a much happier Tamzin we’ll see this week then as she stars alongside Johnny Vegas and Sian Gibson in a second series of their comedy-drama Murder, They Hope, in which the pair play tour guides turned sleuths Terry and Gemma.

Series one, a huge hit on Gold last year, found them taking on three bizarre cases, all while moving in with Gemma’s neurotic sister Monica (Sarah Hadland) and trying to save for their wedding. Series two promises church bells alongside three more comedy capers, plus an array of guest stars including Lee Mack, Sandi Toksvig and Outnumbered’s Hugh Dennis.

And for Tamzin, it was a chance to have a giggle. ‘I loved the first series, and when I saw the cast list for this one I thought, “Oh my gosh!”’ she says.

‘I love how the writer Jason Cook makes it feel like a highstakes Scooby-Doo.’

Tamzin appears in the first episode, set during a couples therapy weekend. ‘I play a suburban snob who’s married to an MP.

‘She’s obsessed with power, something I’ve never worked out,’ she laughs. ‘But I do prioritise laughter, it’s a tonic both on and off the job.’

There was a time when Tamzin felt totally overwhelmed. She now lives with her partner and ‘dream stepdad’, film-maker Tom Child, after she split from her husband, actor Tom Ellis, the father of her daughters Florence, 13, and Marnie, ten.

Tamzin was devastated when they divorced after eight years in 2014, after Tom admitted he’d cheated with Lost actress Emilie de Ravin while filming in LA.

She says of that period, ‘I was a different person then. I was pre-baby or getting over having a baby or having had a miscarriage, so there was a big chunk of time where, hormonally, I wasn’t myself and not the version of me that I am now.

‘I’m still on the road to self-discovery but I’m in a much better place.’

Tamzin became a household name in 1998 as Mel Healy in EastEnders, which she followed with roles in Hotel Babylon, New Tricks and Ridley Road. Pictured at the Virgin Atlantic Attitude Awards 2022

Tamzin first met Tom Child, who at 31 is 20 years her junior, in 2017 at a yoga studio where he was a personal trainer. ‘It wasn’t until three or four years later when we were both single that he sent me a message.

‘To be honest, my time then was taken up with trying to keep my kids happy, trying to be mum and dad, so dating wasn’t really an issue for me.

‘When we did eventually go on a date, at first we thought, “We can’t really do this because of the age gap.”

‘But then we didn’t want to be apart, so it felt quite natural. Tom’s much more mature than me anyway.’

Tamzin became a household name in 1998 as Mel Healy in EastEnders, which she followed with roles in Hotel Babylon, New Tricks and Ridley Road, and in spite of her fears as she hit 50 the parts keep rolling in.

‘I’m happy in my own skin,’ she says. ‘I don’t feel like I have to try to be “relevant” to keep working.

‘I am who I am and I want to keep working as it makes me happy. Work is a huge healer.’