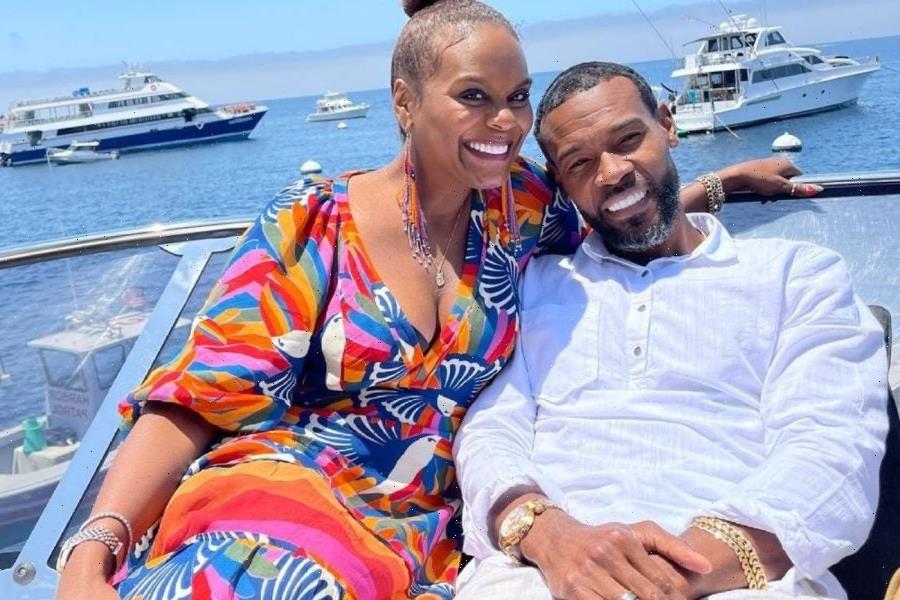 Tabitha Brown has been making many of her dreams come true lately, from having a recurring guest starring role on Showtime’s The Chi, to turning her TikTok fame into an audio book, a partnership to make a salt-free spice blend with McCormick and more. The most recent thing that has come to fruition for the actress and social media personality though, has to do with her husband. After 15 years of working to make it happen, Brown was able to allow her husband, Chance, to retire from his work as a police officer with the LAPD.

She shared the news in an emotional YouTube video on Saturday, chronicling their humble beginnings in LA, her working at Macy’s, Chance working answering the phone at a law firm, to his choice to join the LAPD to have a steady income for his family while she tried to make an acting career happen.

She didn’t want him to put his life on the line for others for a long time, so she proclaimed that in five years, “I’m going to blow up and then I’ll take you out of there. I’ll retire you from LAPD and then you can pursue something you love. A dream that you have.”

Five years later, it didn’t happen. However, 15 years later, she was able to tell him, “‘Babe, it’s time. It’s time.’” The day the video was filmed, Chance was turning in his things with the department for his last day.

“It’s a bittersweet moment because it has been an emotional rollercoaster of him being a police officer,” she said. “As we know it’s been tough as a Black man and then also being an officer has been very tough. When my husband went on this journey, he really felt like he could make a difference and I know that he has in his community. He has done his part. But I also know it’s time for him to dream again.”

Tabitha also shared an older clip of her running down a list of goals she wanted to achieve for herself and her family. Being able to help Chance retire from the force was the last one she wanted to bring to fruition, and now she’s done it. She shared that clip to show the power of writing down and speaking the desires of your heart.

“I have been speaking this for quite some time. ‘One day I’m going to retire my husband’ and it has happened today,” she said.

It took a year for him to decide he was ready to leave after 15 years as an officer bringing in the steady check coming in. Now she has it and wants him to be free to pursue his passions.

“I want him to dream bigger and figure out whatever his path is. And honey, if it take 15 years for him to figure it out, he got time [laughs].”

As for Chance, he said he was feeling conflicted because being a cop was so much a part of his identity. But he was grateful that nothing catastrophic happened during his years as an officer and is looking forward to dreaming big again.

“It was one of my seasons. But I’m looking forward to the next,” he said. “Start looking for a new Chance.”