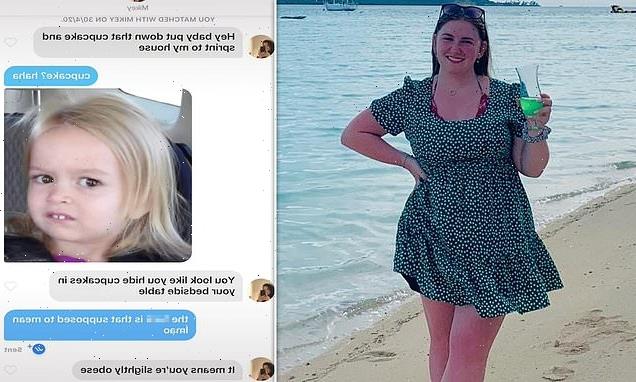 Woman, 21, reveals how she was fat-shamed by Tinder match who branded her ‘slightly obese’ and advised her to ‘put down the cupcakes’ and ‘sprint to my house’

A woman who received a fat shaming message as a chat up line on a dating app shared her confusion on TikTok.

Em Sumners, 21, from Sydney, shared a video of a horrendous exchange over Tinder from a potential suitor named Mikey.

The mother-of-two, who is now in a relationship, shared the clip as a throwback to the often rough reality of online dating, garnering over 3.7 million views on TikTok in the process.

Viewers of the video were shocked at the harsh words of Mikey and confused at his simultaneous attempt to get Em’s attention romantically. 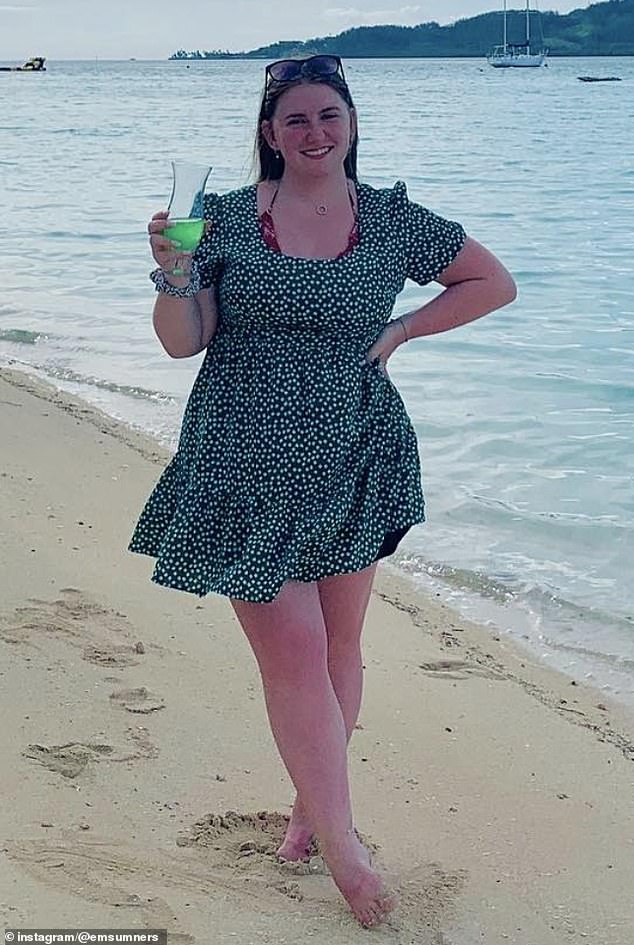 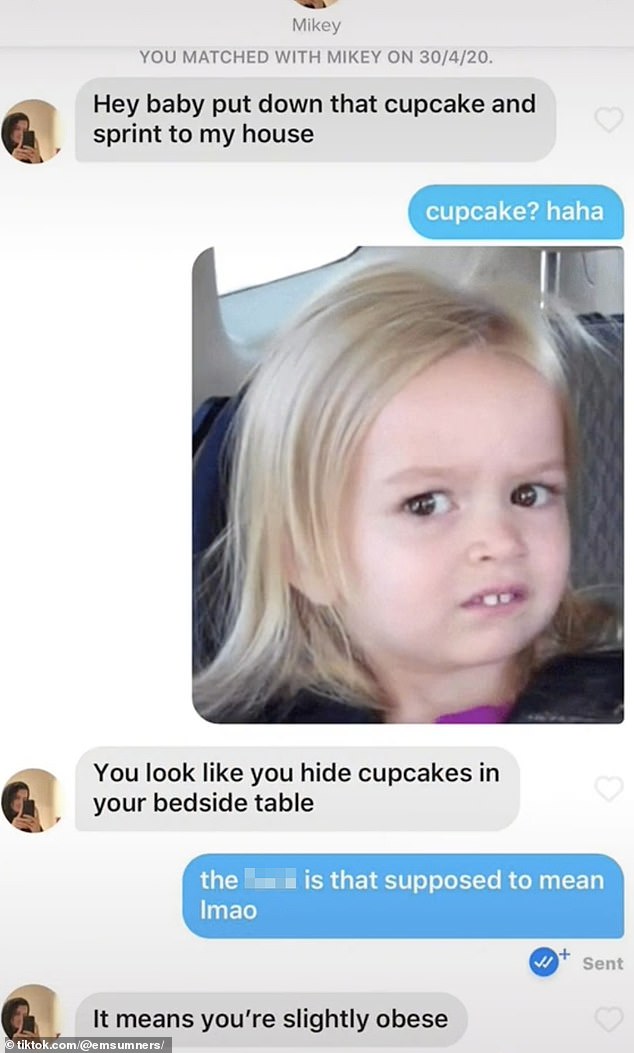 Sharing the exchange, Em revealed she was called ‘slightly obese’ in a clip that gained over 600 thousand likes

Em, who captioned the clip with a sarcastic ‘Thanks Mikey’, lip synced the lyrics ‘I found a guy, told me I was a star’ from Olivia Rodrigo’s song, All I Want, while showing the exchange on a green screen behind her.

In the Tinder message, Mikey had initiated the converstation by saying: ‘Hey baby put down that cupcake and sprint to my house.’

Em, confused, replied with: ‘Cupcake? haha’ and sent a meme of a confused child along with it.

Continuing with the same approach, Mikey then said: ‘You look like you hide cupcakes in your bedside table.’ 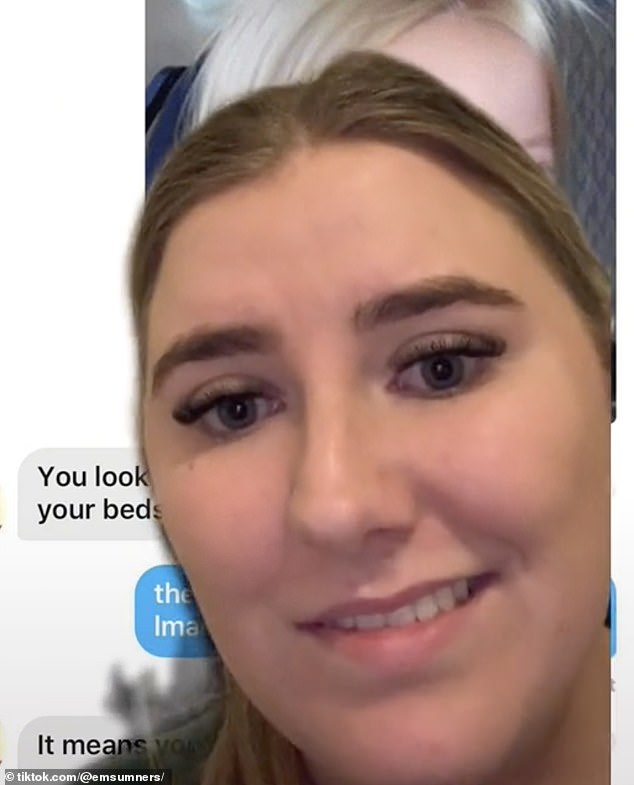 To which Mikey bluntly responded: ‘It means you’re slightly obese.’

While Em rolled her eyes and smiled to seemingly laugh at the ridiculous attempt to get her attention, commenters were quick to support her.

Another person agreed, saying: ‘I don’t get what would motivate someone to reach out and insult a stranger but still be down to f**k .’

A third person was outraged and wrote: ‘He’s asking for sex and saying you’re fat at the same time, that’s messed up.’

Other’s, however, saw the funny side, and commended Mikey for his approach.

One person said: ‘He never said any of those things are bad though.’

While another claimed: ‘But he said come over? Soooo he wants you.’

And a third person simply said: ‘Mikey is literally the funniest guy ever.’

Other commenters were too focused on the mention of a cupcake drawer to say whether they thought Mikey had overstepped a line or not.

One person said: ‘A cupcake a day keeps the losers away.’

While someone else said: ‘Everyone is missing the bigger picture here…get you a gal with a cupcake drawer.’

And a third person agreed, saying: ‘I should actually keep cupcakes next to my bed. That’s a brilliant idea’