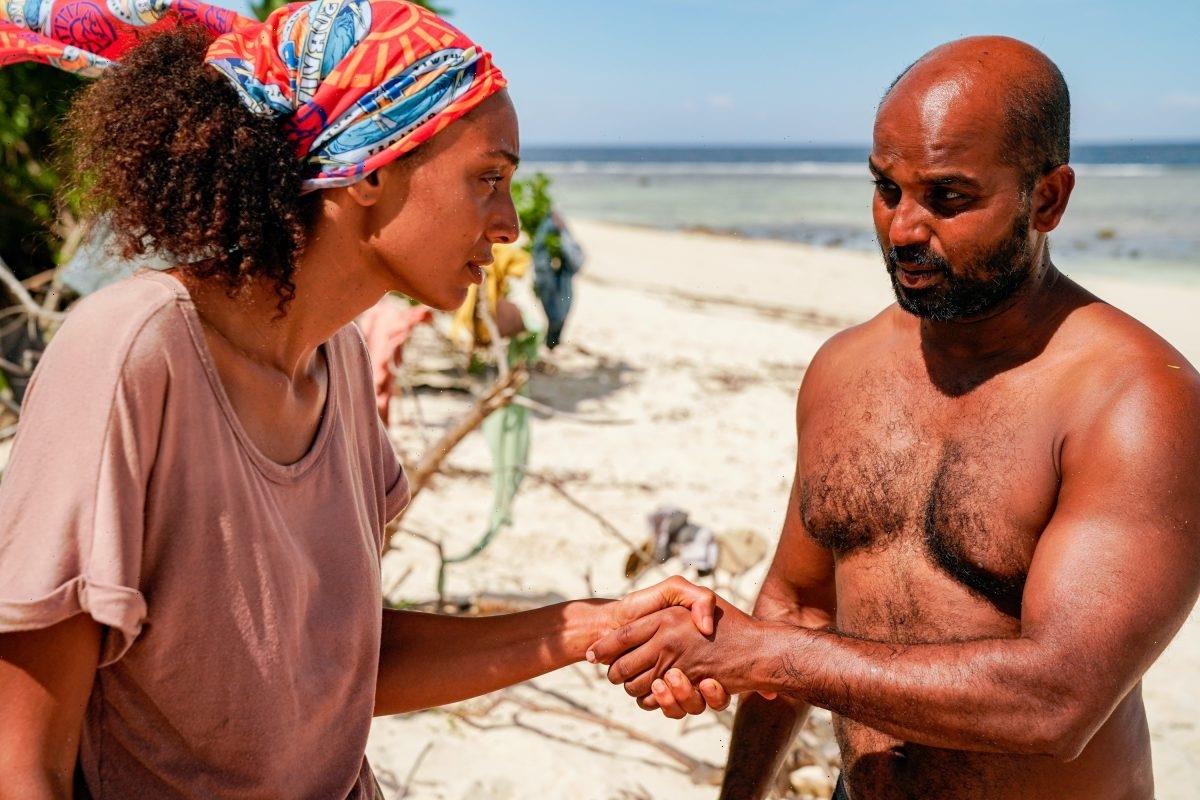 Fan-favorite Naseer Muttalif was blindsided during the first re-vote of Survivor 41. Following his elimination, he admitted he put his faith in Shantel Smith mainly due to her position outside of the game as a pastor.

After the merge, Luvu’s Naseer Muttalif seemed in good standing with his former tribemates and had an idol to protect himself.

During the Nov. 14 episode, the players competed for immunity and reward in two groups, resulting in separate Tribal Councils for both. He chose to trust Ua allies Ricard Foyé and Shantel Smith and believed they would vote out his former tribemate, Heather Aldret.

Instead, the group blindsided him, making him the second member of the jury. Evvie Jagoda only had two Yase allies following the merge after Liana Wallace joined Shantel Smith, positioning the group numerically on the bottom.

Following a clever idol play that narrowly saved Evvie from becoming the last player not to make the jury, they made it through another week by winning individual immunity. However, Evvie found themselves at a numerical disadvantage again and became the third jury member.

The cameras followed Naseer and Evvie as they trekked from their final Tribal Council to Ponderosa after their eliminations. After checking in with the doctor and learning they both lost 14 pounds during their time on the island, the castaways reconnected and talked before getting on the boat to take them to the villa.

When asked what happened with his immunity idol, Naseer explained he didn’t play it because he put his trust in Shan, mainly because she told him she was a pastor.

The second jury member admitted he didn’t see the blindside coming in a confessional but noted he’s still “proud” of his gameplay because he gave it his all. The next day, Evvie explained they don’t usually let anyone touch their hair but allowed Naseer to give them a haircut as the two developed a close friendship.

Evvie also reconnected with a close ally and first jury member, Tiffany Seely, and had deeper conversations they didn’t have while competing.

After her elimination, the former Yase tribemate admitted she thought the others made the “dumbest move” by voting her out as three of the remaining players still held idols.

Tiffany also noted she assumed the group would have tried to “flush” out one of the many advantages remaining in the game but thinks they were “afraid” to play.

The first juror learned she lost 16 pounds throughout her time on the island after checking in with the doctors and admitted she didn’t feel “embarrassed” about anything. Instead, she claimed she walked away from the experience feeling like a queen.

Immediately dubbing herself “the Queen of Ponderosa” while walking into the sequestered cabin, she joked, “You can have all this by getting voted off by a bunch of fools that are holding idols.” Despite any missteps Tiffany might have taken throughout the game, she noted she’s still proud of herself. Survivor 41 airs Wednesdays on CBS.