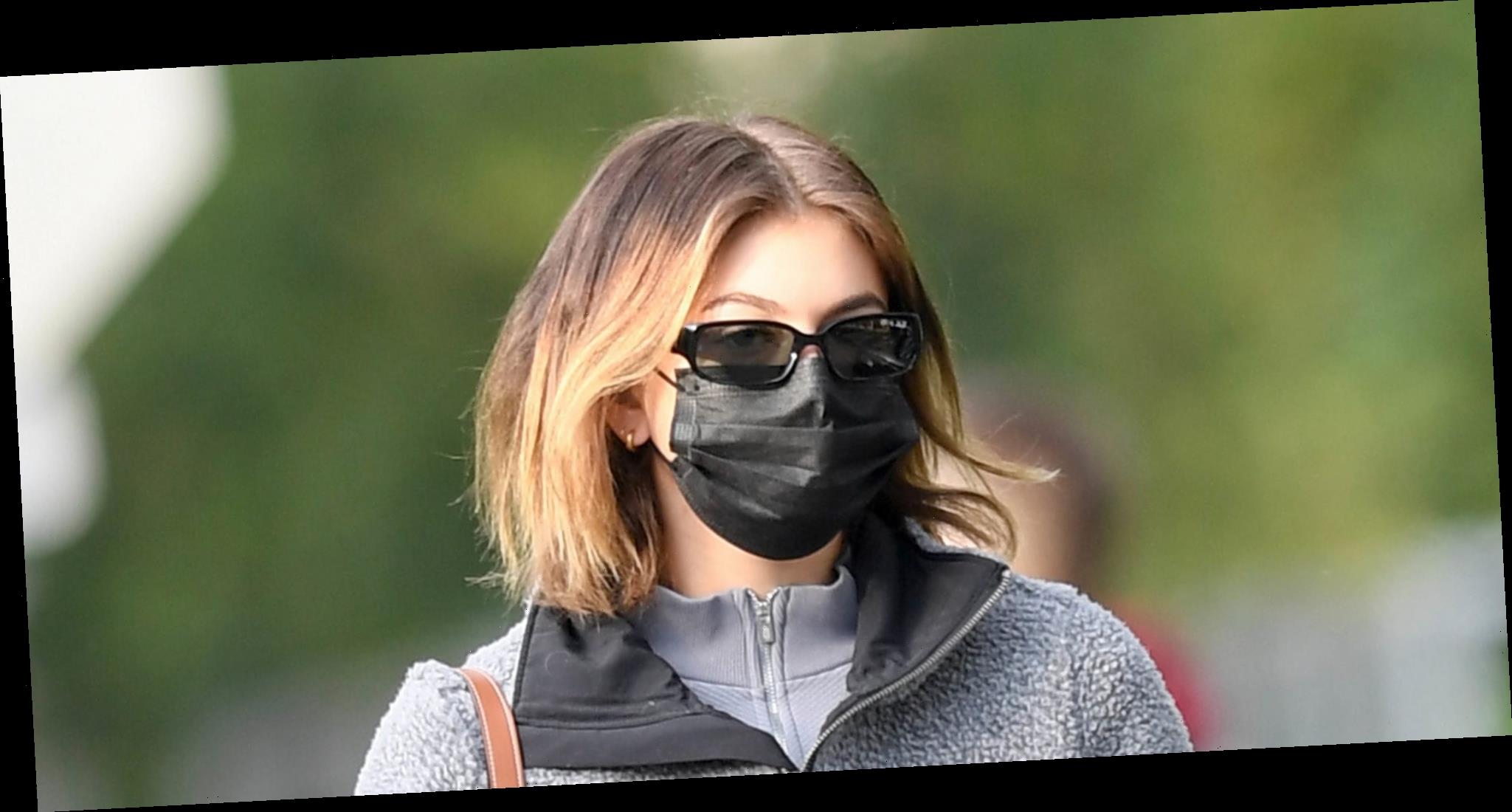 Back in August, supermodels perfected the unexpected Ugg-boots-in-summer look. We never saw it coming, but Ugg season came extremely early in 2020. Then there was a massive restock of Ugg boots, some experimentation with colorful and controversial styles, and the we-didn't-know-we-needed-it-until-it-happened launch of Ugg boots for dogs. Suddenly supermodels weren't the only ones wearing Ugg boots out in public. Suddenly they had some competition with non-famous humans and pug puppies everywhere for the perfect Ugg boot outfit. But if the massive resurgence of Ugg boots has taught us anything, it's that there really isn't a perfect Ugg boot outfit. The boot everyone loves to hate or hates to love has a ton of range whether you want to admit it or not. You can wear Ugg boots with a LBD like Joan Smalls or with a simple pair of Gymshark leggings and cozy white socks like Kaia Gerber has been wearing for the past three days.

Honestly, Gerber may have unlocked the perfect mini Ugg boot look for the moment. The beginning of this year has been exhausting to say the least. We all need comfort food in the form of clothing to help us make it through the winter. Gerber's new favorite outfit formula is exactly that. It's easy to wear and comfortable. Bless you Ugg.

Normally celebrities would wear a look like this with a pair of running sneakers (looking at you Jennifer Garner). But Gerber's styling with Ugg boots makes the look a little more interesting — especially because the gray/beige combo isn't something we see that often. Now all she needs is to get her dog in a matching pair of Ugg boots and it'll be the most iconic Ugg street style moment of the century.