Turn on your TV any night this week, and you’ll probably see many of the same comedians who also dominated our screens 15 years ago – often on the same shows revived from their glory days or ones imported from overseas.

“It’s a common complaint for people in the industry,” millennial comedian and screenwriter Vidya Rajan tells The Age and The Sydney Morning Herald. 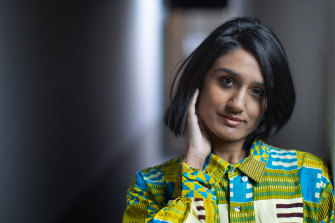 Vidya Rajan says younger comedians don’t have as many opportunities to showcase their talents on TV compared to older generations.Credit:Simon Schluter

“There’s this feeling that, unlike the opportunities that were there in the ’90s or early 2000s [think: prime-time stand-up slots on Rove and The Footy Show, and shows like Full Frontal], there hasn’t been a platforming of talent for the full millennial generation.”

That’s not to say some young people haven’t broken through. 10’s news panel show The Cheap Seats, for instance, is hosted by Melanie Bracewell and Tim McDonald, who are both in their twenties. The ABC’s Black Comedy has helped make Nakkiah Lui and Adam Briggs household names. The Feed is home to some great sketch comedy from the likes of Jenna Owen, Victoria Zerbst and Alex Lee.

But these opportunities to showcase new talent are few and far between – and The Feed, which does this so well, has also just been dumped from broadcast TV. As of this week, you can only watch the show via SBS OnDemand and social media.

Rajan, who has worked on The Feed in the past, thinks this makes sense. It’s where younger audiences are watching. But she finds it generally frustrating that there are so few places for comedians, especially those from diverse backgrounds, to hone their voice beyond the odd appearance on a panel show.

“It seems like there’s no appetite for risk-taking in the industry from the top down,” Rajan says. “And a lot of good ideas or interesting talent go unnoticed because of that.”

Wil Anderson, who started hosting The Glass House on the ABC when he was just 27, agrees that audiences are missing out on young talent – especially on broadcast TV.

“The level of competition has increased so much since people like me and Hughesy [Dave Hughes] started doing shows. And the level of talent that is available for [on-air] positions is just huge.” 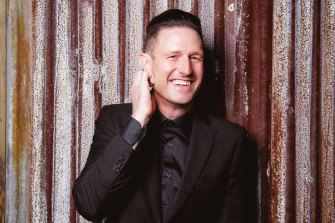 Wil Anderson started hosting The Glass House on the ABC when he was 27.

It’s possible that TV executives are simply not keeping up with this new wave of creatives, he says, but the problem is also structural.

“We are coming to the end of the old school free-to-air television model. And the people who are running out the time on that old model don’t feel like it’s the space to take risks [on new talent].

“You’ll find all these young, brilliant performers behind the scenes, writing jokes or producing segments for people like me. But you don’t necessarily see them so much on screen.”

Tom Whitty, the creator of a new show that is featuring as part of 10’s Pilot Showcase, is trying to change that.

“I come across a lot of new Australian comedy on Instagram and TikTok,” he says. “But it’s a real form of narrowcasting because they don’t have that big opportunity to speak to an entire nation and get familiar with them.”

His series, Time To Die, sees two emerging comedians writing deliberately bad jokes for each other and performing them live at comedy clubs. The pilot, streaming on 10 Play from Monday, features younger comedians Sonia Di Iorio and Tom Cashman, and is hosted by fellow comedians Gen Fricker and Ben Russell.

Though the show hasn’t yet been commissioned for a full series, Whitty is thankful a broadcaster like 10 is considering giving it a go: “The last time I saw stand-up regularly on TV was Tom Ballard’s show [Tonightly] on ABC. And that was quite a while ago.”

The ABC’s decision to not renew Tonightly in 2018 was a huge disappointment to many in the industry – and not just the many young writers and performers who worked on it. 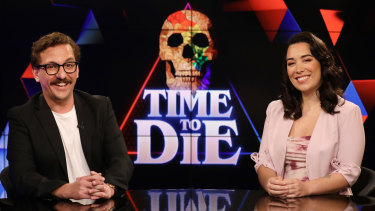 Anderson, for instance, says he’s still angry about it: “The ABC and SBS should be where this new talent [is given time and space to] develop. The ABC should have a young people’s show like Tonightly on every night.”

Tom Ballard, who hosted the show, tells The Age and The Sydney Morning Herald he’s not after any sympathy and has been given lots of support from the public broadcaster over the years (“an exception that proves the rule”).

But, he says, “it’s fair to say the ABC hasn’t done anything since that gave as many new, weird and radical voices a platform as we were able to, and I do think that’s a loss”.

“Honestly, it is bizarre how rarely millennials and zoomers are seen and heard from across the mainstream media in this country; not just when it comes to comedy, but social commentary, hosting opportunities – the lot. And that kinda stinks.

Those interviewed for this story would like to see more stand-up, more “radical, risk-taking” sketch comedy, more shows led by young people (and given time to grow), and more consistent investment from streaming services too.

More than one person was astonished at the fact new talent Aaron Chen doesn’t have his own show. And he’s not the only one being overlooked.

If things don’t change, Rajan says Australia is at risk of losing a generation of writers and performers. Some of our best young creatives are all moving overseas, where their talent is in demand. And, increasingly, she says it “feels like a foolish decision [to stay].”

“I had this really bizarre moment where I was trying to get a meeting with a TV exec here, and then at the same time being contacted by an international scout,” Rajan says.

“I know the industry is larger [in other countries] … but how can the dissonance be so large? How can someone overseas know my work, but I can’t get a meeting in my own hometown?”