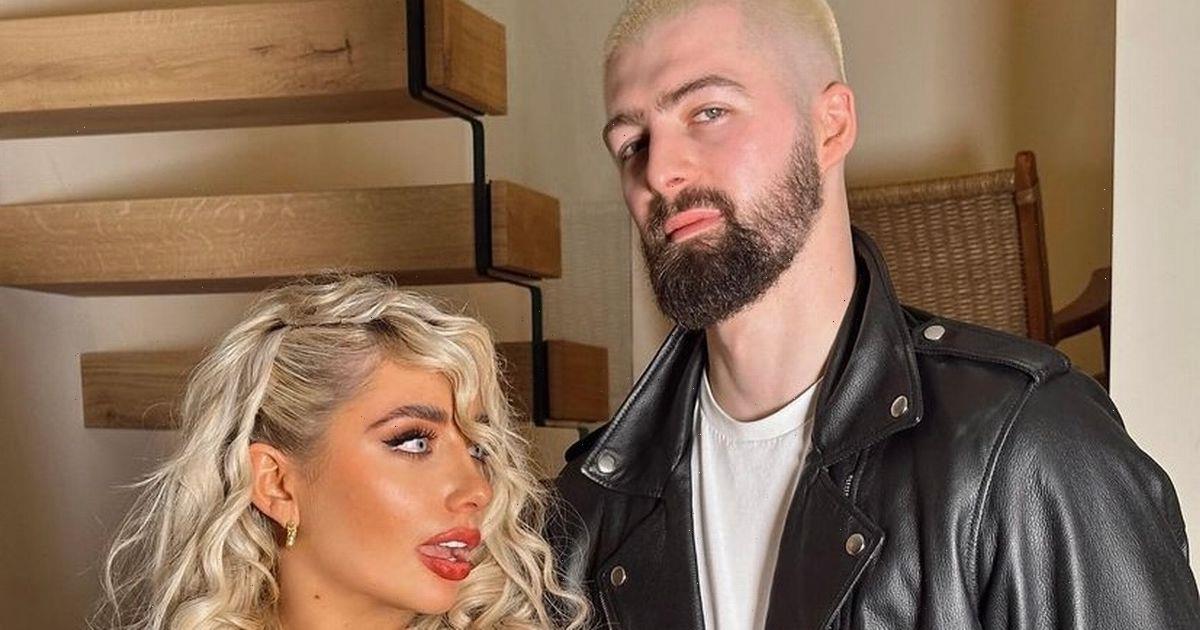 YouTube star Saffron Barker and former Googlebox alumni Tom Malone Jr set tongues wagging earlier this month when they stepped out together at the star studded launch of TV show Welcome to Chippendales, adding further fuel to ongoing romance rumours between the pair.

Saffron, 22, and Tom, 29 first sparked rumours of a romance two weeks ago as they got into fancy dress and both donned leather jackets to become Sandy and Danny from the hit movie, Grease.

Yet despite speculation from fans, Tom appeared to lay any rumours of an ongoing romance to rest on Sunday evening, when an Instagram Q&A saw a fan ask if the star was single.

In a cheeky, but undoubtedly clear response, Tom wrote: “Is the pope catholic?”

But that still hasn’t been enough to convince some fans, especially as Tom’s ex-girlfriend revealed that she and the professional dancer had officially called time on their long running romance together.

Saffron’s earliest known romance, dates all the way back to 2015, when the YouTube sensation was aged just 15 years old.

Striking up a romance with her fellow YouTuber Jake Mitchell, now 23, Saffron dated the star for over a year, with their blossoming relationship soon capturing the hearts of their loyal fanbase.

The couple’s fans even coined the hashtag #Jaffron to celebrate their relationship prior to their split.

Saffron’s relationship came to an end in 2016, after claims he was unfaithful with another YouTuber, Claudia Naya, after Jake allegedly told her he was single.

In the weeks since the breakup, heartbroken fans turned their attention toward Claudia, and began attacking her for ruining the otherwise idyllic romance, something she even admitted in an emotional YouTube video, caused her to drop out of college.

Another rumoured romance of Saffron’s was with fellow YouTuber Joe Weller, after rumours began to circulate of a romantic connection.

This was further fuelled by Joe himself, who cheekily encouraged the rumours by tweeting: “My new girlfriend is @imSaffronBarker.”

However, despite the playful banter between the two, Saffron ended romance speculation once and for all by replying: “I got told yesterday that we're dating, I'm glad we both finally know now..”

Another popular YouTube star, Elliot Crawford, was also briefly linked to Saffron, after both stars appeared in each others videos on the popular social media platform.

However, despite fans hoping for a spark between the two, the couple later admitted they were nothing more than good friends.

In a deviation from her YouTube romances, rumours began to circulate during Saffron’s time on Strictly Come Dancing, that a blossoming romance could be developing between her and her professional dance partner AJ Pritchard.

Reaching boiling point when the pair appeared to kiss during an emotionally charged and highly steamy dance routine, AJ – and his girlfriend at the time Abbie Quinnen – publicly spoke out to quash the rumours, with AJ confirming that Saffron was simply a “great friend” and nothing more.

Love Island star Luca Bish revealed that he dated Saffron for a few months before entering the Love Island villa.

Saffron attended the same school in Brighton as the fishmonger, and after growing close they enjoyed a brief romance.

The former couple appear to still be on good terms, with YouTube star Saffron wishing him luck as he got set to enter the villa last year.

A cosy Instagram snap of Saffron and Luca was recently unearthed, with the duo looking loved-up as they cuddled in bed together.

Saffron’s most recent romance was with Tyler Dixon, after the pair struck up a strong rapport on Instagram before taking the romantic plunge.

In a video shared in August 2020 titled: "meet my boyfriend”, Saffron introduced Tyler to the world, with the pair also often sharing snaps on social media of their loved up holidays together, including to Santorini and Milan.

Speaking about how they met, she told new! magazine: "I started speaking to him online. I know it's cringe, but it was cute – we used to have dates over the phone because it was the only way we could.

"We'd order a takeaway at the same time, or watch the same movie. We'd do quiz nights together. I remember saying to my mum, 'I genuinely feel like I miss him,' and I'd never even met him."

Things between the pair appeared to be going swimmingly, with Tyler even moving into Saffron’s lavish £1million mansion after their whirlwind romance.

However things weren’t meant to be and the couple decided to amicably part ways in November 2021, with Saffron insisting that there was no “bad blood” between the pair, before confirming they would “always stay friends” on her Instagram stories.