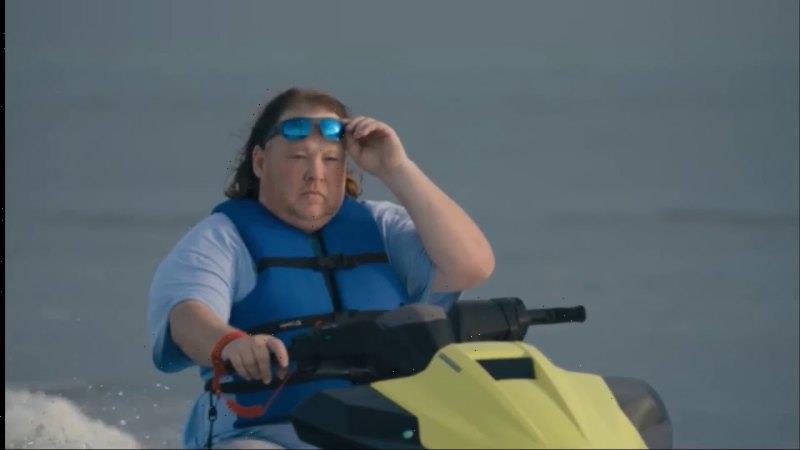 It was March 20, 2020, when the documentary series Tiger King: Murder, Mayhem and Madness arrived on Netflix. On that day, Australia shut its borders to non-residents and the world started to comprehend just how much of a problem the COVID-19 virus would be.

Tiger King and the pandemic would go hand-in-hand or perhaps paw-in-paw. As the pandemic confined us to our couches, Netflix found a captive audience for its series about captive animals, led by an even more captivating subject: Joe Exotic.

Within four weeks of premiering, 64 million households knew all about Exotic (real name Joseph Maldonado-Passage), the mullet-rocking, walk stick-wielding owner of GW Zoo, a big cat park based in Oklahoma. If Exotic was the Tiger King, then animals rights activist Carole Baskin was the Tiger Queen, complete with a floral crown.

The series focused on the pair’s escalating feud – fuelled by Baskin’s attempts to shut down the GW Zoo and culminating in Exotic’s arrest in 2019 for hiring a hitman to kill her.

Exotic, who was recently diagnosed with prostate cancer, is serving a 22-year sentence at FMC Fort Worth Prison in Texas.

Given the success of Tiger King it was only a matter of time before Netflix delivered a sequel. Tiger King 2 (released November 17) picks up where the first ended: Exotic behind bars and Baskin closing in on ownership of his zoo. 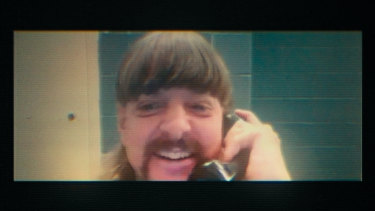 Joe Exotic returns for Tiger King 2, albeit from the confines of a US federal prison.Credit:Netflix

While Baskin refused to appear, other familiar faces return including James Garretson, a former big cat collector turned FBI informant, who played a crucial role in Exotic’s downfall by supplying proof to authorities of his murder-for-hire plan.

Despite the bad blood, Garretson says he wanted to be involved in Tiger King 2 because viewers didn’t get the full story.

“I despise Joe, and he did solicit someone to kill Baskin, but other people should’ve paid the price alongside him,” Garretson says, on the line from Dallas, Texas. 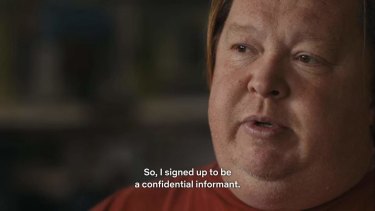 He lists Exotic’s former business partner Jeff Lowe and hitman Allen Glover as those who share the blame – both Glover and Lowe appear in Tiger King 2. Earlier this year, Glover, who testified against Exotic at trial, rescinded his testimony and admitted to perjury. But Garretson doesn’t buy it. 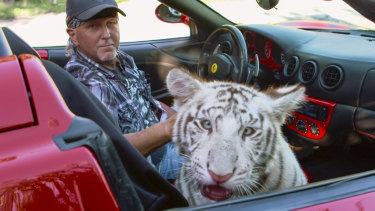 “Glover is a wild man; take him out for a beer or two, and he’ll say whatever you need,” Garretson says. “He was involved in the murder for hire and had every intention of killing Carole.”

As for who else Garretson believes may join Exotic in jail?

“Carole Baskin will be in a cell next to Joe after Tiger King 2,” Garretson says. “With Carole, the producers dug up a lot of fraudulent documents relating to her ex-husband, which could be quite incriminating.” 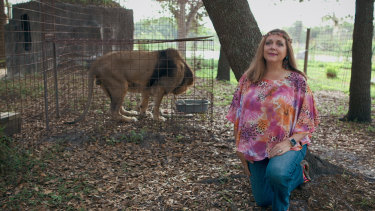 Carole Baskin as she appears in Tiger King. Credit:Netflix

Of all the colourful characters in the Tiger King universe, Baskin seems to polarise viewers the most. Whether it’s her quirky catchphrases (“hey, all you cool cats and kittens”) or the unsubstantiated rumour that she fed her first husband to a tiger (Don Lewis went missing in 1997 and was never found), Baskin generates intrigue.

“I thought she was the most hated woman in America, but she profited off Tiger King better than anyone, she makes a bunch of money off Cameo, she was on Dancing With The Stars,” Garretson says. “The only reason she is famous is because people think she might’ve killed her husband; it’s messed up.”

Baskin and her current husband, Howard Baskin, are suing Netflix for breach of contract after footage of the couple was included in the trailer for Tiger King 2. Their lawsuit states they only signed appearance release forms for the first season of Tiger King.

“Baskin is just scared because season two is way more hectic than season one, and she should be worried,” Garretson says.

The release of Tiger King 2 looks set to reignite interest in the case and the characters and Garretson has regrets about the saga of which he has found himself a key part.

“If I could have my time over, I never would’ve gotten involved with it,” he says. “My heart was in the right place, but it hasn’t been worth it.”

Perhaps the only silver lining is that the series immortalised Garretson as a meme. When viewers are first introduced to Garretson in Tiger King, he rides a jetski in slow-motion. Survivor’s Eye of the Tiger plays in the background as Garretson, tucked snugly into his lifejacket, pulls up and removes his sunglasses triumphantly.

“I had no idea it was going to be funny. I just thought, ‘why are y’all filming this little fat guy on a jet ski?’” Garretson says.

Ultimately, it was Garretson who had the last laugh. He now runs a watersports hire company in Florida, and being an internet celebrity has proven good for business.

“The memes have helped,” he says. “When I’m a sitting on a jetski, everyone knows me as the fat guy from Tiger King, so in that way, it’s been good for business, but who knows how I will be portrayed in this new series.”

Tiger King 2 is on Netflix from November 17.